Opinion: GOP can't crack up, it's not sane 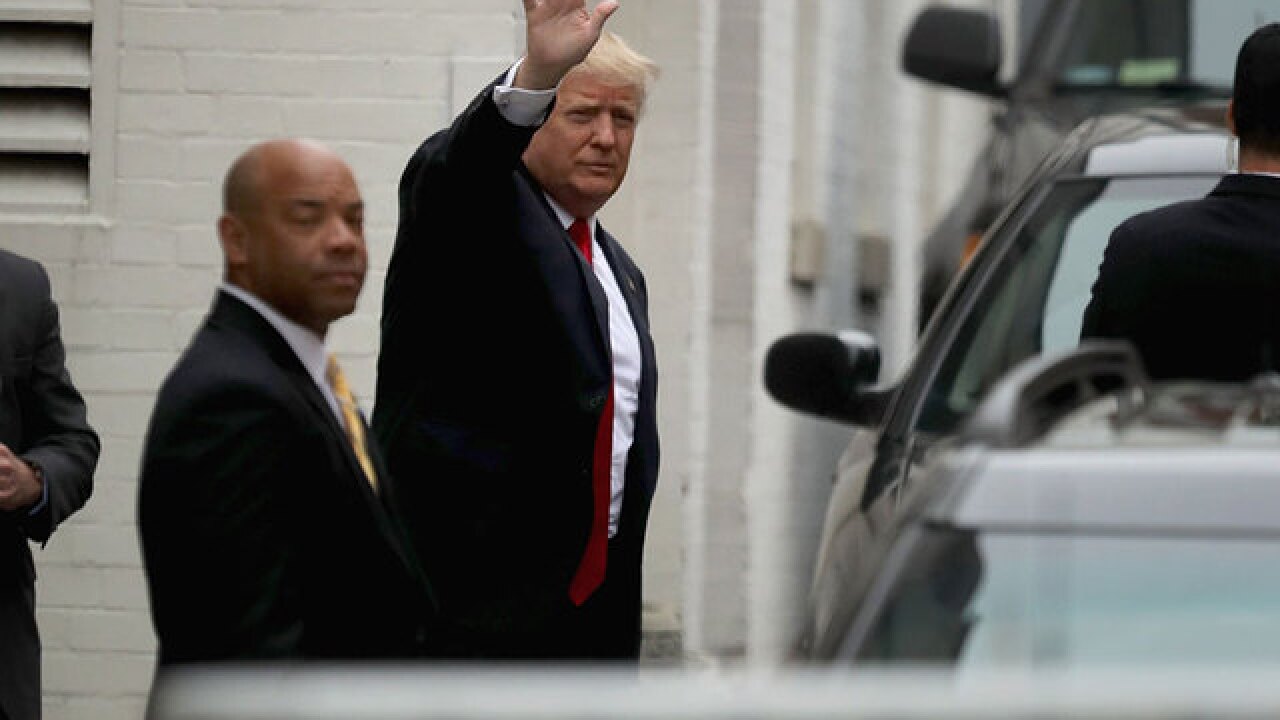 No one, liberal or conservative, has been more relentless, high-minded and intellectually honest than Gerson in combatting Donald Trump and the dark forces of Trumpism. But I have a quibble on this one claim.

The GOP is obviously nuts, but there is not enough evidence to say a full crackup is inevitable. A crackup means factional secessions and civil war. But Republicans are still poised in a phony war; real shooting hasn’t started.

I am not convinced there will be blood. Another conservative columnist, Jonah Goldberg, is right on in saying “… the Republican aristocracy is for the most part bending its knee to the new king, proving that much of the ‘establishment’ is exactly as craven as Trump always claimed.”

Common sense and ordinary language say someone (or some group) must be sane and stable for it to crack up. The GOP has been neither for many years. The GOP “coalition” (a useless word that should be banned) of the white working class, evangelicals, cultural vigilantes and establishment mercantilists had a moment of solidarity in the Reagan years. It has been fragile, fractious and philosophically incoherent ever since.

Still, the GOP won some majorities in Congress, though they were impotent as legislators. The party did elect Bush the Younger twice, but it was weaker when he left town than when he arrived.

There just isn’t a whole lot in the federal branch of the Republican Party to crack up much further. On the state and local levels, the party is stable and more effective than the Democrats. There is a high probability those lower roots of the party can withstand Trump and his sewage. Short of a civil war that spawns a conservative third party, the GOP probably can muddle along as is. That’s what happened after bad spells in 1964 and 1976.

If there were a serious counter-insurgency against the guerrilla Trump, my assessment would be very different. Much of media is acting as if the war is on, but it isn’t, yet.

What I see in the GOP opposition to Trump is different species of gaudy birds trying to fly above Fort Trump but only a few genuine predators. A brief guide:

Owls: These critics appear wise and serious, but they are passive-aggressive and easily ignored. The former presidents Bush won’t come to the convention or endorse the Donald, but they won’t rip him a new one either. Most of the party’s elders and power alumni are on this perch – too nostalgically loyal and polite to bad mouth a new member of the old club, too chicken to blackball him. Reporters make mountains out of their cryptic slights, but they’re only molehills.

Chicken Hacks: This is a genetic variant of Chicken Hawks, the bellicose advocates of George Bush’s Middle East wars who had never served in the military themselves. Many of them are now trying to send a naïve or hubristic warrior to the certain death of a third party candidate. These armchair political voyeurs are called Chicken Hacks. William Kristol is the prototype. “I don’t think it’s easy for the Republican Party to move beyond Donald Trump after he is the Republican Party for six months,” he said, “which is why I think it’s so important someone else step forward.”

So why doesn’t Kristol run? He’s been in government. He’s smooth, well dressed, ubiquitous on TV and he has opinions on everything. Put up or shut up, as Trump would say.

Turkey Vultures: This is the Cake and Eat It Caucus and it includes Paul Ryan, many GOP officeholders and revolving door, political appointees in waiting. They abuse the English language with their weaseling: They will support but not endorse the nominee. Or, they will support the party’s will, but not the nominee. Yada yada. These are vultures circling the looming crash, indifferent to the outcome as long as they can survive on the carrion.

Bald Eagles: The Few, the Proud. The Brave. They have guts and honor, but not much firepower. They started too late, but these pols have attacked and condemned Trump full on, unequivocally: Lindsey Graham, Mitt Romney and the #NeverTrump battalion led by the gutsy Katie Packer, leader of Our Principles PAC. They have gotten excellent intelligence and propaganda support from GOP eggheads, consultants and polemicists: The National Review, The Weekly Standard, RedState.com, David Brooks, George Will, Rod Dreher and many, many others.

The Eagles, however, are in a self-imposed cage. Few will condone voting for Hillary as the only way to block a greater and riskier threat, Donald Trump (the practical and patriotic option, in my own view). A brokered convention and a third party campaign aren’t live options.

So what are their options? Faith in the American voter?

There is no Republican civil war yet. Without a civil war, the party is unlikely to crack up permanently. Whether Trump wins or loses in November, the Republican Party probably will be capable of fighting on – certainly weaker, surely embarrassed, still bipolar and, for many Americans, disgraced.