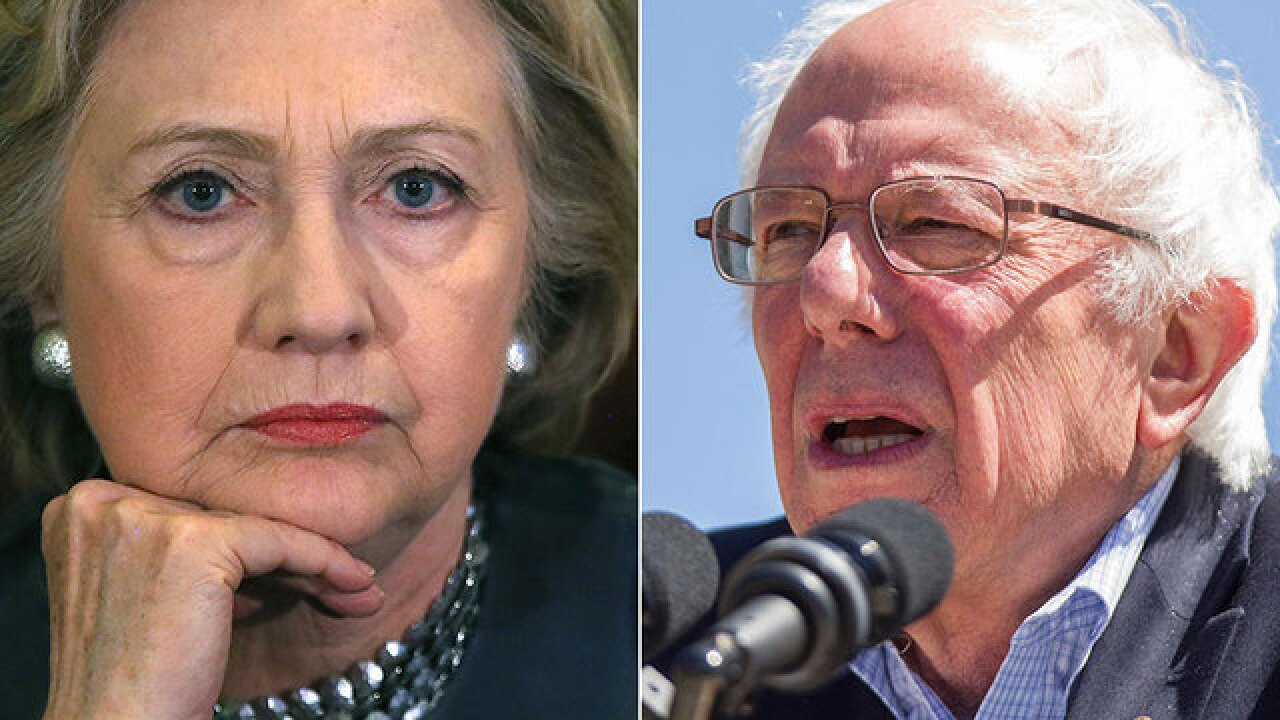 Last Friday when Bernie Sanders spoke to students at Gettysburg College, it was only natural for him to invoke Abraham Lincoln’s famous address.

“You know that anybody who comes within 50 miles of Gettysburg has to talk about the Gettysburg Address,” he told the laughing crowd.

Rather than focusing on the often-quoted beginning of the speech that President Lincoln gave on a bloodstained Gettysburg battlefield in 1863, the Democratic candidate focused on the end, reading out, “That government of the people, by the people, for the people shall not perish from the Earth.”

“The end of that profound speech strikes me as something that is unbelievably relevant to the world we are living in today,” Sanders said. “I think we are in danger of losing all of that, unless we stand up right now and fight for a government that represents all of us and not just the one percent.”

But while Sanders’ may invoke Gettysburg in the midst of his own battle in Pennsylvania, some of his supporters are beginning to come to terms with the fact that the Keystone States’ Tuesday primary could be Sanders’ Waterloo.

“I don’t want to lose hope yet. But … everybody knows mathematically it’s going to be a hard path,” said Brecca Faust, 40, a Ph.D. candidate who lives in Pennsylvania. “I think I would go ahead and vote for Hillary Clinton just because I am really wrought and concerned about government run by corporations. … Even though she is an establishment candidate, hopefully Bernie has pulled her to the left to keep things going and also make some change. Obviously we don’t want 50 percent of supporters to pack up and move and take their toys and go home.”

Sanders campaign manager Tad Devine has hinted that there would be a campaign defining conversation following Tuesday’s results. Last week, Devine told reporters, “We’re a little farther behind in the delegates than we’d hoped to be. But I think if we do well next week, then we can get back on course to have a pledged delegate lead by the time voting ends.”

Five states vote Tuesday, but both Democratic candidates are honing in on Pennsylvania, which has 189 delegates, almost as much as the other four states combined. The most recent poll in Pennsylvania places Sanders behind Clinton at 41 percent to her 51 percent.

Many Sanders supporters are now coming to terms with the fact that it’s likely they’ll be casting their votes for Clinton in the fall—albeit begrudgingly.

“I couldn’t’ see myself voting for any of the other Republicans and Hillary Clinton Is the lesser of the evils. It’s four years of the same as Barack Obama, which is something that I could deal with,” said Olivier Plummer, an 18-year-old student from Queens, N.Y, who recently attended a rally for Bernie in Manhattan. “I could never support Donald Trump. Hillary is definitely not my first choice at all, but if it came down to the two of them, Hillary has my vote.

A poll released in early April found that one in four Sanders supporters said they would not support Clinton if she were to be the nominee in the general election, but when asked to choose between Clinton and Trump, many conceded that they couldn’t vote for the Real Estate mogul.

“I’d consider [Clinton] and I’d be considering Dr. Jill Stein of the Green Party,” said Felix Facchine, an 18-year-old college student at the University of Maryland Baltimore County. “I don’t think Ted Cruz or Donald Trump would be the right direction for this country.”