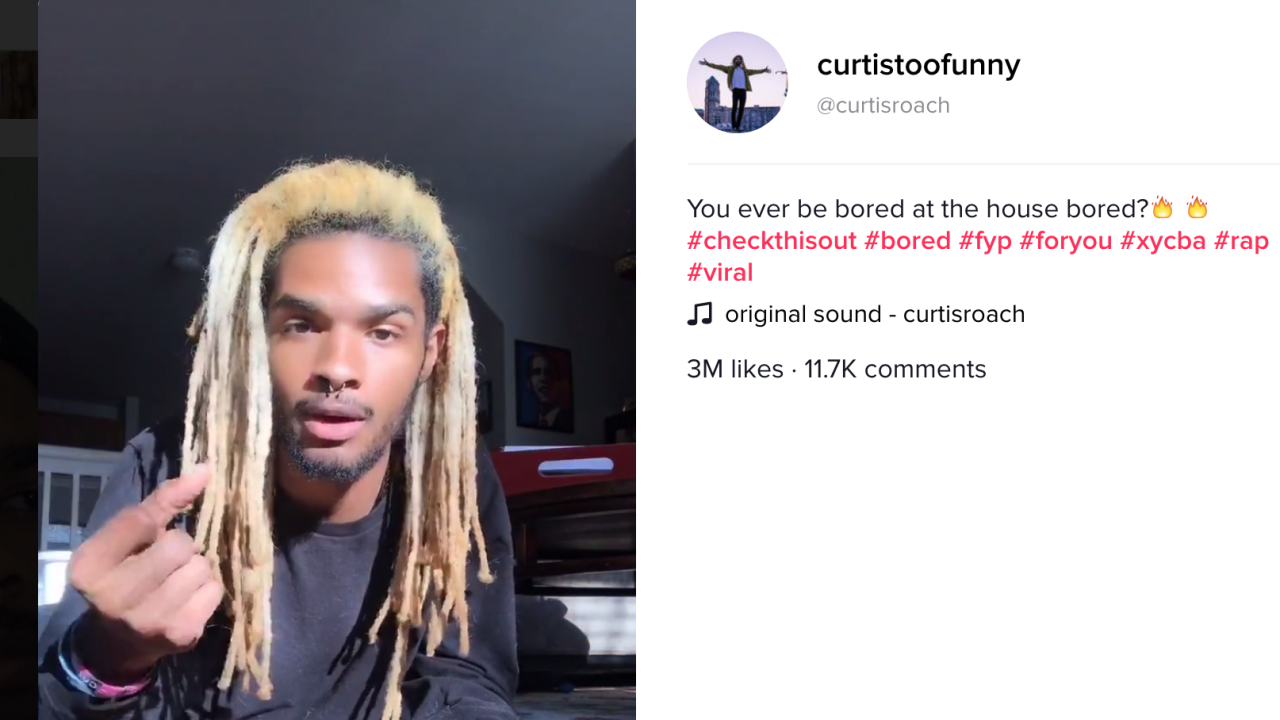 DETROIT — With more than 50 percent of Americans urged to stay home and nearly 20 states under a mandatory stay-at-home order, a Detroit musician's TikTok video has struck a cord.

The song uses some profanity, but the gist of 20-year-old Curtis Roach's song is "I'm bored in the house and I'm in the house bored" set along to a snappy beat and a steady fist pound.

Roach posted the song just a few days after the first case of cornavirus landed in the U.S. He told WXYZ-TV he was truly just bored and writes melodies about his daily life, but he never imagined he would have over three million likes and the song would take off the way it has.

"I didn’t know the lockdown was coming," he said. "That’s when it started blowing up, so many people can relate, we’re all inside stuck in the house."

The song has gone viral and even has multiple celebrities doing a rendition of "Bored in the House."

Here are some of the best remixes, in case you're bored in the house...

Bored in the house with @therealpapav ##foryou ##foryourpage ##family