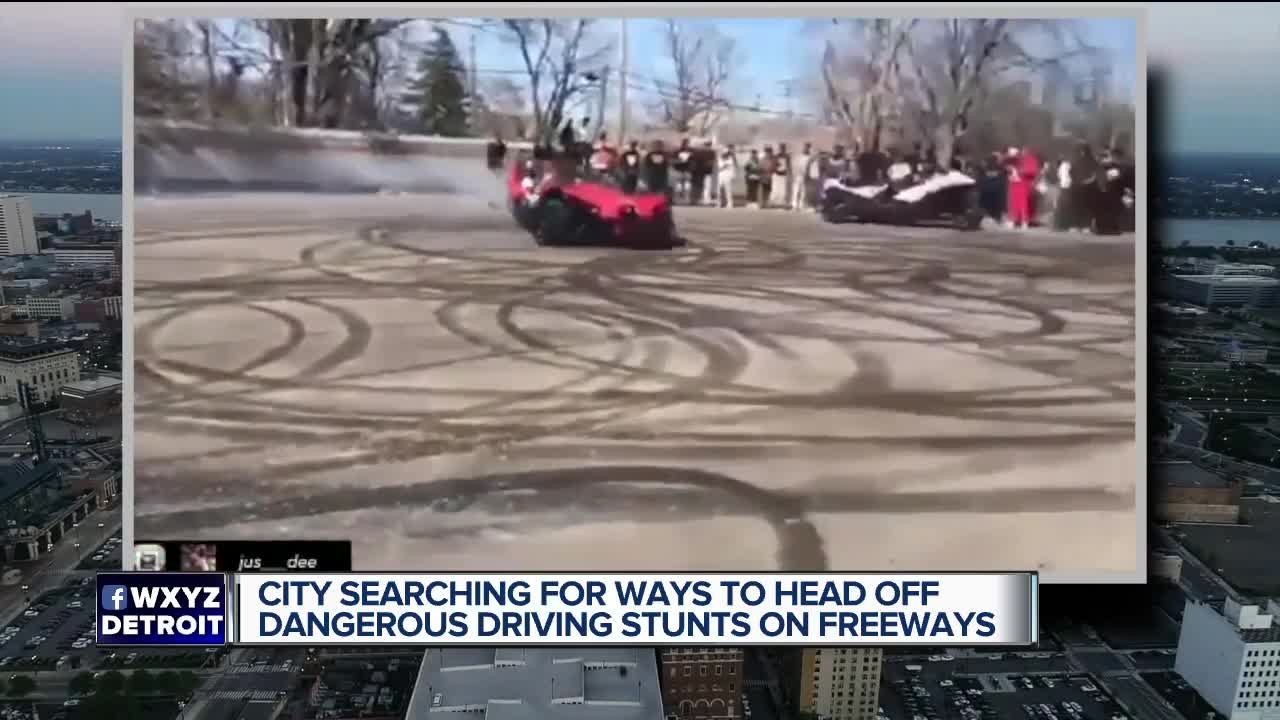 New music by artist 392KY highlights some of the excitement behind drifting or sliding and donuts, but not all of it has been good. Some drivers have caused stoppages on freeways and expensive cars have been seized by police.

DETROIT (WXYZ) — "When you really think about it, what makes it criminal if it's done in a safe way, in a safe location," said Detroit Police Chief James Craig about drivers who do anything from donuts and 360s to what's called sliding and drifting.

Chief Craig is now working on an agreement with a group of drivers aimed at getting those who cause shutdowns on freeways and major intersections to stop. "It really is about safety. We want to work very quickly to find a place where they can have an opportunity to drift, certainly, in a safe way."

"It's a mutual agreement. We're tired of running and tired of them chasing us," said Daryl Hairston of Tripmode Active, a part of what's known as the drifting movement. Drifting is a technique drivers use to force their cars into a slide.

Hairston and Will Quarles joined Chief Craig Tuesday as they talked to 7 Action News about the progress they've made during two meetings with a couple dozen drivers to secure a piece of property where they can do donuts, drift, and slide while keeping spectators safe.

Quarles and Hairston said the majority of drivers are against anyone forcing traffic on freeways and intersections to a halt, and they are working on spreading the message that it's not acceptable to interrupt traffic.

"We're not trying to get in anyone's way," said Hairston. "We're just really trying to have fun."

"Street takeovers and freeway takeovers, it's not safe for nobody," Quarles said.

One driver told 7 Action News that they are keeping their promise to the chief to not take over any more freeways. The young man went on to say that they are looking at things "for the better."

Chief Craig said there are four proposed locations they are looking at allowing the drivers to use, but they are still hammering out issues that include liability, noise concerns, and ownership.

To any critics, Craig said this is not caving in to those drivers who have brought freeway traffic to a halt. He said this is about public safety and officers can't keep chasing these cars all over the city.

Craig said there has not been one shooting when the drivers who drift and do donuts and ATV riders congregate, attributing it to senior members of the groups who keep a lid on anything getting out of control.

"It's always been a way to stop the violence," said Hairston.

Craig said he's included representatives from the automakers in on the discussions because of a broader vision that could include major events that feature the drivers and their skills and techniques in a safe environment.

"They don't have any place to go. They're going to do it. We know that," said Craig. "We want to be part of the solution."