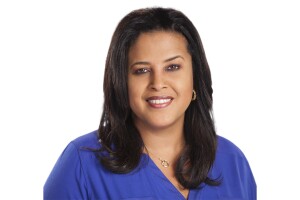 Kim Craig is a news and investigative reporter with her finger on the pulse of metro Detroit.

Kim specializes in crime coverage as a general assignment reporter for Action News. She appreciates the responsibility of covering crime stories, with a chance to both aid in ongoing investigations and to profile the men and women who put their lives on the line to keep metro Detroit safe.

Before joining the Action News team, Craig was a reporter for WTOL-TV in Toledo, where she became the first reporter in the country to air the videotape "DO" from Marshall Applewhite’s infamous Heaven’s Gate cult.

Kim is an active member of Zion Hope Missionary Baptist Church, where she is committed to her community speaking extensively to youth groups and children. She enjoys meeting people and talking to kids, accepting something of a mentor role. Kim is very close to her family, including a brother in the real estate business and her retired parents. Next to God and her family, Kim values most her dogs Dodger and Maggie.

Kim lives in the Detroit area and enjoys hanging out with her friends in downtown Detroit or decorating her house with her family.

Kim fully admits to being a crazy pet-parent to her two adorable dogs, Dodger & Maggie. Kim actually found Dodger, a German Shepherd/American Bulldog mix, in the summer of 2009 while covering a story on Detroit's west side. Someone had abandoned Dodger in the backyard of a home. Kim contacted the Michigan Humane Society to rescue the dog and was able to adopt him several weeks later.

In the summer of 2011, Kim adopted Maggie from the Michigan Humane Society. It was several months after the passing of her beloved Pug, Juicy. And while Maggie's mix of breeds is unclear, Kim often jokes that she must be part horse because early estimates from veterinarians were that Maggie would grow to about 60 lbs. She now tips the scales well over 100 lbs.

If you have any stories or questions for Kimberly email her at kcraig@wxyz.com.