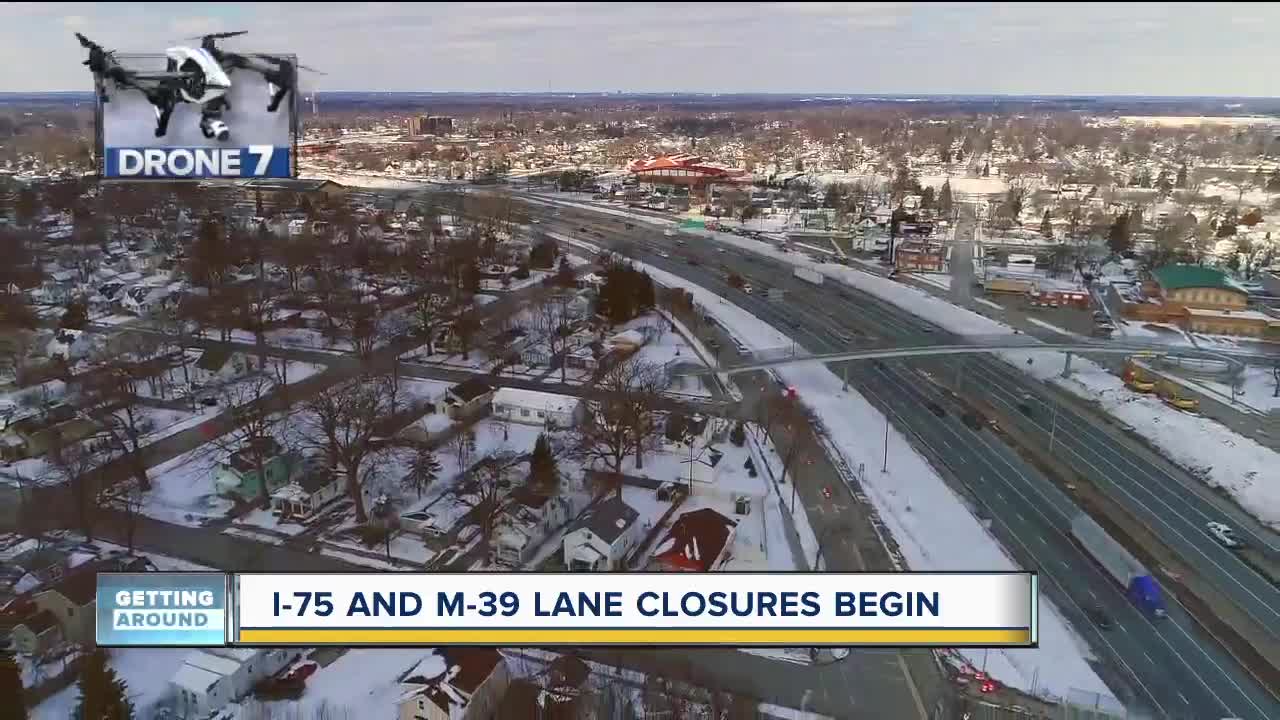 (WXYZ) — Two major projects will be impacting your commute Monday morning as you make your way around metro Detroit.

The weekend closure of I-75 has ended, but the work is not over.

Multiple bridge demolitions kept I-75 closed in both directions as phase three progresses along phase two of the Modernize I-75 project.

While the work finished up over the weekend, only two lanes have reopened between 7 Mile Road and Adams in both directions.

No more than two lanes will be open for the next few months, so plan extra travel time, especially during rush hour.

Northbound and southbound Southfield Freeway will reduced to one lane under Michigan Avenue through the fall.

Michigan Avenue over the Southfield Freeway will have one lane closed in each direction to build crossovers in the median.

On Tuesday, the southbound M-39 service drive will be closed from Michigan Avenue to Rotunda Drive for aproximately two weeks, then will reopen to one lane through the fall.