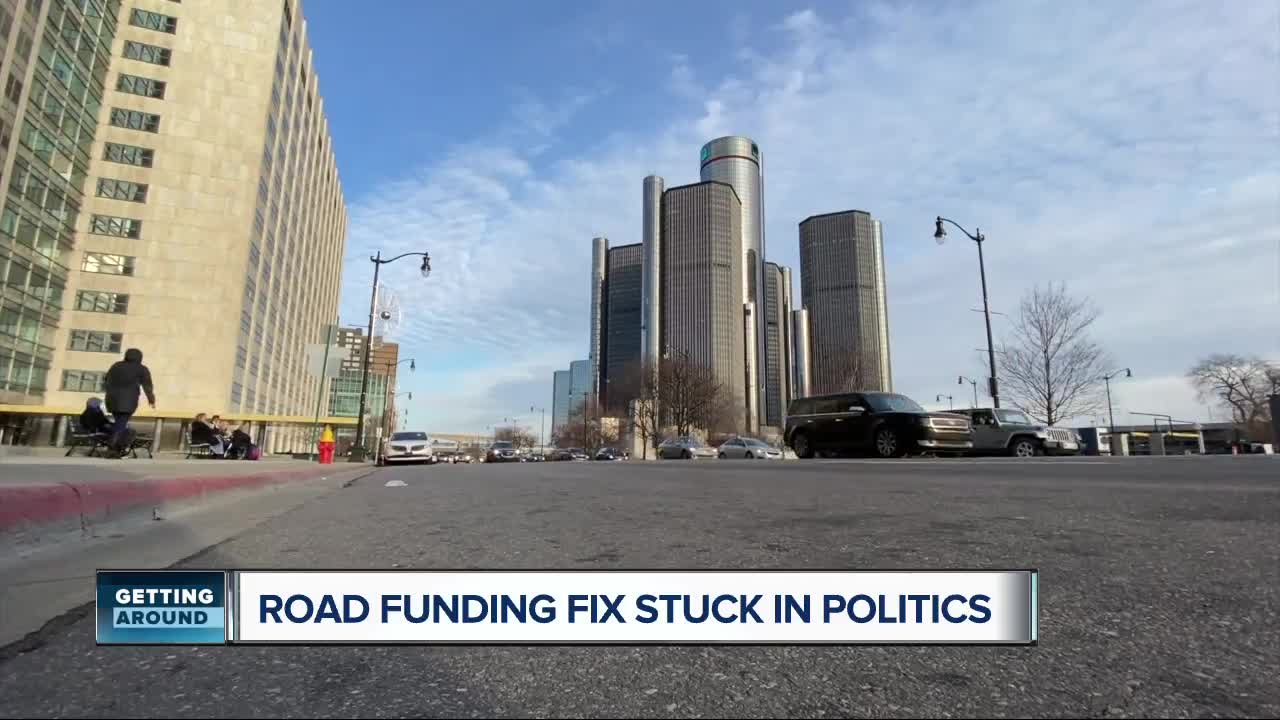 As we approach the end of the year, crucial roads funding for Michigan still hangs in the balance in Lansing. It's money Gov. Whitmer promised, but it never came to fruition during a contentious budget impasse this fall.

(WXYZ) — As we approach the end of the year, crucial roads funding for Michigan still hangs in the balance in Lansing. It's money Gov. Whitmer promised, but it never came to fruition during a contentious budget impasse this fall.

This week lawmakers made some progress, agreeing to undo nearly $600 million nixed earlier this year.

Gov. Whitmer blocked nearly $1 billion in spending via line item vetoes amid a stand-still over the proposed roads funding.

“They took the votes this week and those were the negotiated terms that we struck and so I am eager for the bills to hit my desk," Gov. Whitmer said Friday in Detroit.

Fixing state roads was a central campaign promise, and something she said is still a top priority despite Republican backlash to her initial funding plans.

“I’m going to continue to move forward and we’re going to fix the damn roads," she said.

“We all have to travel the roads. I don’t see what the hold up is and what the problem could possibly be that we can’t get it done," said Chantal Whitman, who's driven on Michigan roads for most of her life. Actually seeing them fixed she said, feels like a pipe dream.

Earlier this year Gov. Whitmer tried to get a gas tax approved in order to bring in money to fix the roads.

"I know that the 45 cent gas tax was not something that they embraced warmly, but it was an honest solution and that's what I ran on," she said.

All this, as drivers enter into one of the worst times to drive in Michigan.

“I’ve had to like replace a tire rod here and there just because in inadvertently falling into a pothole that’s turned into almost a monolith," said Royal Oak driver Anthony Weaver.

Gov. Whitmer will give her state of the state at the end of January.

We asked her about a new long term roads funding plan.

"As we are working on what our next steps are, I’ll let you know when we’re ready to announce something," she told 7 Action News.