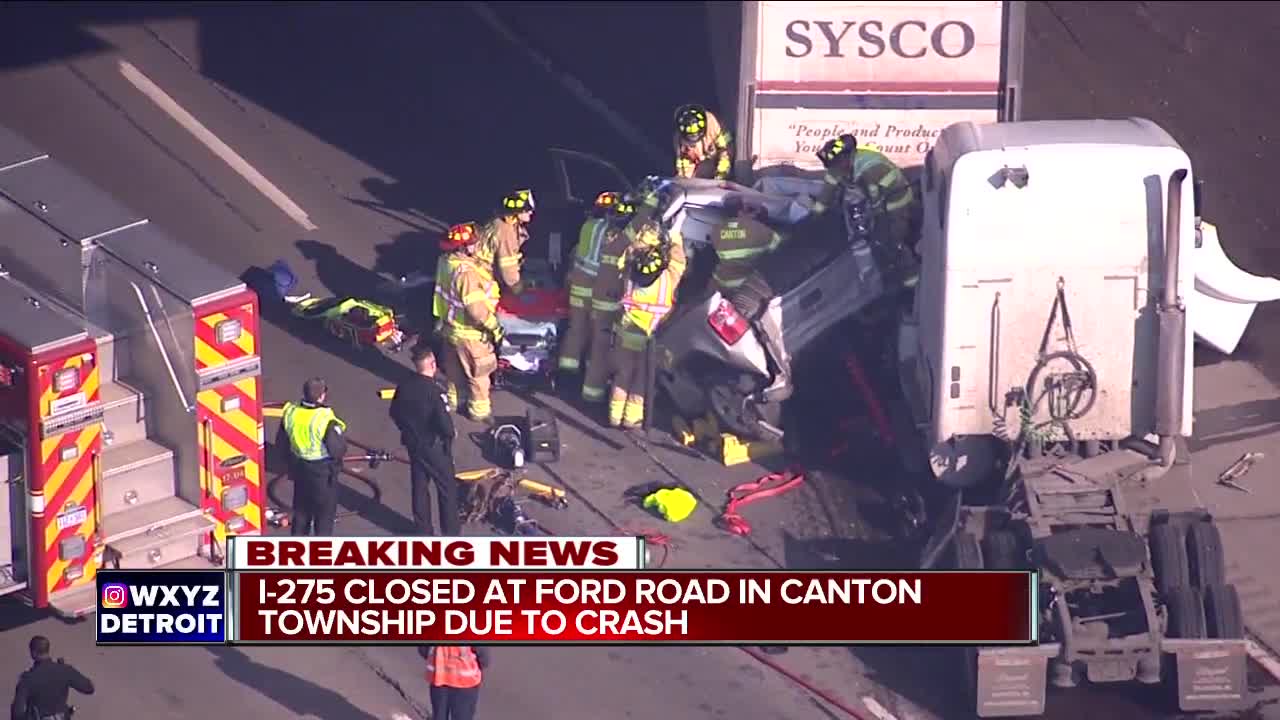 A major crash has closed northbound I-275 at Ford Road in Canton.

(WXYZ) — A major crash that closed northbound I-275 at Ford Road in Canton has been cleared.

Chopper 7 was over the scene and showed an SUV and at least two semis involved.

The highway had been closed since around 11 a.m.

Police are still investigating the cause of the crash.