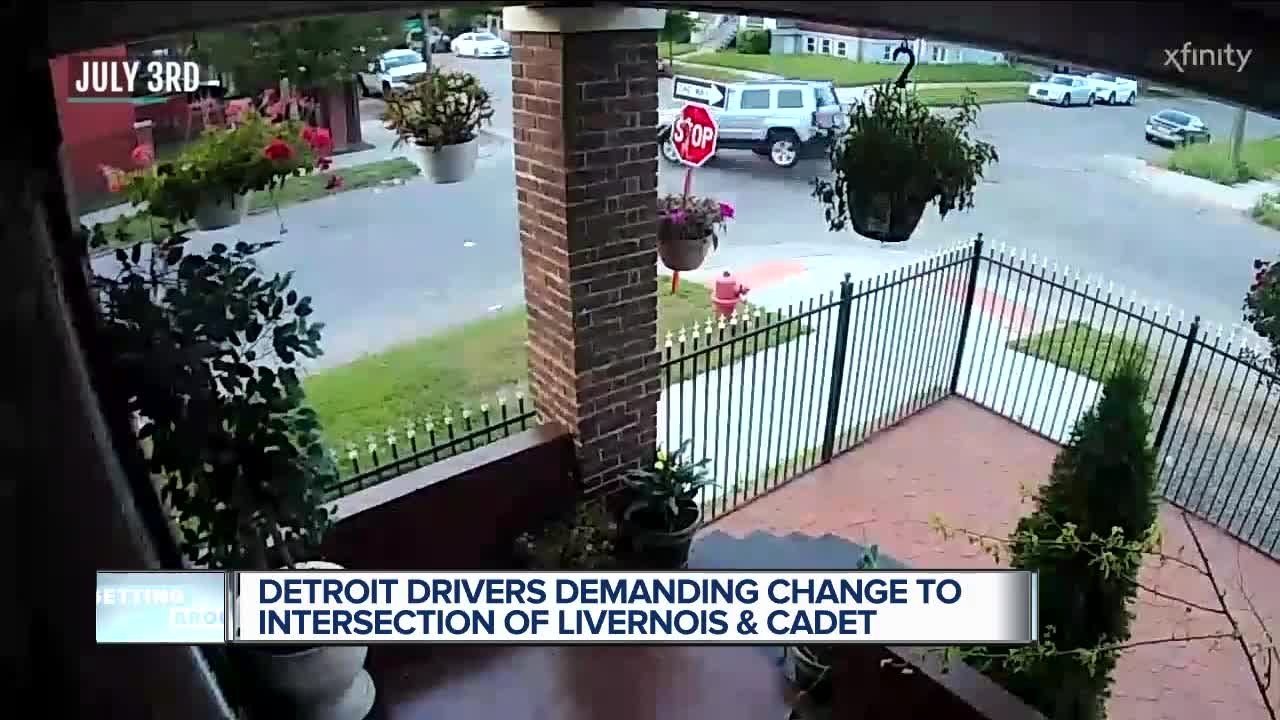 Detroit drivers are demanding changes to the Livernois andCadet intersection, calling it dangerous.

DETROIT (WXYZ) — "It's dangerous," said Jennifer Ridky who said she's seen too many accidents at the intersection of Livernois and Cadet in southwest Detroit. "They need to put up a light,"

Three recent crashes were caught on video from a nearby home's surveillance camera.

The latest crash was Sunday.

"Whenever I'm outside the gate, I feel like I'm exposed to the cars," said Natalie Barajas who lives in a corner house.

There is a stop sign at Cadet, and even if drivers come to a complete stop, some said part of the problem involves vehicles that are parked on the side of Livernois, often obstructing a clear sight to any oncoming vehicles on Livernois.

There was another collision last Tuesday. But it was a crash on July 3 that brought a lot of attention when an undercover Michigan State Police trooper ran the stop sign in his silver SUV and another vehicle crashed into them.

"People are always speeding down Livernois," said Gerald Laurain who lives near the intersection.

"They need a light," said Ron Garland which is something others we talked to would like to see installed.

Ron Brundidge, who heads up the City of Detroit's Department of Public Works, said they will look into concerns from citizens, but he said recent crashes appear to have been caused by people not driving safely.

Anyone concerned with an intersection they believe is hazardous, can call Traffic Engineering at 313-224-1610.

No tickets were issued.

Within 30 seconds of that crash, the trooper who ran the stop sign jumped out of his vehicle and ordered the other motorist to the ground and he was placed him under arrest. That man was later released and we're told the conduct of the troopers at the scene is under investigation by their Professional Standards section.