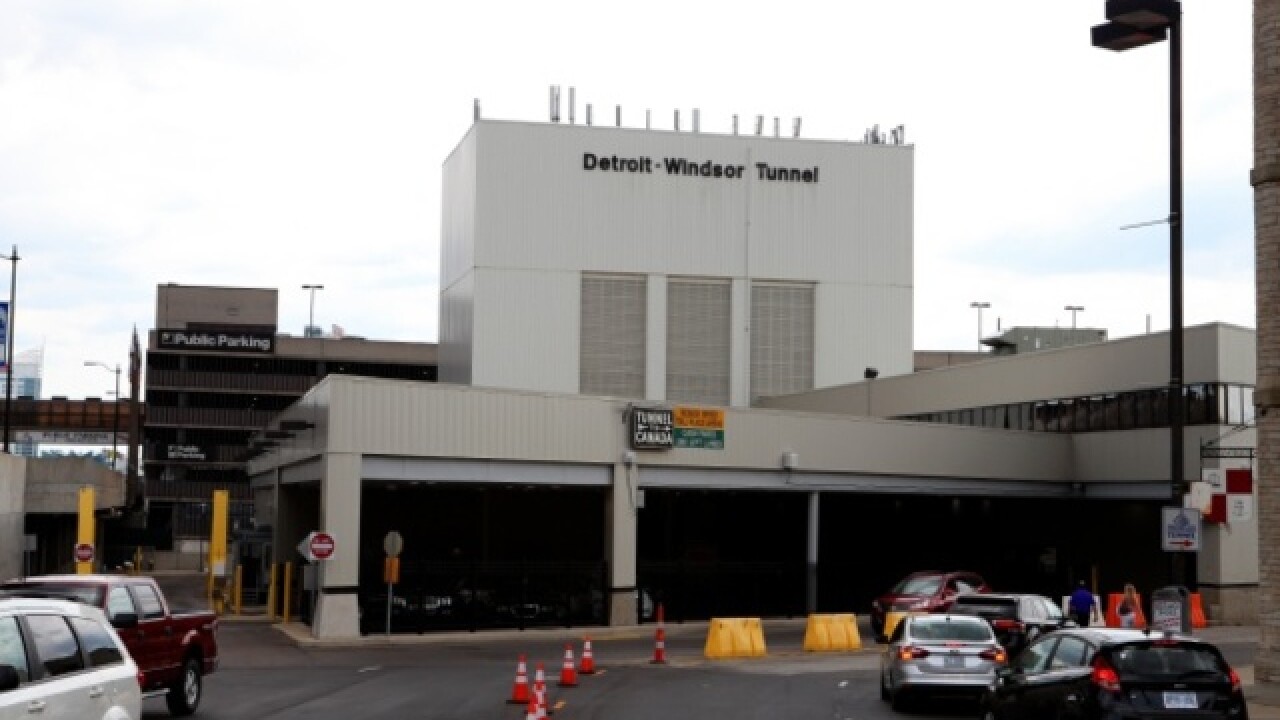 Copyright Getty Images
Raymond Boyd
<p>DETROIT - JULY 18: Motorists make their way in and out of the Detroit - Windsor Tunnel on July 18, 2014 in Detroit, Michigan. (Photo By Raymond Boyd/Getty Images)</p>

DETROIT (WXYZ) — A massive $22 million renovation project on the Detroit-Windsor tunnel will wrap up soon after two years, but nightly closures during the week will resume once again as they work to complete the project.

Beginning on June 23, the tunnel will close between 9 p.m. and 5 p.m., Sundays through Thursdays, until July 19. The tunnel will remain open on June 24 to accommodate the fireworks show on the Detroit River, and will be open July 4-6 for Independence Day.

The closures are necessary to complete some of the ancillary work, but the renovations have been "substantially completed."

They began in January 2017 and included replacement of the 89-year-old tunnel's concrete ceiling, as well as masonry, electrical work and other infrastructure improvements.

“We know that thousands of people rely on the tunnel every day, and we would like to thank them for their patience and understanding during this important renovation work,” Detroit-Windsor Tunnel President Neal Belitsky said. “This work was important to ensure that the tunnel will continue to be the premier gateway between Windsor and Detroit for years to come.”

The public will be advised in advance of any closures that are scheduled after July 19.