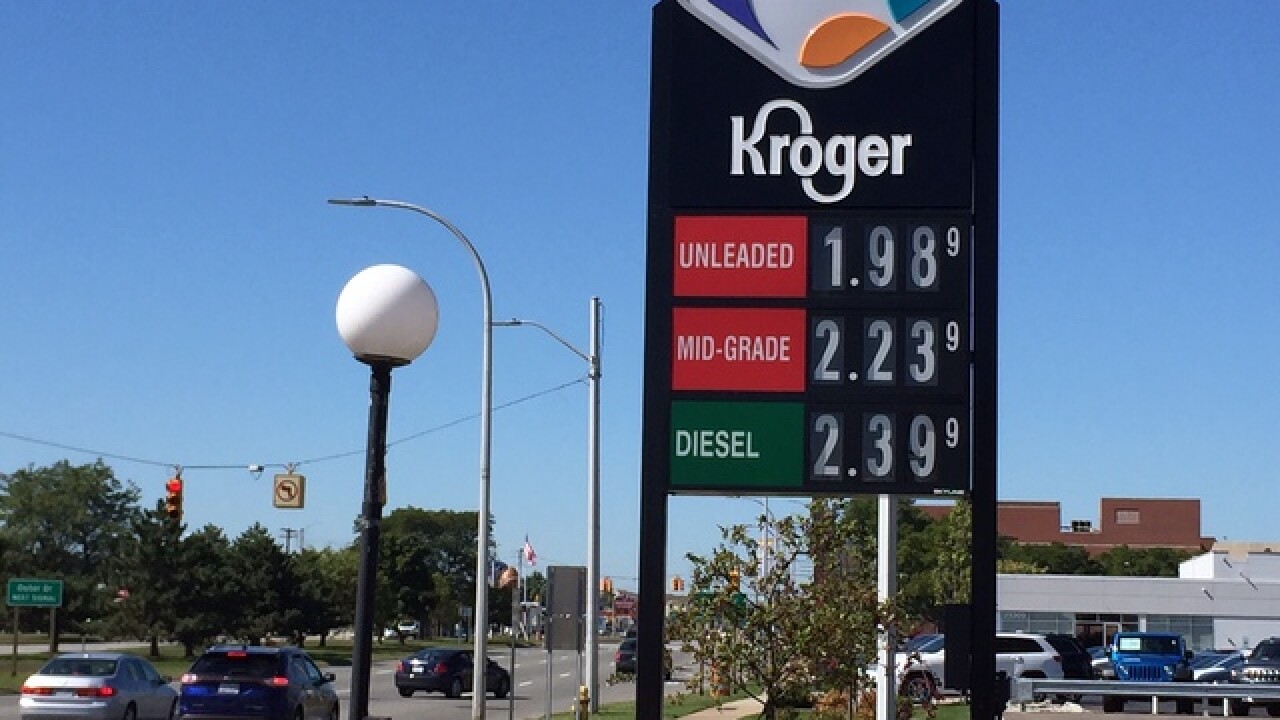 (WXYZ) — After seeing several declines in gas prices in Michigan and metro Detroit, the state set a new 2019 high gas price average on Thursday and a massive surge this week.

According to AAA, gas prices rose 17 cents in Michigan and 14 cents in metro Detroit. While prices are up, they are still down nearly 30 cents compared to this time last year.

Michigan ranks 19th for most expensive gas prices. Traverse City, Marquette and Jackson have the highest average gas price ranking from $2.33 to $2.35, while Flint, metro Detroit an Ann Arbor have the lowest ranging between $2.23 and $2.29.

"Drivers continue to find gas prices that are well below what they paid this time last year," said Nancy Cain, spokesperson, AAA - The Auto Club Group. "Low oil prices have helped keep gas prices relatively low, so far this year. However, prices should bounce higher this spring, as demand climbs and refineries switch to a more expensive-to-produce summer-blend gasoline. AAA forecasts the national average to peak around $2.75 per gallon by Memorial Day weekend."