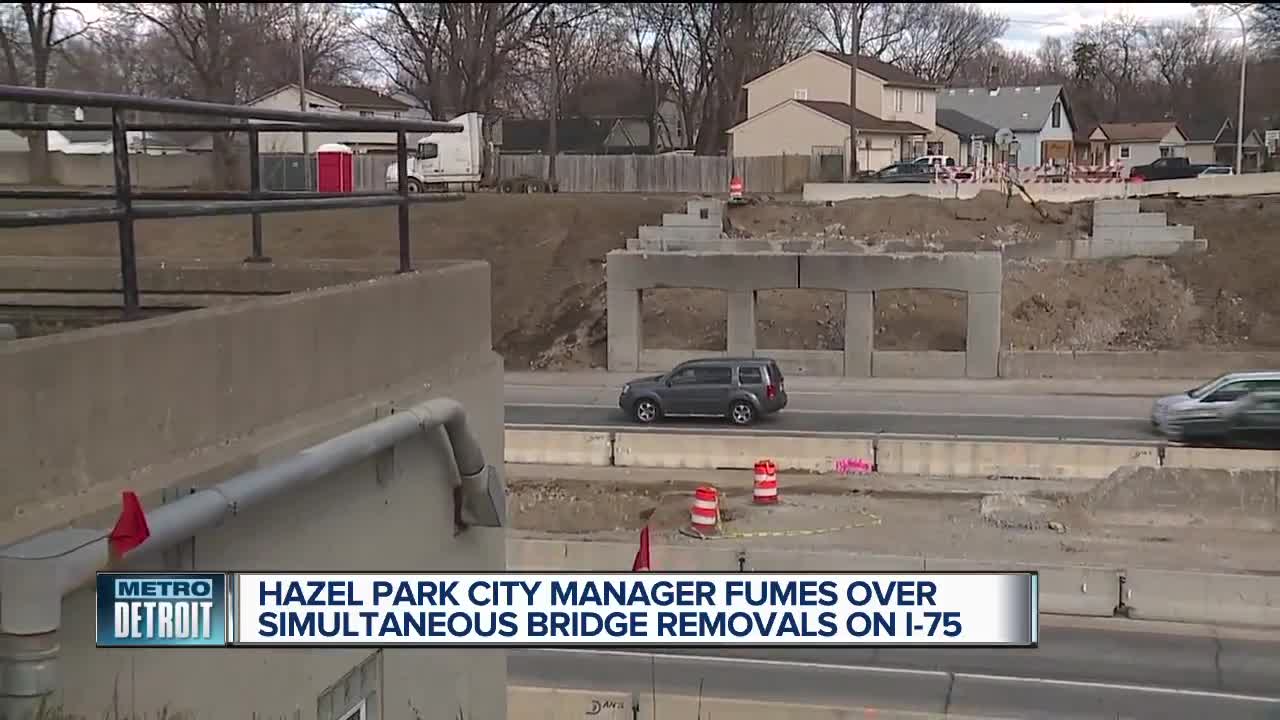 Drivers waiting at the stop light at the John R. bridge and the I-75 access road in Hazel Park were visibly frustrated while sitting in traffic Wednesday.

HAZEL PARK, Mich. (WXYZ) — Drivers waiting at the stop light at the John R. bridge and the I-75 access road in Hazel Park were visibly frustrated while sitting in traffic Wednesday.

“It’s a big headache. The traffic, it’s all backed up," said one driver.

And if you live or regularly drive in Hazel Park, that’s likely to get worse this weekend, as the third of three major vehicular bridges comes down as part of the I-75 Moderninzation Project.

It's a years-long, more than $1billion initiative to improve an 18-mile stretch of the busy freeway; work that Hazel Park city manager Ed Klobucher agrees is necessary. However he's not happy with the schedule.

“Three bridges being down at the same time in one little city like this in this densely populated of an area, that is a hardship," he told 7 Action News.

Klobucher pointed out that because Hazel Park is cut in half by the major freeway-- the crossover bridges are vital for the city’s some 16,400 people to get from one part of Hazel Park to the other.

Woodward Heights and the E. Myers vehicular bridges are already down, but adding John R. to that list this weekend he said— could have an impact on emergency vehicle response among other things.

"MDOT engages in a robust public involvement process for all major projects, including the 75 modernization project. Communications with all affected Oakland County communities along the corridor have been ongoing, not just this year but over the past decade," MDOT spokesperson Diane Cross said in a statement to 7 Action News.

“I’m glad they’re fixing it, it will get better for the city," another driver said.

The City of Hazel Park has a fire mutual aid pact with Ferndale and Madison Heights, which Klobucher said will help emergency response times while the MDOT work is being completed.