Here's an update on summer construction projects across metro Detroit 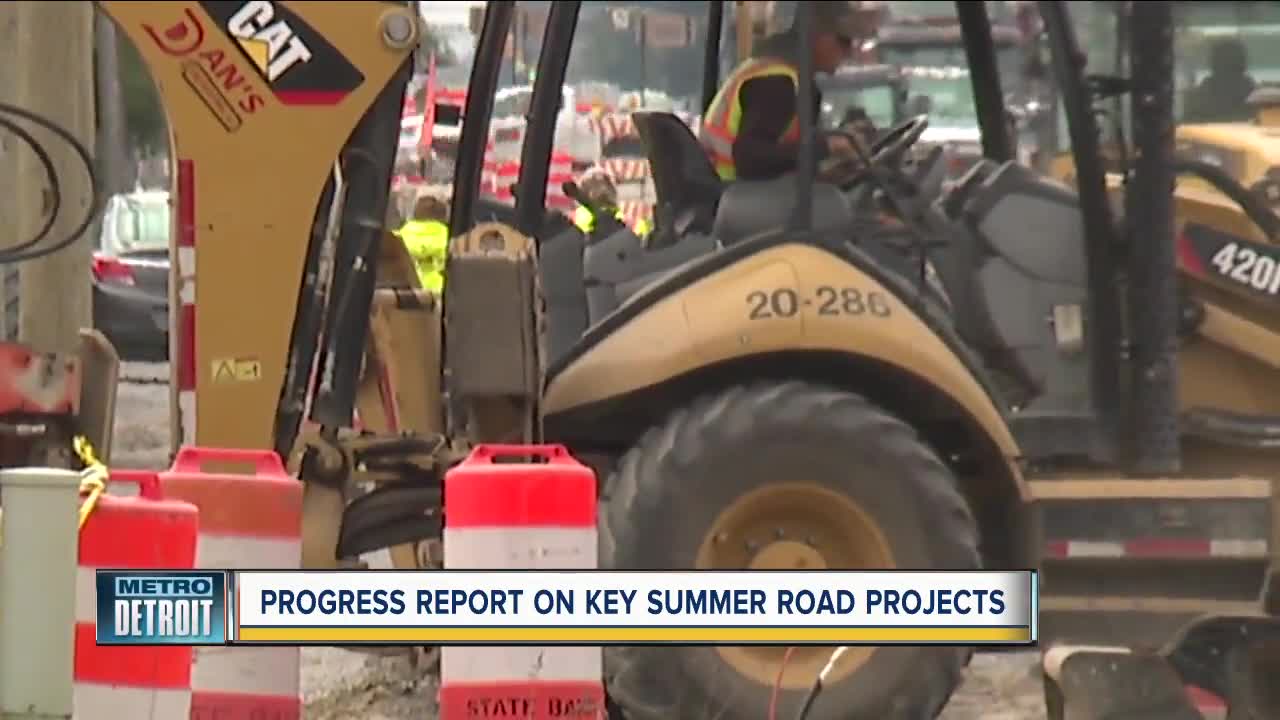 Summer is fading fast, but summer construction projects are expected to last late into fall with this year’s construction schedule.

(DETROIT) — Summer is fading fast, but summer construction projects are expected to last late into fall with this year’s construction schedule.

Here’s a look at some of the major projects in our area that are still underway:

A major revamp of I-94 is taking place, including the reconstruction of 6.7 miles of freeway between the 94/96 interchange. That includes 67 bridges, and six railroad overpasses — there will also be new interchanges at I-94/M-10 and I-94/I-75.

This year’s work is coming along as expected, including bridge replacements at French, Concord and Brush in the city of Detroit — which are expected to be open by Thanksgiving.

An MDOT spokesperson tells 7 Action News that the work is on schedule for original competition dates with the exception of the ramp from I-94 heading east to the Lodge Freeway — that ramp was prepared to open on Labor Day, but is now expected to be completed in November after substructure issues were discovered.

This MDOT project was originally scheduled to be completed in 2030, but the timeline was sped up for a 2020 completion date.

Within the new timeline, there are various segments, including the final two that are taking place simultaneously right now.

Segment 2 extends north of 13 Mile to an area north of Coolidge Highway — the expected wrap date is fall 2020. Construction remains on schedule, which included sound wall construction that began to go up this year — similar work will continue in the winter months.

I-75 Road and Bridge Project

As part of the I-75 modernization project, there are more than 20 bridges being repaired, or rebuilt — work began this spring and remains on schedule to wrap up this fall.

According to MDOT, this will be complete in late October, or early November as planned.

This is part of an Oakland County Road Commission project that extends from Long Lake Road to South Blvd on John R Road in Troy.

The $16.2 million project is mostly funded through federal aid with City of Troy funds included, the project will include two miles of asphalt reconstruction, an added lane and various drainage, sewer and hydrant improvements.

The project started in late April and is on schedule to finish in late Fall.

If you’ve been to a concert at DTE recently, you’re likely aware of the ongoing construction on Sashabaw Road extending from I-75 to Clarkston Road in Independence Township.

This Road Commission of Oakland County project remains on schedule to finish in late Fall.

In Southgate and Brownstown Township, the Dix Toledo Highway bridges have re-opened, but according to the last update made by Wayne County’s Department of Public Services, the pair of bridges need more repairs.

The county was hoping to have the bridges fixed in five months back in 2018, before the project extended into 19 months. The bridges were re-opened, but with only temporary fixes — more work needs to be finished later this year before they’re fully fixed.