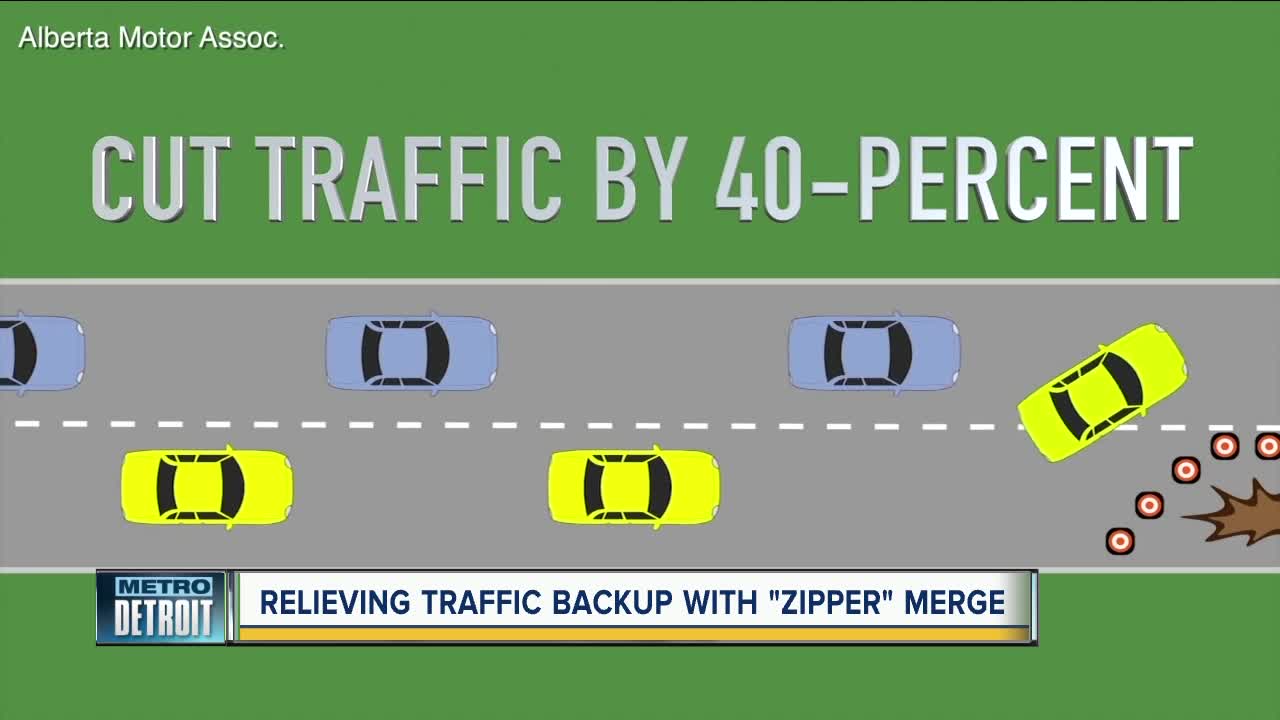 (WXYZ) — Traffic jams stink, but the experts say that you're likely doing it wrong. In fact, they say we can all shorten our traffic waits if we use what's known as the "zipper method."

Experts say that last minute-mergers aren't the bad guys – in fact, you can cut traffic by up to 40 percent if you merge at the last minute, according to the Albert Motor Association.

Some spots in Michigan are even starting to post "zipper merge" signs. It's called a zipper because when you do it right, every other car goes – fitting just like the teeth of a zipper.

“So what we really want is everyone to fill up both lanes up to the point where you’re going to merge, and then take turns merging one after the other — into the one lane where there is construction going on. And that’s a safer use of space, and a safer situation for the work zone as well," said MDOT spokesperson Diane Cross.