I-75 construction to ramp back up this month 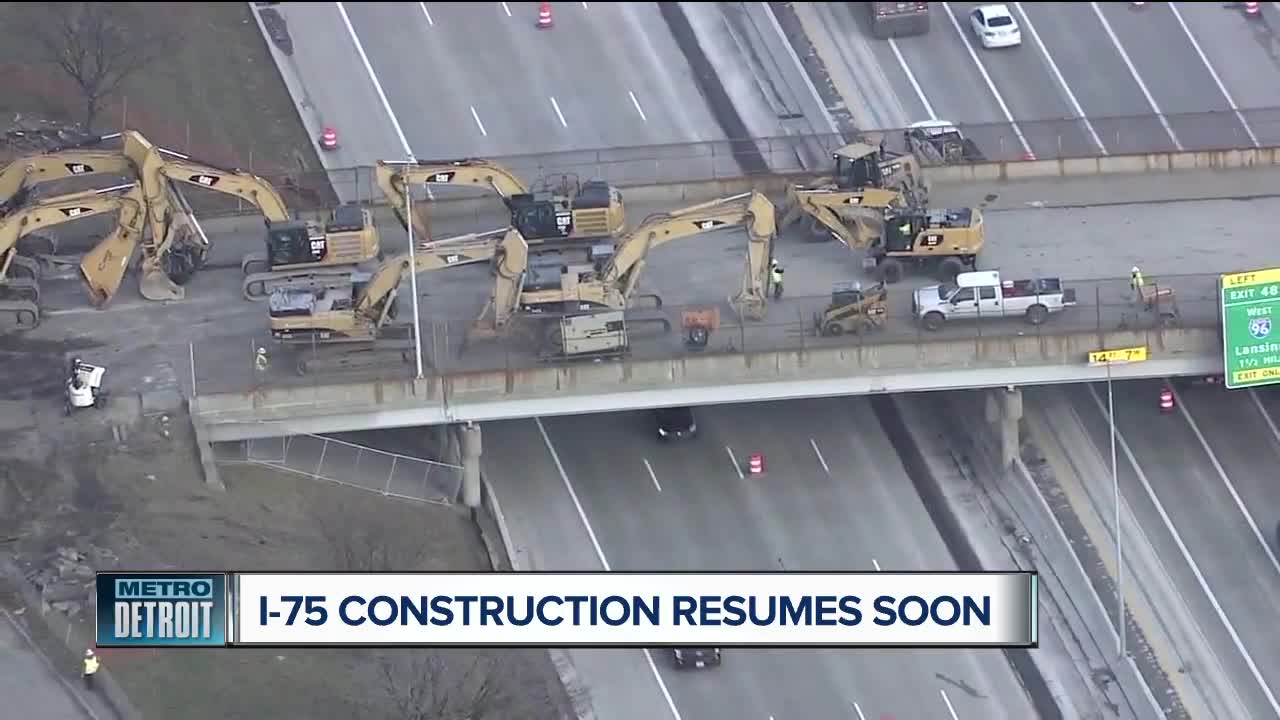 If you have been enjoying the break in construction on I-75, heads up, the break is about to end.

HAZEL PARK, Mich. (WXYZ) — If you have been enjoying the break in construction on I-75, heads up, the break is about to end.

The Michigan Department of Transportation says starting at the end of this month, construction crews will be back at work.

Since 2017, the Modernize I-75 Construction project has been underway as MDOT brings an interstate designed in the 1960s up to 21st century standards.

As winter weather came in December. drivers got a break from orange barrels, detours, and construction. It was a short break. Work is resuming this month.

“At the end of February, the last weekend starting the 28th, we will begin to demo some bridges right there in Hazel Park,” said Rob Morosi, of the Michigan Department of Transportation.

You can see a map of the Modernize 75 project here. Segment one has been completed from north of Coolidge Highway to north of South Boulevard. Segments 2 and 3 are underway.

This construction season that is rapidly approaching will bring construction on about ten miles of I-75. Traffic will be down to two lanes. Local roads are going to see a lot of extra traffic as people try to avoid the interstate.

It is going to make getting around metro Detroit a challenge for many.

On Thursday, February 13 there will be an open house-style meeting to inform the public on the upcoming construction on Segment 3 of the I-75 modernization project. Segment 3 is located between 8 Mile and 13 Mile roads. The work in 2020 will involve rebuilding northbound I-75 from 8 Mile Road to I-696.

The meeting will take place from 4 - 7 p.m. at the Hazel Park Recreation Center.

This modernization project when it is done will impact I-75 from 8 mile to M-59. Brace yourself and pace yourself. It will not be done until 2023 if all goes as planned.