List of street closures, bus reroutes and parking in Detroit for Thanksgiving Day 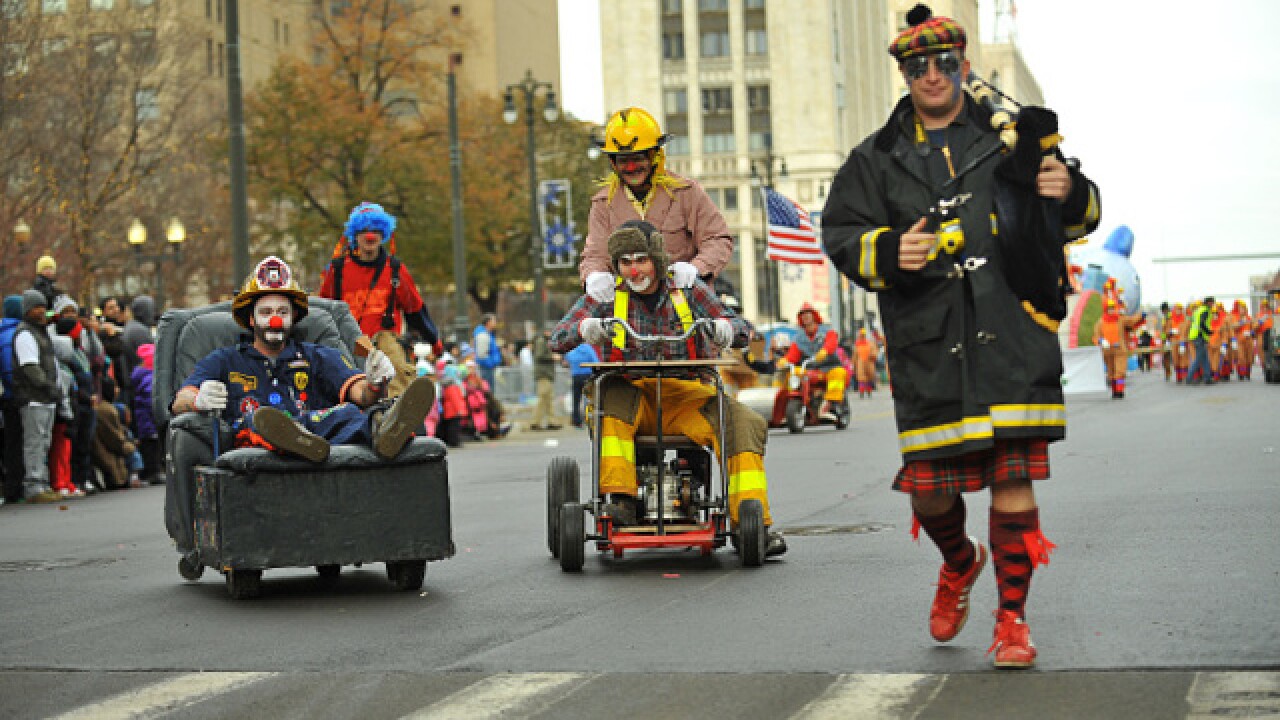 DETROIT (WXYZ) — The city of Detroit has released a list of street closures, bus reroutes and parking available for America's Thanksgiving Parade, Turkey Trot and the Lions game all being held Thanksgiving Day.

Here's what you need to know:

Motorists traveling to downtown Detroit on Wednesday, Nov. 27 and for the parade on Thursday, Nov. 28 should note the following road closures.

Woodward Avenue from W. Grand Blvd. to Jefferson will be closed completely from Wednesday, Nov. 27 beginning at noon until the conclusion of the parade on Thursday, Nov. 28.

Emergency vehicles will be allowed to cross Woodward Avenue at Warren, Mack/Martin Luther King, Alexandrine and the Fisher Freeway Service Drive until 6 a.m. on Thursday, Nov. 28.

The following streets will have limited access beginning at noon on Wednesday, Nov. 27:

Michigan at Cass
Fort Street from Trumbull to Woodward
Congress from Shelby to Randolph
Larned from Shelby to Randolph
Shelby from Congress to Michigan
Michigan from Cass to Woodward
Monroe from Woodward to Randolph
Lafayette Blvd. from Trumbull to Griswold
Washington Blvd. from Adams to Congress
Atwater from Civic Center Dr. to Third
In addition, the southbound Lodge exits at W. Jefferson/Cobo and Larned Street (Exits 1A & 1B) and the northbound Lodge exit at W. Jefferson (Exit 1A) will be closed during the entire Turkey Trot. The Larned exit will reopen after the Turkey Trot ends.

Individuals coming downtown for the Thanksgiving Day races and parade and Detroit Lions game can ride the Detroit People Mover (DPM) free from 7 a.m. to 6 p.m., as part of the People Mover’s Customer Appreciation Day.

All 13 stations will be open, with the closest to the parade route being Grand Circus Park, Broadway and Cadillac. View the DPM system map at www.thepeoplemover.com.

As a result of street closures for the Thanksgiving Day events, DDOT customers can expect delays beginning at 6 a.m. Thursday, Nov. 28. Eastside bus routes will lay over at the Detroit People Mover’s Bricktown Station on Beaubien north of Larned. Bus passengers are encouraged to ride the DPM at no charge on Thanksgiving Day to continue their travels. Bus passengers that need to get to the eastside routes from the Rosa Parks Transit Center may ride the People Mover to the Bricktown Station (Please see DDOT personnel at the station for the transfer). Eastside bus routes will resume regular service to the Rosa Parks Transit Center after 6 p.m.

DDOT will operate on a Sunday schedule on Thanksgiving Day for all regular routes at regular fares. For more information, please call DDOT’s Customer Service Office at (313) 933-1300 or go to www.RideDetroitTransit.com.

Parents can find lost children at the Detroit Police Department Downtown Services, 20 Atwater, or by calling (313) 237-2850.