MDOT to build sound wall between I-75 & Troy neighborhood 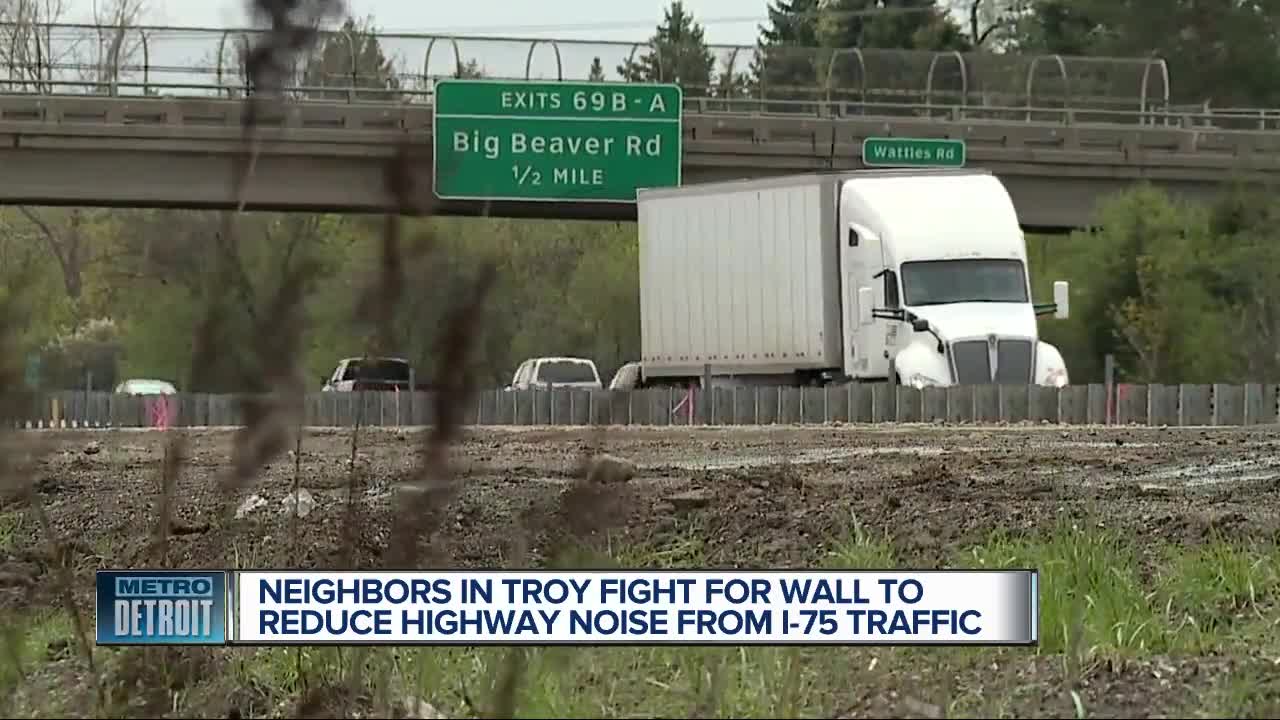 MDOT is now backtracking, saying they will in fact build a sound wall along I-75 in Troy.

TROY, Mich. (WXYZ) — People who live in one Troy neighborhood are overjoyed at news from the Michigan Department of Transportation. MDOT says it will be building a sound wall between I-75 and Carter Avenue.

Neighbors called 7 Action News after to voice concerns and call for this.

The reason is a larger sound wall would be needed to be effective and it was not in the budget.

“I feel like I mean nothing in the eyes of the government,” said Helene West, a neighbor.

She called on MDOT to keep its promise in a story that aired earlier this month.

MDOT responded to our story. MDOT spokesperson Rob Morosi says MDOT leaders met with federal officials to find a solution. Even though the sound wall required is more expensive than typically approved - they found a way. Neighbors found out during a meeting with MDOT Monday.

“I think it shows the heart MDOT has that they went and fought for us and came up with the right solution,” said Bob Kush, a neighbor.

“I am so grateful to MDOT and to you. I believe your news report was instrumental in them reversing their decision,” said West.

We are committed to covering transportation issues in metro-Detroit. If you have a story we should cover contact us at gettingaround@wxyz.com. You can also reach Kim Russell at krussell@wxyz.com.