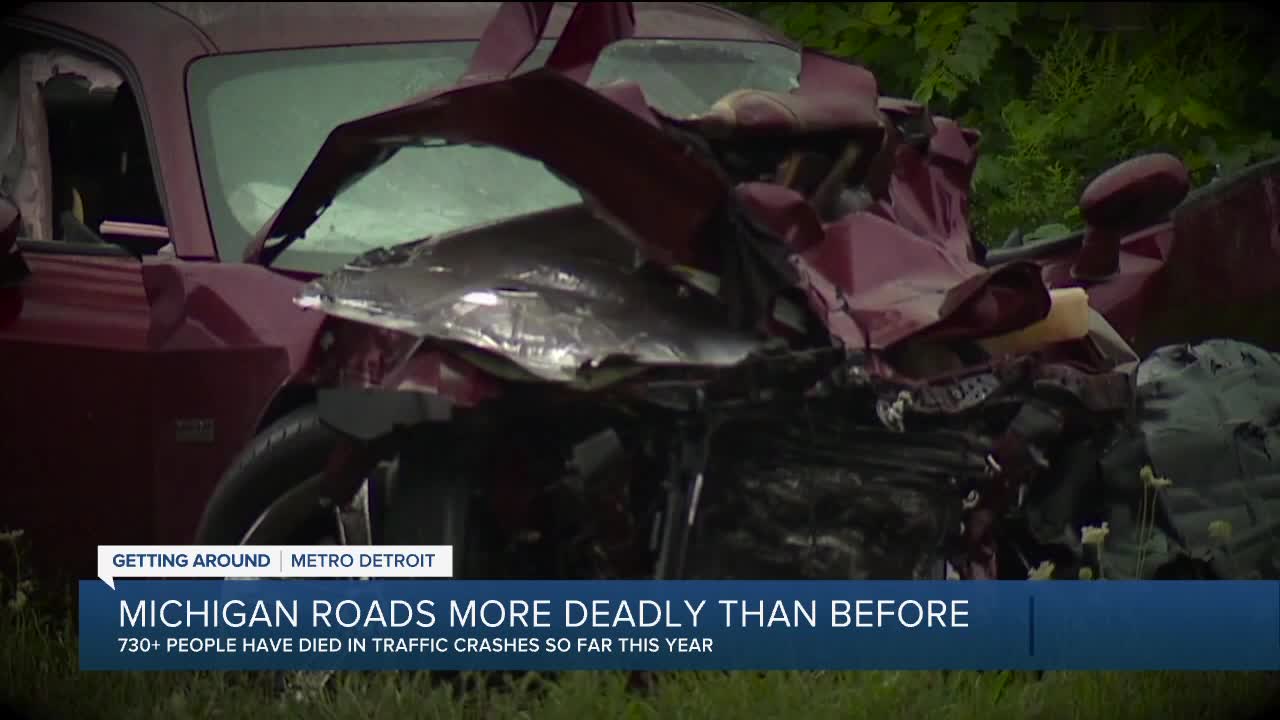 If you assumed that the roads are now safer because more people are off the roads and working from home, you would be wrong. Michigan State Police released data that shows your drive is potentially more deadly.

DETROIT (WXYZ) — If you assumed that the roads are now safer because more people are off the roads and working from home, you would be wrong. Michigan State Police released data that shows your drive is potentially more deadly.

The number of serious injuries has slightly decreased. However, at the same time, the number of deaths has increased.

Thirty-three-year-old Jiwyna Harlan was driving on a Saturday afternoon with her children at Chalmers and Seymour on Detroit’s east side when a speeding car slammed into them. Her children survived. Jiwyna lost her life.

Her sister says she leaves behind seven children who will never forget the loss of someone who lived for being their mom.

“She loved them and she was a caring mom. She would do anything for her kids,” said Shirley Butts of her sister.

Michigan State Police say here in Michigan this year, as of Tuesday, September 22, 730 people have lost their lives in traffic crashes. That is a staggering 58 more lives lost than this time last year.

“And you have to take into account that from March until May we were all under a stay at home order,” said Lt. Michael Shaw, of the Michigan State Police.

Why is this happening? Lt. Shaw says it is possible people think they can get away with traffic crimes because they believe police are less likely to pull them over during a pandemic. He says troopers are still pulling people over and are reporting more recklessness.

“We are seeing one car crashes where people are driving too fast. For some reason, they decide not to wear their seat belt. They are getting angry for no reason,” said Lt. Shaw.

In the case of the crash that killed Jiwyna Harlan, police say two teens driving a stolen Dodge Challenger took off at a high rate of speed when police tried to stop them for a traffic violation, then hit her.

Each crash is unique, but many could be prevented if people made better choices.

“To get behind the wheel and start speeding. Or to even do things that are reckless. We have to be accountable for our actions. Think of the hurt and pain that people endure with such tragedies,” said Shirley Butts, asking drivers to keep safety in mind, in honor of her sister.