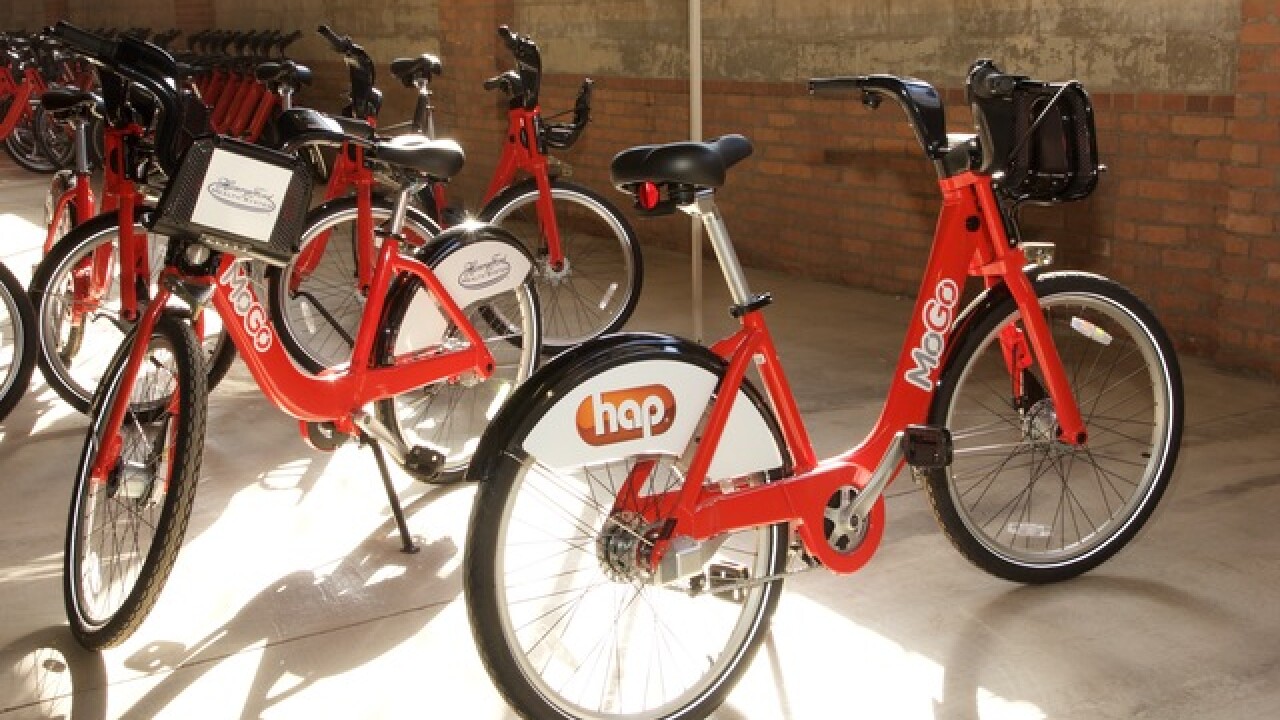 Copyright 2017 Scripps Media, Inc. All rights reserved. This material may not be published, broadcast, rewritten, or redistributed.
Jeremy R Miller

DETROIT (WXYZ) — MoGo Detroit, the bike-share system in the city of Detroit, launched a massive expansion into northwest Detroit and southern Oakland County on Thursday.

According to MoGo, they have now added 31 stations and 140 bikes to the Livernois and McNichols corridors in Detroit – as well as stations in Ferndale, Royal Oak, Oak Park, Berkley and Huntington Woods.

The expansion nearly doubled MoGo's bike system, and there are now 75 stations and 620 bikes across Detroit and southern Oakland County.

Previously, MoGo would offer a day pass for $8 which gave someone unlimited 30-minute rides for an entire day, with rides over 30 minutes costing $4.

Now, the company has two different options. The first is an $18 prepaid pass which provides 2 hours of ride time that can be broken up into several trips or used at once. Unused minutes do not expire, and trips that extend beyond the pre-paid ride time will be 25 cents per minute. The other option is a pay-as-you-go pass which costs $1 to start and 25 cents per minute.

For members, the ride time increases from 30 minutes to 60 minutes, with new pricing of $20 per month for a monthly pass, $90 per year for an annual pass for $5 per year for an access pass for those on state assistance.