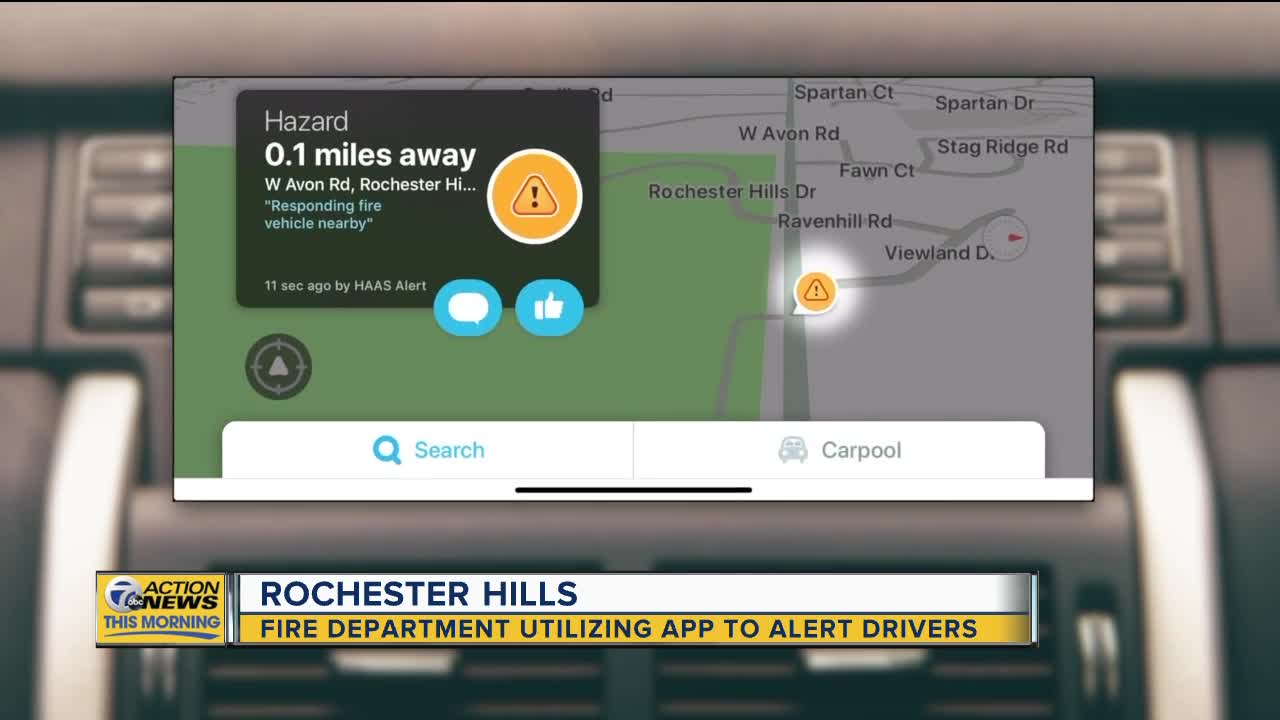 “It protects both the firefighters and the civilian drivers on the road,” says John Lyman, PIO for the Rochester Hills Fire Department.

Even conscientious drivers like Katelyn Sanders don’t always see emergency crews in time to move over.

“They just come up so fast, sometimes it’s hard to catch em,” she says.

At least seven first responders in the U.S. have been killed already this year according to the U.S. Fire Administration.

Rochester Hills is piloting a new alert system. They started last March with four vehicles, and now, all of their emergency vehicles are participating.

“They alerted over 3,000 drivers just in December,” Lyman says.

Here’s how it works:

When the siren is activated, a signal is transmitted through a box on the vehicle's dashboard to Waze app users in about 15 seconds.

Waze users driving through Rochester Hills will be alerted whether the crew is stopped in front of them or coming from behind.

“Whether it’s responding on the call or it’s already on scene, it’ll continuously send out that alert. So, drivers can see it when they are driving and when it’s slowed down,” Lyman says.

“Even if you are listening to music, it’s usually through your phone anyway, it would override that and let you know there’s an alert behind you, so that would be really helpful,” Sanders says.

“The more alert systems we have, the lights, the sirens, the air horns and now this nav system ... it’s a great way to keep all the roadways safe,” Lyman says.