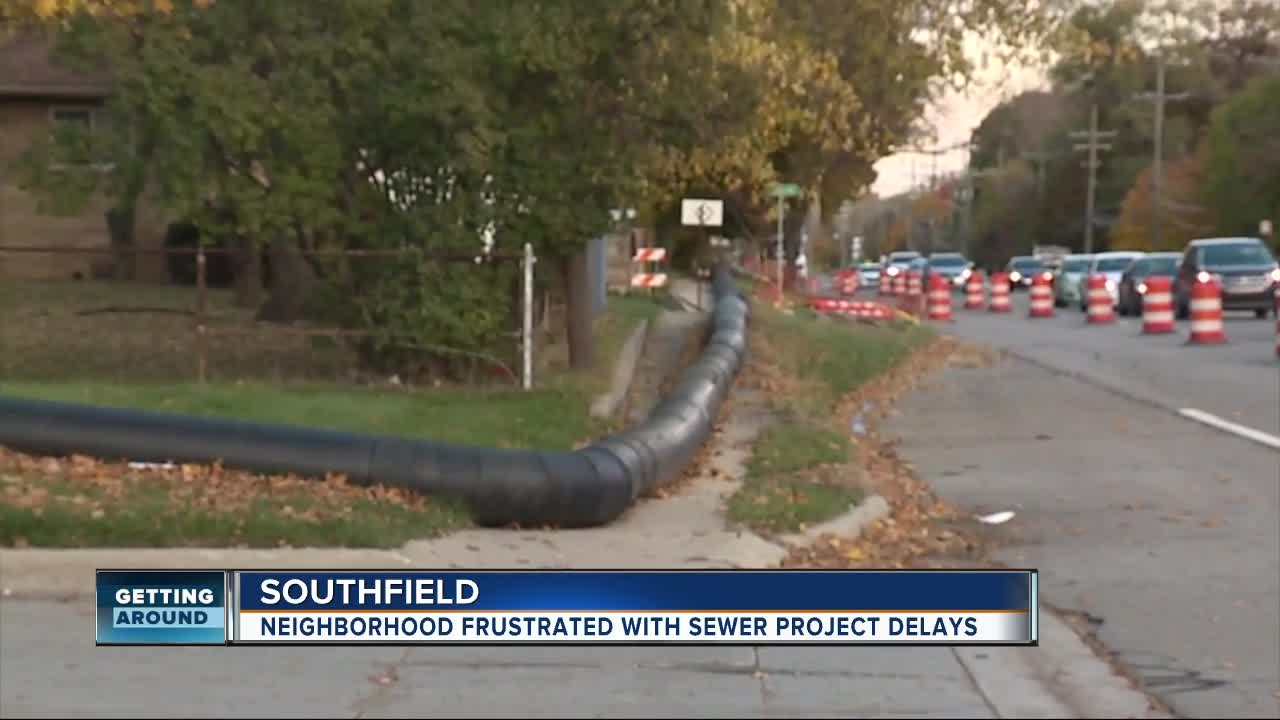 "It's been a nightmare," said Renee Drake about the delays with work on a sewer line that runs near her home in Southfield. "The problem is we don't know what to expect."

SOUTHFIELD, Mich. (WXYZ) — "It's been a nightmare," said Renee Drake about the delays with work on a sewer line that runs near her home in Southfield. "The problem is we don't know what to expect."

The work falls under Oakland County's Water Resource Commissioner, and the work that started in August was supposed to have been wrapped up by September.

But a temporary sewer line is still blocking a number of the roads that lead into the neighborhood just north of 10 Mile and east of Berg Road.

Renee and other residents said they didn't have any warning that the sewer line work was even beginning several months ago and they now wonder when it will end because they rarely see anyone working on site.

Renee is the vice president of the Burgh Pointe Neighborhood Association, and she says she and their president have been trying to get answers for homeowners on when the work will resume and the reasons behind the delays.

Renee said she even called the City of Southfield and was told that the "contractors walked off the job."

But County Engineer George Nichols tells 7 Action News that no one has walked off the job.

He said that the old concrete sewer line had become corroded by hydrogen sulfide (H2S) and the contractor, Lanzo Corporation, was having trouble adhering a felt liner to the inside the the sewer lines.

He adds that the delays have been due to the contractor "brainstorming" on how to resolve the issue.

Nichols said they anticipate the work will be completed and the temporary sewer bypass removed by the end of November.