Back to School traffic adds to construction woes in metro Detroit 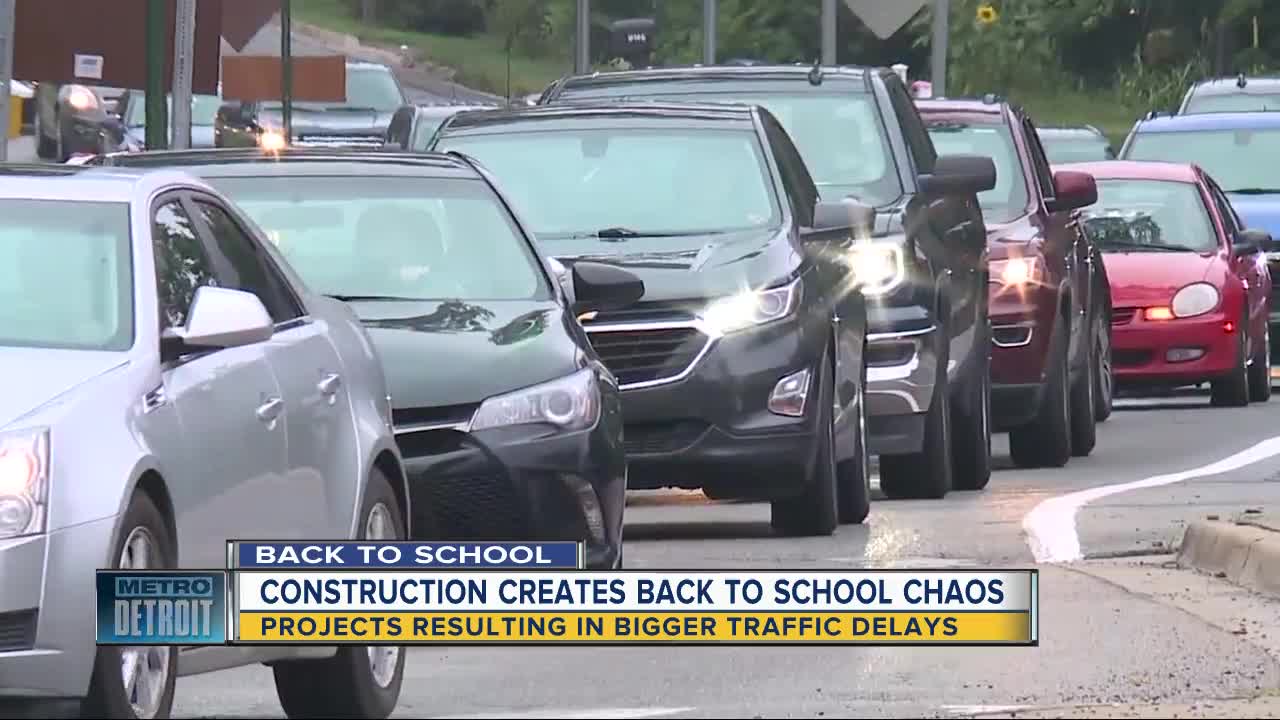 COMMERCE TOWNSHIP, Mich. (WXYZ) — Whether you are heading back to school with kids for the parent drop-off line, or you’re just heading to work in the morning, strap in because back-to-school means more traffic on the roads.

This week, we’ve already seen how extra drivers will slow down our morning commutes, but in some places, construction is adding an extra twist.

In Commerce Township, we saw a good example of how construction will combine with back-to-school traffic to cause issues.

There is a roundabout being built at Cooley Lake and Carroll Lake that will be under construction until September 6 that is causing a slowdown. In an email blast to parents, the Walled Lake Consolidated School District warned that there would be slowdowns — buses could also be delayed.

According to Craig Bryson, the construction is meant to alleviate the stop-and-go traffic that plagues the area. In fact, they explored building a high-traffic north/south corridor decades ago to alleviate the problems we see to this day in that area. Despite everyone voicing a need for the extra outlet for traffic, no one wanted to see it in their community.

“Nobody wanted it in their community including Commerce Township and Milford Township,” said Bryson. “So, nothing happened.”

In recent years, the area has continued to grow, and while municipalities add homes, businesses and additional traffic, the Oakland County Road Commission has little say in development.

That’s left the county with few options to alleviate traffic — doing what they can, building roundabouts to eliminate a portion of the stop-and-go traffic at major intersections.

Truthfully, the traffic circles that are already in the community allow a flow of traffic — but until the newest roundabout is finished, it will cause some additional short-term stress, specifically for nearby Northern High School and Charles H. Smart Middle School.

It’s not the only construction project that will have drivers taking note of back-to-school traffic increases.

Rochester Community Schools is reminding parents to give themselves additional time, too. The county is repaving Livernois Road between Avon and Walton/University Drive. That construction through November could be a longer issue for drivers — however, the district said it’s working with the Oakland County Road Commission to ensure the best traffic patterns that will suit the school’s schedule.