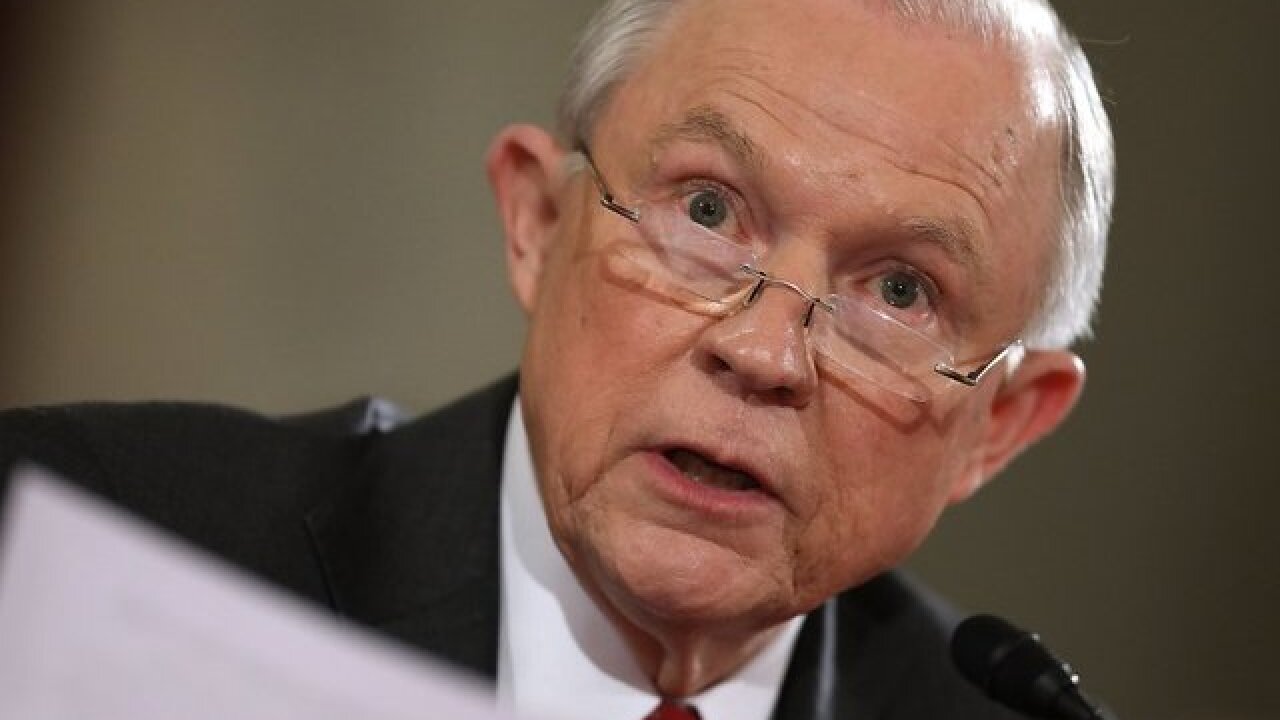 "At your request I am submitting my resignation," Sessions wrote in a letter to White House chief of staff John Kelly.

Matthew Whitaker will take over as acting attorney general, the President said.

Whitaker is expected to take charge of the the Russia investigation and special counsel Robert Mueller from Deputy Attorney General Rod Rosenstein.

The move is an abrupt end to what had been a tumultuous tenure for Sessions, originally one of Trump's earliest and most loyal surrogates as an Alabama Republican senator. He was a key figure in implementing Trump's vision for America and significantly rolled back Obama-era policies on immigration, police reform and civil rights.

Sessions was an enforcer of much of the Trump administration's hardline approach on immigration and regularly praised the President's tough words on crime. But even as he continued to carry out the Trump agenda, his relationship with the President remained strained and fraught for months due to the ongoing Mueller investigation.

Sessions received the request to resign from Kelly, not the President, on Wednesday morning, an administration official said. It is not clear whether Mueller was told ahead of time.

Sessions was aware that Cohen was facing bank fraud and tax violations but had been walled off from the campaign finance aspects of the investigation into Trump's former lawyer, a source with direct knowledge of the matter told CNN.

Trump's distaste for Sessions was well known -- and publicly reinforced by the President himself on a regular basis -- after the attorney general recused himself from all matters related to the 2016 campaign early in Trump's term.

The President mocked Sessions in August as "scared stiff and Missing in Action." Later the same month as Trump continued to rail against him, Sessions issued a statement firing back at Trump and declaring, "While I am Attorney General, the actions of the Department of Justice will not be improperly influenced by political considerations. I demand the highest standards, and where they are not met, I take action."

But Sessions hung on, and although there was no formal reconciliation, the President allowed him to stay, even despite the unwillingness of White House spokespeople to publicly confirm, for days, that Trump had confidence in the attorney general.

In early August, Trump tweeted that Sessions "should stop" Mueller's investigation, raising questions as to whether the President was attempting to obstruct justice. Trump's attorney Rudy Giuliani told CNN's Dana Bash that Trump was merely "expressing his opinion on his favorite medium."

Sessions, for his part, consistently maintained that his recusal decision was made in consultation with career ethics officials at the Justice Department and was in the works from the time he was sworn in.

This story is breaking and will be updated.