Joe Foodie: 4 spots to satisfy your summertime craving for ribs! 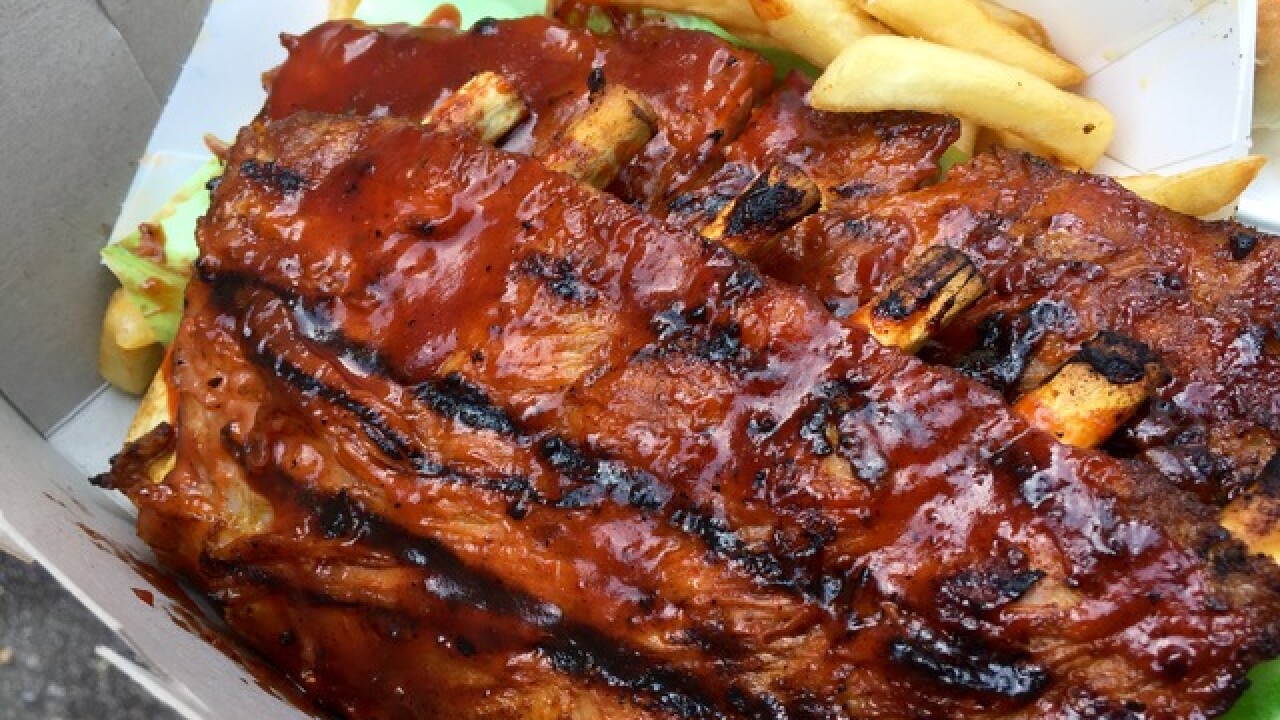 Eating ribs is a particularly primal experience given that it is nearly impossible and maybe even frowned upon to eat a rib with a fork and knife. You must use your hands. Not only that, but you are using your teeth to pull meat off a bone. For meat eaters, though, there is satisfaction that comes from eating ribs that is unlike any other meat eating adventure. Summertime is an ideal time for ribs.

Ribs are quintessential soul food. Babybacks, located near the “Avenue of Fashion,” is carry out only. There are a multitude of choices, but I chose soul food classics – spare ribs, macaroni and cheese, and collard greens. If you are a BBQ purist, you may not appreciate that these ribs are slathered in a sauce that is sweet, subtly spicy, and fuchsia.

However, I'm not a purist and quite enjoyed the toothy bite of the ribs that played well with the sweet and spicy sauce. The mac & cheese and the greens were as good as the ribs. The meal, which includes 6 bones, could easily feed two.

Ribs are usually smoked or grilled, but Katoi goes one step beyond smoking and deep fries their ribs after four hours of smoking. The smoked ribs are dredged in tapioca starch prior to frying so there is a delectable crisp outer crust that forms around the tender but toothsome meat.

Garnishes may change, but during my visit, the ribs were accompanied by a bright, citrusy watermelon salad, pickled watermelon rind, and some fresh Thai basil. Katoi's menu is always changing, but the ribs have been a mainstay since day one. On the ever changing landscape of Planet Katoi, it says a lot about the popularity of the ribs to remain on the menu.

Might seem strange that I visited one of Birmingham's most well-known Lebanese restaurants for ribs, but recommendations poured in once news of my rib research was public. Sameer Eid, the man who opened Phoenicia nearly forty years ago, and his family lived in Texas for a period of time.

While in Texas, he learned how to make excellent ribs. After a poor rib eating experience here in Michigan, he decided to make a batch of ribs for his family at his restaurant. A customer happened to see the ribs that night and requested Sameer make them for him the following week. He did and the rest is history.

Order the ribs “Samy Style,” named after Sameer's son, who currently owns and operates both Phoenicia and Forest. The ribs will arrive heavily seasoned and seemingly overcooked, but they have a delightful chew and flavor reminiscent of pork jerky. Where else can you get ribs with hummus on the side?

A downriver staple for decades, Zukin's is another carry out spot, though much different than Babyback's. The ribs are not slathered in sauce, rather they are lovingly charred than brushed almost artistically with sauce. Of the four places discussed here, Zukin's had the most “fall off the bone” tender ribs, but that doesn't mean the chew was lost (admittedly, I dislike fall off the bone ribs).

The delicate balance between tenderness and chew proves that practice does approach perfection. A full slab dinner comes with fries, cole slaw, and two rolls and was handed to me in a plain white box that inevitably had a few grease spots on it by the time I was ready to eat. Speaking of grease, there's a particularly unique item on the Zukin's menu called rib kabobs. These are skewers of rib meat that are deep fried then drizzled with BBQ sauce.

They are pretty fantastic in an artery clogging kind of way. For all the joy eating ribs brings, the ride home is especially stressful because it is simply not responsible to eat ribs while driving. They are just too wonderfully messy.