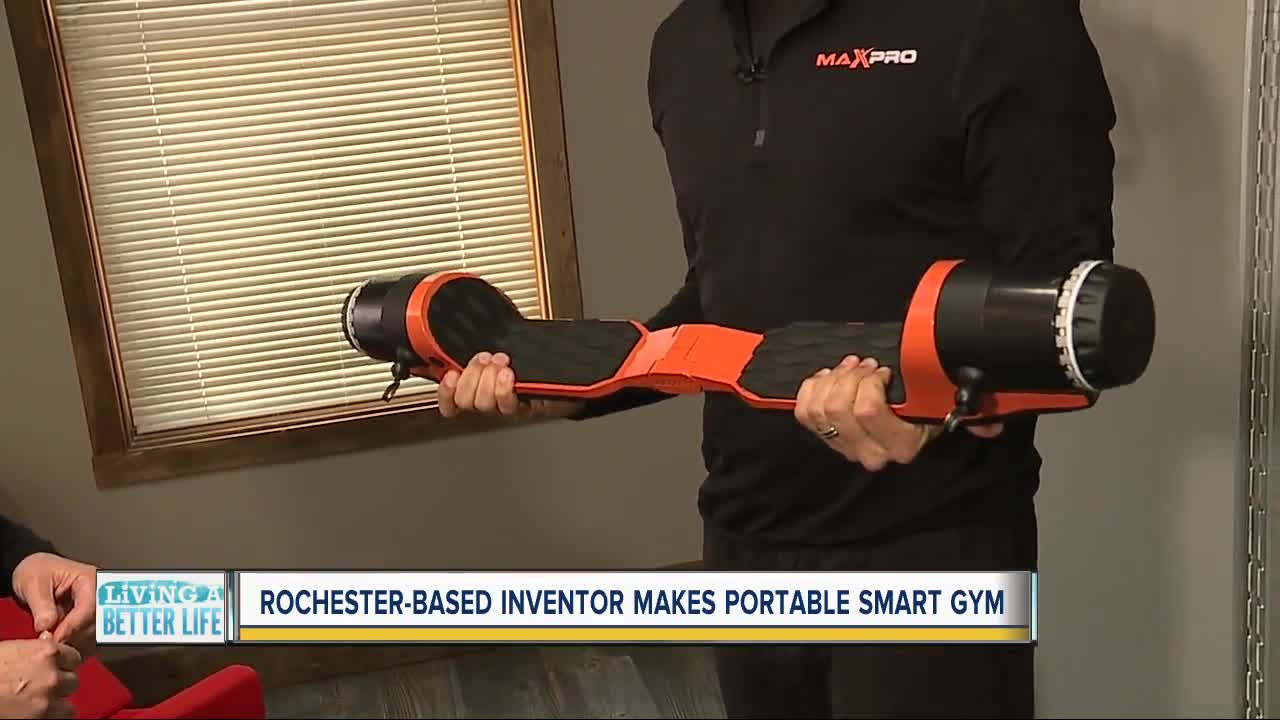 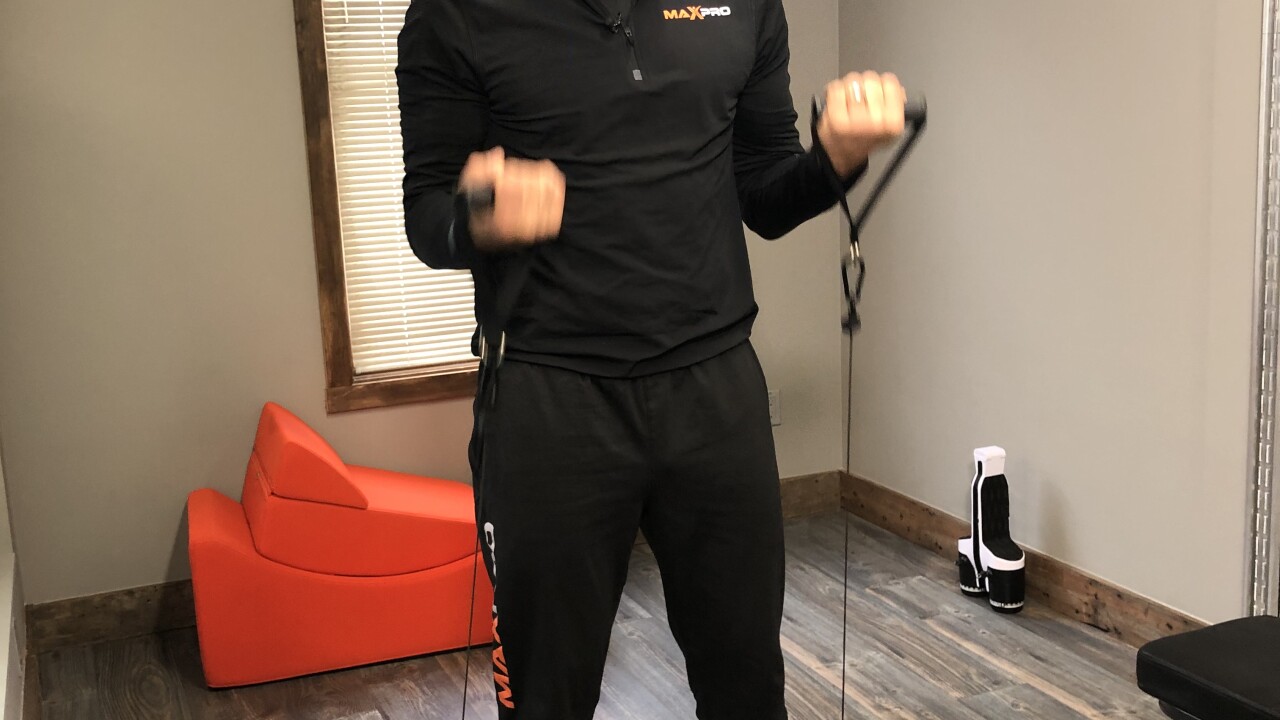 ROCHESTER, Mich. (WXYZ) — A Rochester-based company is hoping to solve your workout frustrations with what the creator is calling the "world’s first truly portable all-in-one smart gym."

If you don’t have room or the money for a big, bulky home gym or your on-the-go lifestyle causes you to miss a lot of workouts, the MAXPRO Fitness machine may be just what you need.

“[It’s] easy for you to basically take your workout anywhere whether it’s outdoors, at the office, at home,” said Nezar Akeel – the founder and creator of MAXPRO – initially called the MAXFIT on Kickstarter.

The invention is touted as the world’s most versatile, portable, and connected full body fitness machine.

It can fold up in a backpack or carry-on.

“And there’s many different ways to actually use it,” said Akeel as he unfolded it in one smooth move.

His marketing guru Sabrina Wescott demonstrated a host of examples in just a few minutes. With several accessories – like handles, a long bar, and ankle straps -- you can come up with hundreds of exercises.

There’s also an option to create personalized exercise program with the MAXPRO app which also stores your workout data.

“Hold it here, and it turns on. And then you’ve got blue tooth connectivity to your app,” Akeel explained while pressing the button on one side of the machine.

For the travelers out there, the device comes with a nylon strap and two brackets that you can attach to a hotel door. The MAXPRO goes right inside the brackets which close and lock at the top. Then you can attach accessories and start working out.

The Kickstarter campaign received more than $213,000.00 in pledges in a few months from more than 470 backers.

Akeel came up with the idea because he was traveling a lot and missing his gym workouts.

“I was trying to bring the whole gym with me. [I was thinking] how do I bring the same kind of workouts that I do in the gym with the same resistance levels but take it with me?” he recalled.

And that’s when the idea was born. That was about 20 years ago, but he’s been developing it in earnest over the last three to four years.

The key to creating resistance lies in his uniquely designed “Powerclutch” – which is built into the MAXPRO on each side containing an exercise cable. He says it reproduces the same level of resistance found in full size gym equipment.

Being fit has always been a goal for Akeel.

He was a college soccer player at Eastern Michigan University before going on to graduate from Wayne State University as a mechanical engineer and then getting a Master’s in engineering management from RPI in New York state.

He worked in the automotive industry for years before going out on his own.

And his MAXPRO machine is getting a lot of buzz. In October 2019, the MAXPRO won the Computer Electronic Show’s “Best of Innovation” award in the Health and Fitness category for 2020. Nezar will receive the award at CES in Las Vegas next month.

And his company MAXPRO Fitness is taking pre-orders now.

The MAXPRO Bluetooth connected version [available for iOS and Android users] with 2 workout handles, 2 ankle/wrist straps and 2 door mount brackets is $549 with Promo Code “WXYZ” if you purchase by January 7, 2020. After that, it will cost $649.00.