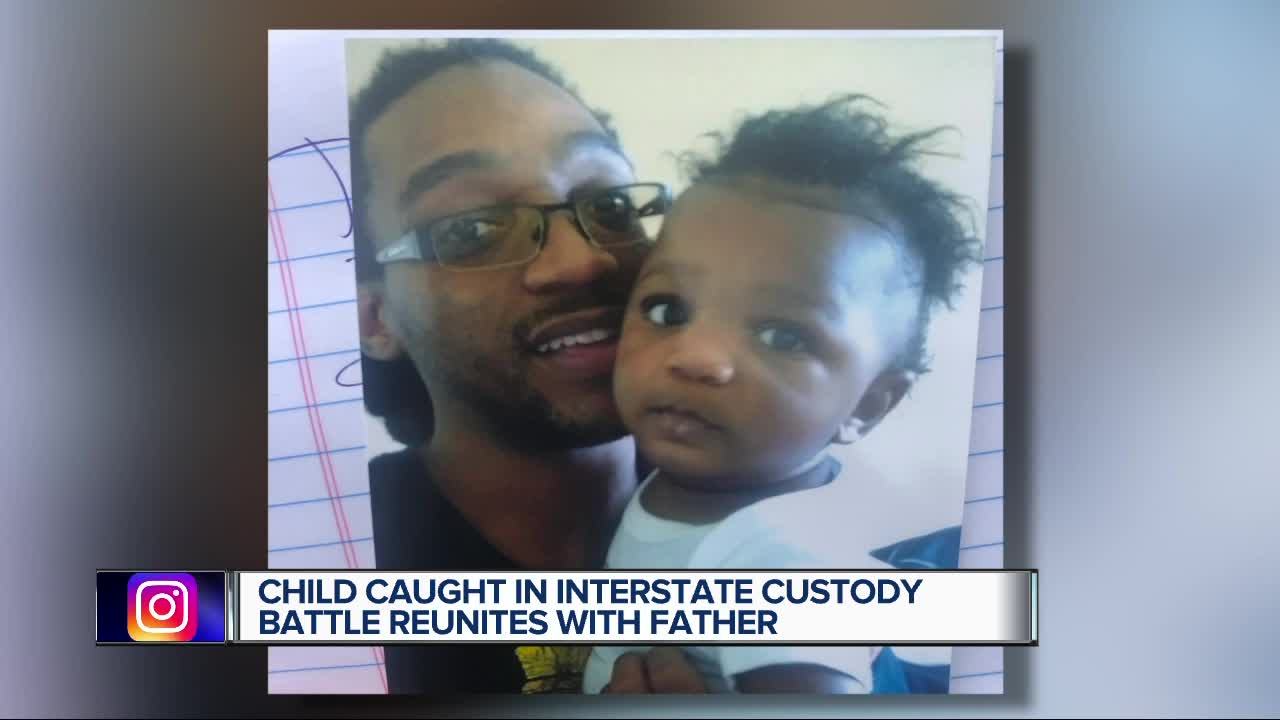 SOUTHFIELD (WXYZ) — "This is the fight that men in America have to go through just to be with their kids," said Krishner Prendergast as he held his 4-year-old son Amari outside the Southfield Police Department. "It's been 559 days since I've seen my son."

For several months now, there has been a warrant out for the arrest of Amari's mother after Prendergast was awarded emergency temporary custody, and after the woman failed to appear at custody hearings in Georgia.

The warrant is for custodial interference. Members of the U.S. Marshals Missing Child Unit contacted the child's mother and told her she needed to resolve the warrant and she agreed to surrender with Amari.

The evidence against Amari's mother included a video clip of a story 7 Action News did in October 2018 when she left Amari alone in her car when she went to work at a dialysis center in Oak Park. She told police that someone was coming to pick her son up and babysit him until she was off work.

It was a private investigator who called 911.

Prendergast, who lives in Georgia, said he hired someone from Omega Investigation Services in Detroit to follow his son and the child's mother because he was worried about his son's safety. And he was outraged when police and social workers with Child Protective Services allowed his son's mother to keep him.

Last week, Prendergast and his mother left Georgia and traveled to Michigan in hopes that law enforcement agencies would arrest Amari's mother and immediately transfer their son to him to avoid him being placed in foster care.

Thursday, Prendergast cried as he held his son for the first time in a year and a half.

"This is the fight that the system has in place for men, especially black men, good men who have no criminal records, no criminal history," he said. "This is my son."

In a few months, Prendergast's attorney Scott Basham says they will seek a ruling that grants his client more permanent custody.