Michigan native on the run from police in Thailand, accused of trying to lay claim to Thai territory 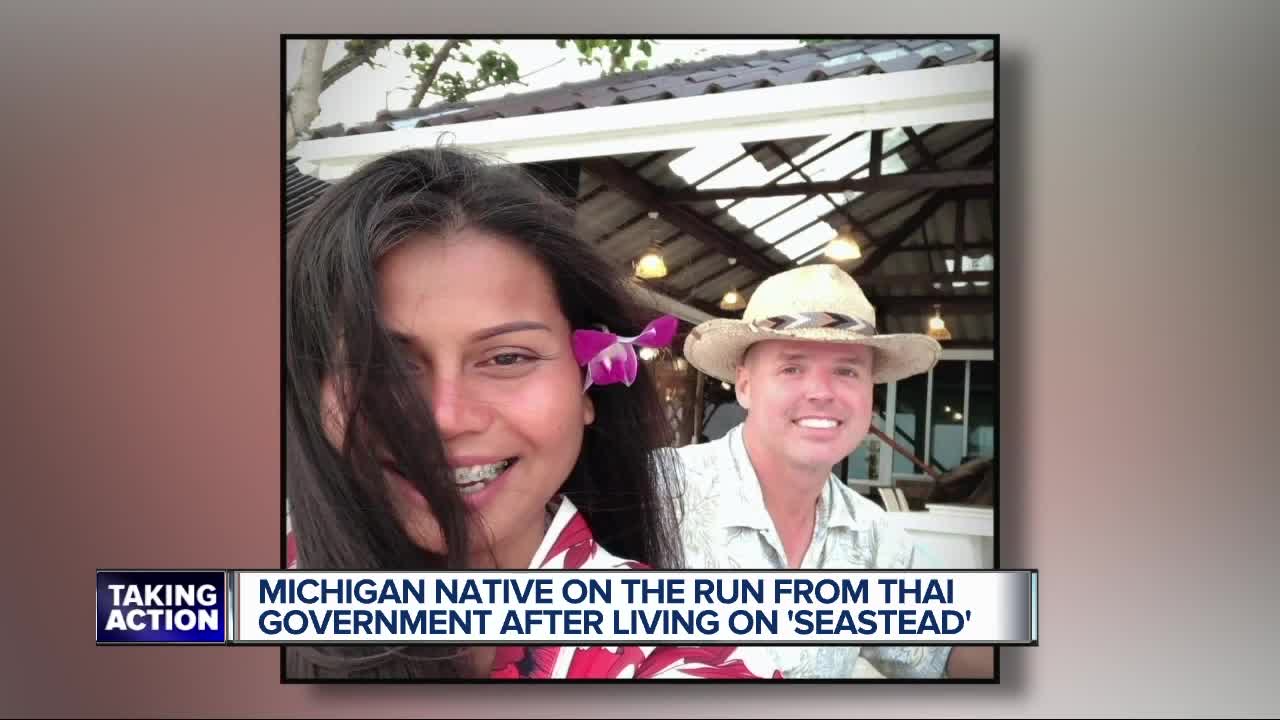 A Michigan man and Bitcoin fan who wanted a life free of international laws is on the run from the Thai government for living in the first seastead off the country’s coast. Chad Elwartowski and Supranee Thepdet (AKA Nadia Summergirl) are facing criminal charges – punishable by death – related to living in the waterborne structure, according to the Bangkok Post.

DETROIT (WXYZ) — Chad Elwartowski and his girlfriend, Nadia Supranee Thepdet, say they are now on the run from police in Thailand after the government accused the couple of trying to lay claim to Thai maritime territory with their seastead, a floating house that is considered to be a permanent dwelling at sea.

He now says he fears for his and his girlfriend's lives as they are in hiding.

"The Thai military wants us dead," Chad told 7 Action News in an email. "The way things work here in Thailand is that they set the narrative in their media then execute it. The narrative is that we are a threat to national security and we face life in prison or death. They did not want us to survive to get our side out."

Chad, who grew up in Tecumseh and is a graduate of Michigan State University, was an IT specialist for the United States government and is now semi-retired after being an early adopter of bitcoin.

The couple had been living on the seastead on and off for about two months, Chad said.

They wanted to live free of any country's government laws, but they did not buy the seastead at the center of the criminal case that carries a punishment of life in prison or death, according to the Bangkok Post that also reported that their source said officers "found evidence which led them to believe the couple was engaging in the setting up of an independent state. Such an act would have a negative impact on the country's shoreline."

One of Chad's longtime friends, Matt Francisco, said everything seemed fine with Chad earlier this week with his light-hearted posts on Facebook.

"But then all of a sudden it changed to where he became a fugitive," Francisco said. "It was like you were reading something out of a movie."

It's unclear where Chad and Nadia went after fleeing the seastead. But he said they needed help, asking for people to help them get in touch with top government officials in Thailand to "talk some sense into your military leaders," he wrote on his Facebook page. "Someone high up in the U.S. that can help. I need to be able to go to the U.S. Embassy in Bangkok or some place near Phuket to get me out of the country. I need ideas for helping Nadia, a Thai citizen. She needs an embassy in Bangkok where she can seek asylum."

The seastead was built by Ocean Builders more than 12 miles off the coast of Phuket in what the company claims is international water.

According to the Bangkok Post, the regional office of the Marine Department was going to remove the seastead from the water.

Ocean Builders had been eager to begin the process of building additional seasteads for others, but, at least for now, they've halted the project.

"Chad and Nadia are safe for now but understand that Thailand is currently being run by a military dictator," Ocean Builders wrote on their website. "There will be no trial if they are caught. They already demonstrated that by being judge, jury and executioner of the historic very first seastead."

"I'm not worried about no rules. I'm looking forward to the good rules that people create as a community," he said.

Twenty-four hours ago, Chad was clearly concerned about Thai officials reportedly coming after him and Nadia. He posted the following on his Facebook page:

"Nadia and I did not design, construct or pay to have the seastead constructed. We promoted it and lived on it. We helped out by giving the builder updates and we participated in the launch. We did not decide where to put the seastead. We are enthusiastic supporters of the project who were lucky enough to be the first ones to stay on it. Hunting us down to our death is just plain stupid and highlights exactly the reason someone would be willing to go out in middle of the ocean to get away from governments."

Here is a portion of a statement posted by Ocean Builders on their website, Ocean.Builders:

"This event has doubled down our efforts and we can all clearly see that seasteading needs to happen now as tyranny creeps ever more deeply into our governments to the point that they are willing to hunt down a couple of residents residing in a floating house in middle of nowhere.

We hope this issue can be resolved diplomatically with the Thai government and are ready to talk to anyone in charge at any time."