Decades of history all fit into one single day. The Woodward Dream Cruise is a rolling storybook of a great American city, and the cars that started it all.

(WXYZ) — Decades of history all fit into one single day. The Woodward Dream Cruise is a rolling storybook of a great American city, and the cars that started it all.

“It's been hot, but we love the cars we’re seeing and the sounds,” said Lisa Cummings.

Those sounds are filling the air along Woodward Avenue once again, as car lovers reunite for the Dream Cruise after a one year hiatus.

“Everybody sits there and reminiscences and has a story about this car and that car,” said Chuck Crimmins of Shelby Township.

When a car is still running after 55 years, you know it’s been places. Especially when a guy like Rick French in the driver's seat.

“We try to keep a record of everything we’ve did with it,” Rick said.

From Tennessee to the Silver Lake Sand Dunes, the memories Rick and Sharon French have made in their '67 Bronco fill the pages of the photo album now on full display, along with photos of what their blue classic once looked like.

“It started out as an ugly old snowplow,” Rick said.

It took years for the red beat up Bronco to become what it is today. The French’s did nearly all the work themselves, and now they get to show it off to fellow bronco lovers.

“We’ve been wanting to come down here with this vehicle for over nine years now," Sharon said. "We made it today.”

Persevering through a pandemic, this year the sidewalks of Woodward are filled with pride. Pride in this great American city, and the people who keep it moving.

“Unless you're here, you can’t fathom it,” Rick said. 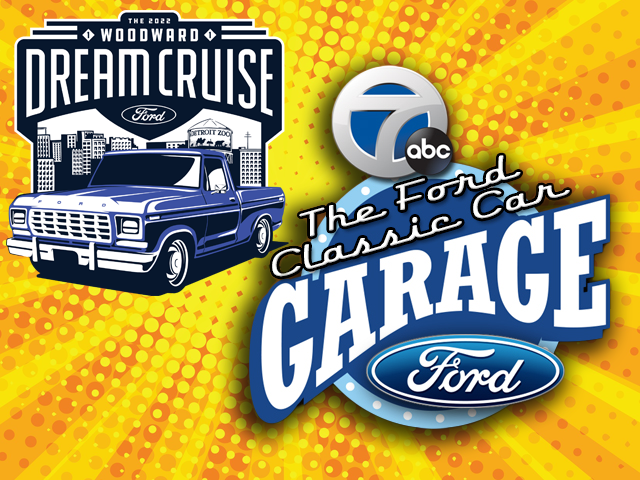