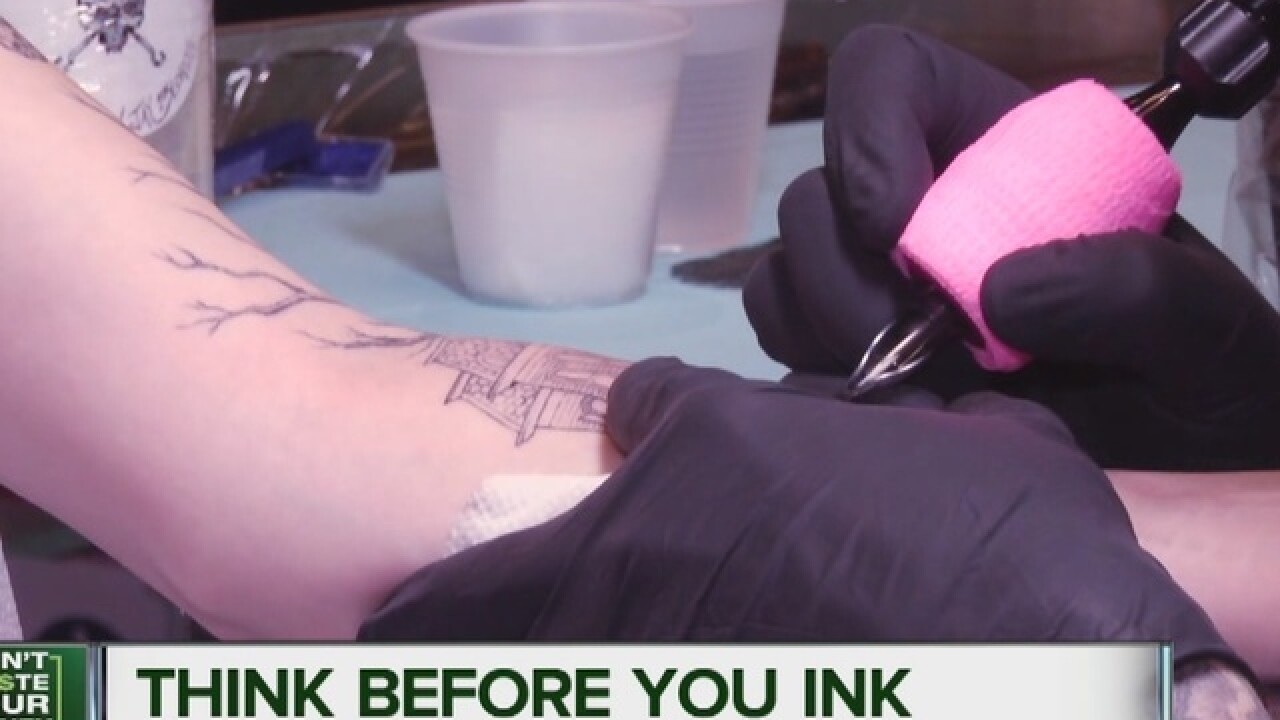 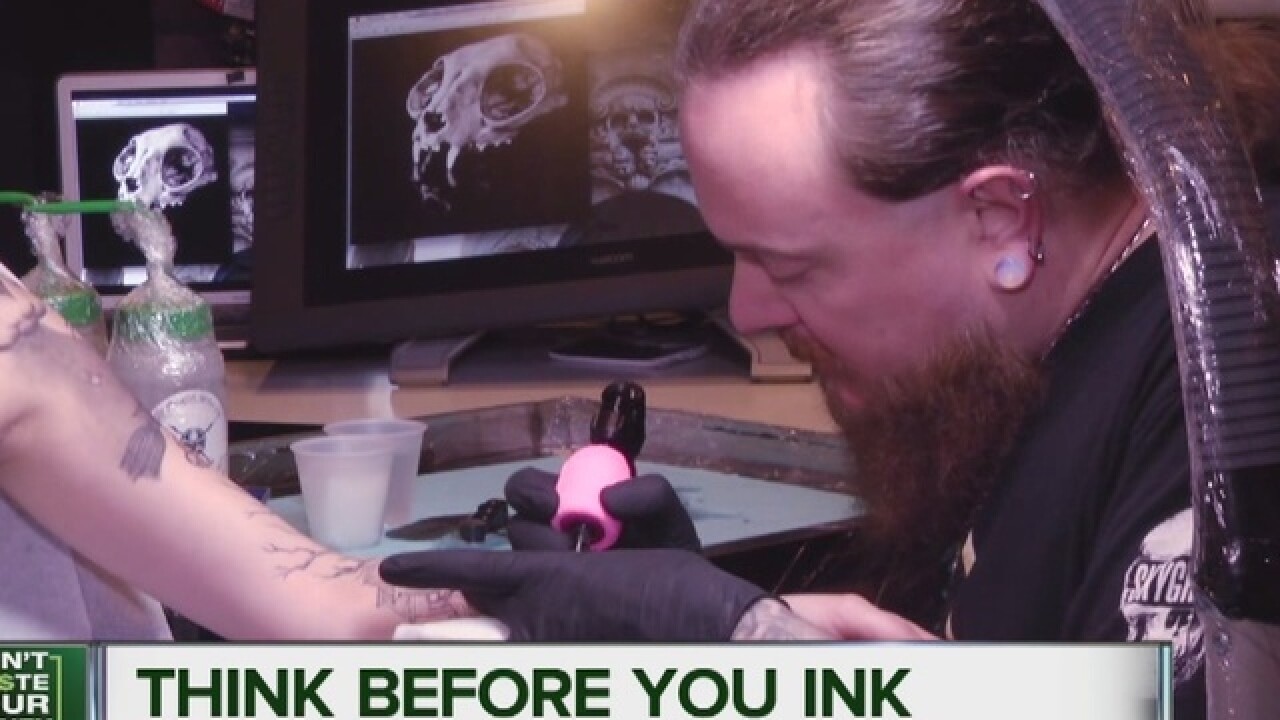 Tattoos used to be taboo but these days, they seem pretty mainstream with nearly one in five American's now "sporting a tat". The number of people with tattoos isn't the only statistic on the rise...so are the number of issues with the inks used in this body art; with several recalls over the past few years.

"To me, getting tattoos is pretty much a story. It's a memory of things that I really love, things that I enjoy, something that makes me happy, just something i want to remember forever," says Michelle Hintz, who has never had a problem with tattoos.

Her tattoo artist, Jay Blondel, says that he takes every precaution to make sure there are no problems.

"Cleanliness - that's the number one thing that will cause someone to get a problem or an infection. Using everything that's been sterilized. One time use only supplies are the best way to go," says Blondel.

Sometimes though, problems may start before the ink ever enters the tattoo parlor.

The FDA, which is responsible for regulating the inks, says it's issued seven recalls since 2003 because of outbreaks from contamination.

"There can be infections as a result of the inks themselves becoming contaminated either at the source or that they can be contaminated at the site themselves when the inks are diluted," says Linda Katz, Director of the FDA's Office of Cosmetics and Colors.

There are other reasons the FDA says you should "think before you ink".

You may not be in the clear if problems don't pop up right away, sometimes issues arise years later and can last for years.

"There can be allergic reactions that may occur immediately or may occur many years down the line, and because the tattoo itself is permanent, if an allergic reaction does occur, it may be very difficult to resolve," says Katz. "We are not aware of exactly what's in and of the inks or the pigments that people are injecting. We don't know the long-term consequences."

There is no way for a consumer to tell if ink is contaminated, so experts say to pick a tattoo parlor that is in compliance with local and state laws. Be sure the person doing the art work is wearing gloves and not touching other items when tattooing. Also, get a list of care tips when you leave so that you know what looks normal, and when there is a problem.