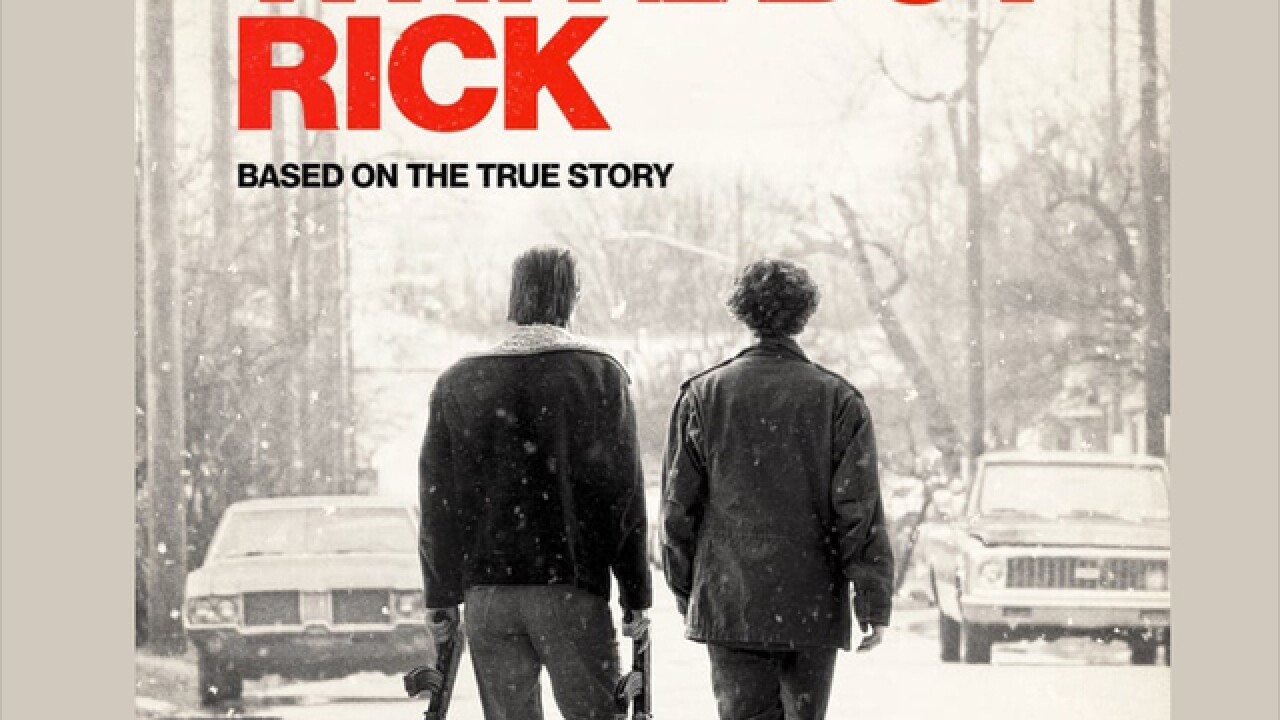 National audiences will get a chance this week to see the true-life story of Detroit’s most infamous teen drug kingpin, “White Boy Rick.”

The film is set in Detroit in the 1980s during the height of the crack epidemic and the War on Drugs and features Hollywood heavy-hitters, such as Matthew McConaughey playing Richard Wershe’s blue-collar, criminal father and newcomer Richie Merritt as Rick Wershe.

The film follows the violent four years in Wershe’s life that lead him to become the longest-serving non-violent criminal in Michigan.  By the age of 18, Rick Wershe was recruited by the feds, nabbed big fish in the drug world, put away dirty cops, became a dad, was shot in the stomach and sentenced to life in prison.

Intrigued? The film begins showing in theaters Thursday, with a national release date of Friday, Sept. 14.

The film is based off Wershe’s book, “White Boy Rick: My Time as an Undercover Teenage Drug Informant for the FBI,” and directed by Yann Demange.

Wershe, who is now 49 years old and being housed at a state prison in Florida, will be released Dec. 25, 2020. He’s serving time in Florida in connection with a stolen car ring.