1 person killed in crash on Detroit's west side 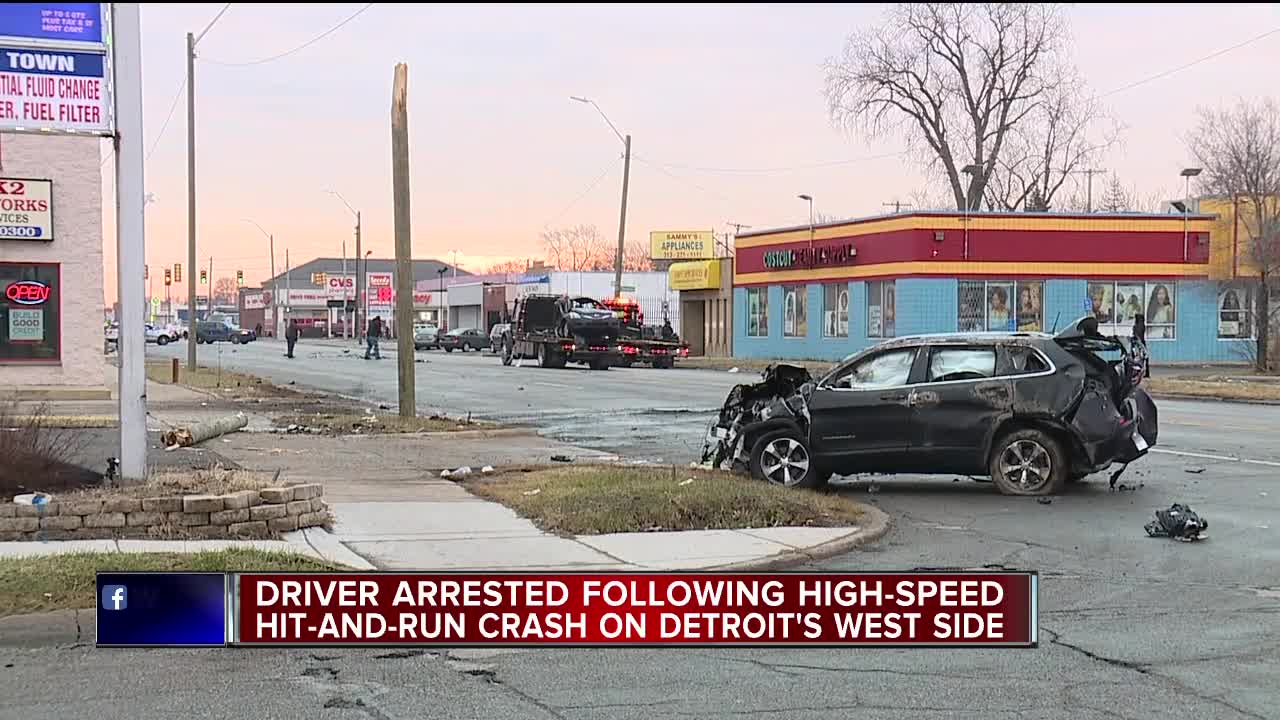 DETROIT (WXYZ) — One man is dead and another man is in custody after a hit-and-run crash on Detroit's west side overnight.

Police say it happened on Warren Ave. between Evergreen and Heyden. The road was closed for hours.

Sam Al-Gaithi, who was working at the gas station nearby, said he saw the victim around 4:20 a.m.

Surveillance video shows the Jeep barreling down Warren at a high rate of speed before crashing into the Nissan. It then shows both vehicles slide down the block in flames.

Police say the victim is a man in his mid 30s.

The driver of the Jeep was arrested in Dearborn Heights. Police say the plates he had on the vehicle came back as expired since 2017.