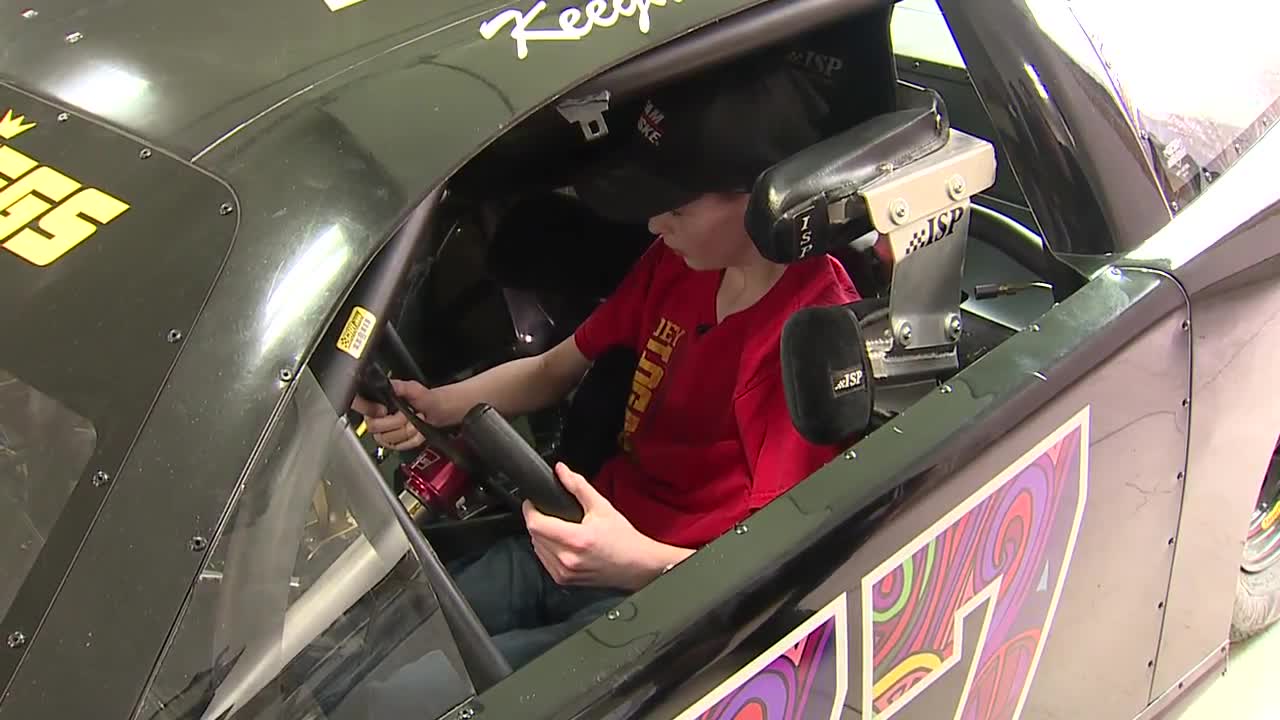 “My dad always showed me the clips from the 'Bullitt' movie with Steve McQueen. (I) always loved that,” said Keegan Sobilo. 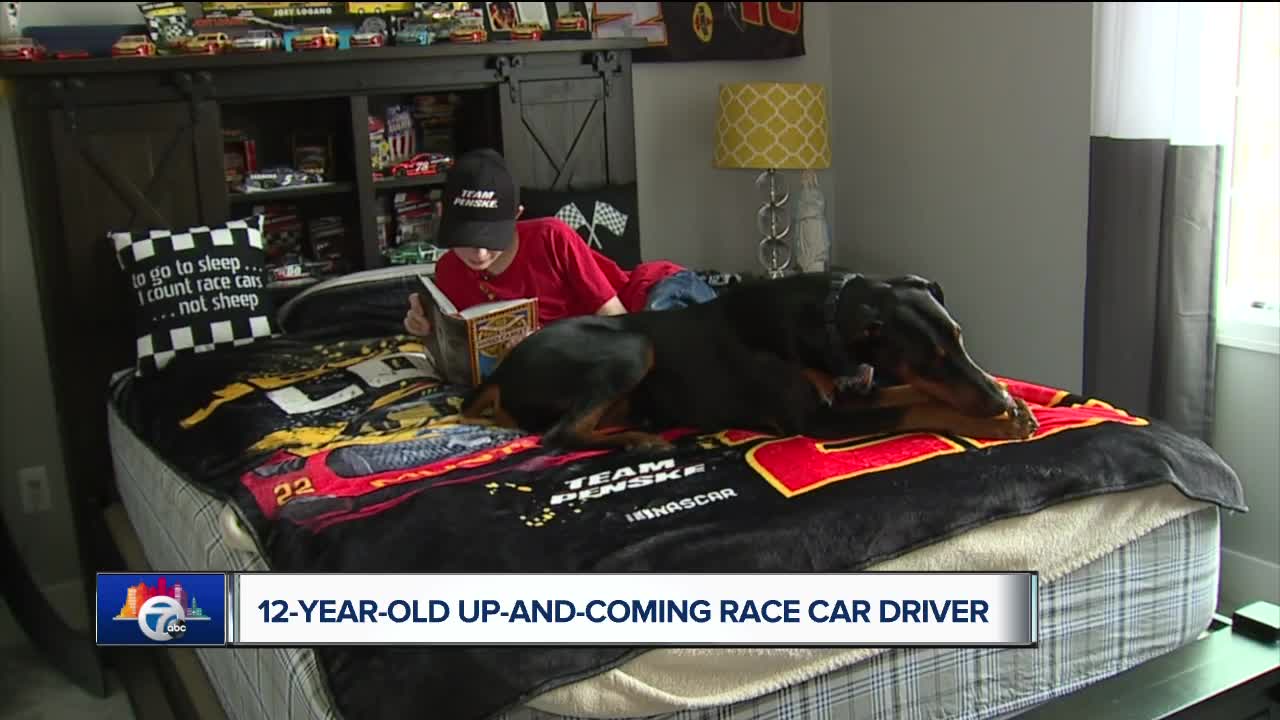 NEW BALTIMORE, Mich. - (WXYZ) — “My dad always showed me the clips from the 'Bullitt' movie with Steve McQueen. (I) always loved that,” said Keegan Sobilo.

Like a lot of kids, Keegan loves fast cars.

"My dad has always been a Mopar freak, so I’ve always loved cars since I was born,” the 12-year-old said.

Keegan's dad, Roman, says their love of cars has built a strong bond.

“We’ve had a strong bond ever since he was a baby,” Roman said.

Roman owns a classic car restoration company, so it’s not surprising that Keegan is following in his footsteps. Well, sort of. Keegan’s passion took a sharp left turn.

“I’m not one who likes to really be out here to learn how the mechanics of the car goes," Keegan said. "I’m more into driving it and practicing in it."

Though he doesn’t even have his driver’s license, at just 12 years old, Keegan is a race car driver. His mom Hillary, a teacher in the Port Huron school district, was a little apprehensive, but gave her blessing.

“When I started racing mini cups, I was 8 years old,” Keegan said. “This is my fifth season.”

He’s now driving a 2014 Vandorn late model and competes in the Championship Racing Association's Junior Division. He hits speeds up to 80 mph, and he has nerves of steel, going full speed ahead.

"It feels pretty good, especially when you’re in the lead,” Keegan said.

When asked about fans, Keegan thanks his grandparents and his sixth-grade classmates.

“I would like to say hi to my teachers and students there at Emmanuel Lutheran,” Keegan said.

Even with his love of speed and cars, on the day-to-day, Keegan is just an average kid.

“I really like using my X-Box. I have all the NASCAR games. Oh yeah, me and my dad love competing against each other. Of course, I beat him every time,” Keegan said, while looking over at his dad with a smirk.

This season is a big year for the preteen. He’s competing in the mini cups and the championship series, and in four years, he'll take his driving test.

In the long term, he has his eyes on NASCAR.

“I’m so blessed and thankful that he has a passion and he’s not running around with no direction,” said Keegan's dad Roman.

Keegan's mom says she can see him in NASCAR someday.

"I see myself sitting on a pit box every weekend and rooting for him,” she added.

And what Keegan looks forward to most is creating memories and having fun doing what he loves.

“The best thing about it is competing with other racers and having fun out there,” he said.