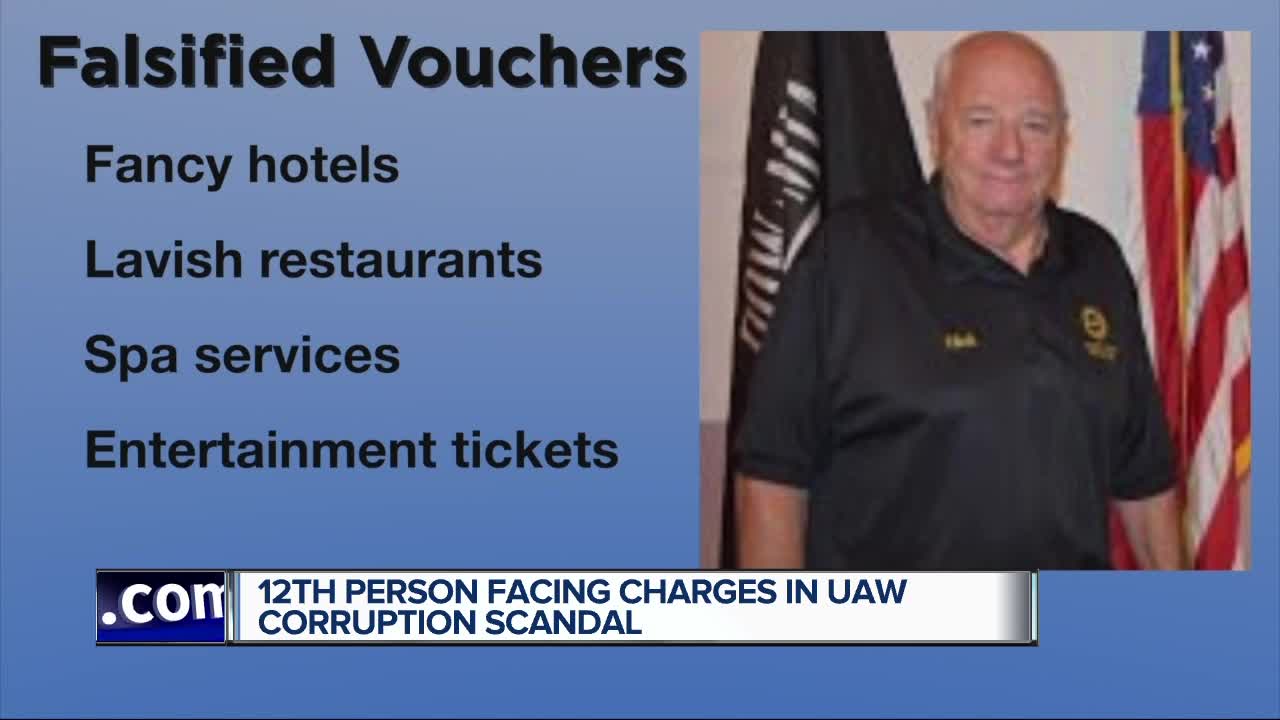 (WXYZ) — Another person has been charged in the ongoing corruption investigation into the UAW.

Robinson, who is from St. Louis, was the president of the UAW Midwest Community Action Program (CAP). The CAPs are funded through "per-capita" tax payments from member dues, according to federal prosecutors.

According to the felony complaint, Robinson, Vance Pearson, who is the director of the UAW Region 5 and has already been charged, and five other UAW officials "were involved in a multifaceted scheme to embezzle funds from the UAW."

The complaint said that all seven embezzled more than $1.5 million. It's also alleged that Robinson made "significant purchases of high-end liquor, cigars, wine, golf apparel, golf clubs, and other lavish expenses at the direction of and for senior UAW officials." It's similar to the allegations against Pearson.

Robinson is the 12th person charged in the probe.

"We take any allegation or claim about the misuse of union resources very seriously," UAW said in a statement Thursday. "The UAW is grounded in the principle of putting our members first, and that belief has never wavered. The UAW remains focused on negotiating and finalizing strong contracts for our members--especially during this round of auto negotiations."

According to his biography on the UAW Labor Employment and Training Corporation, Robinson has been a UAW member for more than 40 years, and he was an international representative for the UAW International Union's Political Department for more than 15 years.

You can read the felony complaint below.