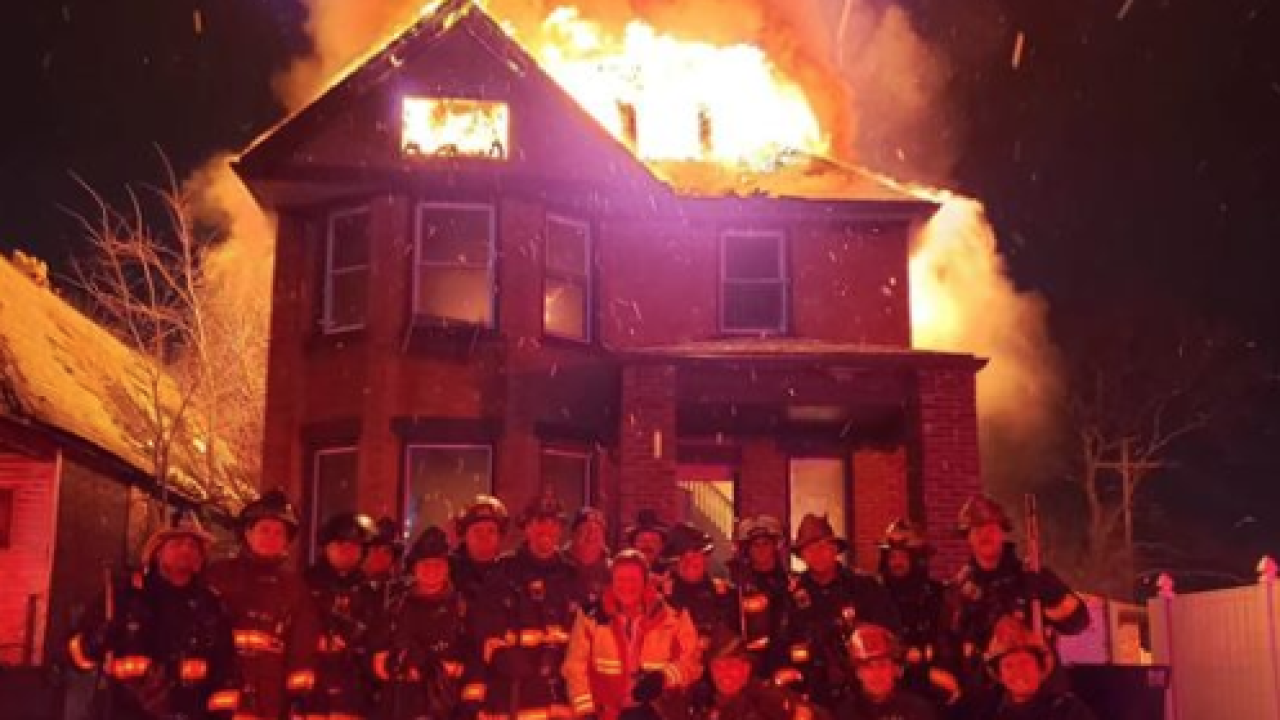 (WXYZ) — Thirteen Detroit firefighters are facing department charges in connection with a photo taken outside a burning house.

All 13 are charged with Exhibiting Ignorance of the Rules or Orders. Among those facing departmental discipline are 4 Sergeants who have been charged with Failure to Supervise or take the Appropriate Action.

Detroit fire officials say the now viral photo was taken on New Year's Eve to celebrate the retirement of a Battalion Chief.

The photo sparked some outreach in the comments. Some viewers thought the visual was in bad taste, while others congratulated the crew on their hard work.

The department originally told 7 Action News it was occupied, but 21-year-old Deontae Higginbotham tells us his family has owned the home for decades.

According to Deontae, the home was being renovated for his elderly mother.

The house on Green St. is now only a pile of rubble, and the family wants answers.