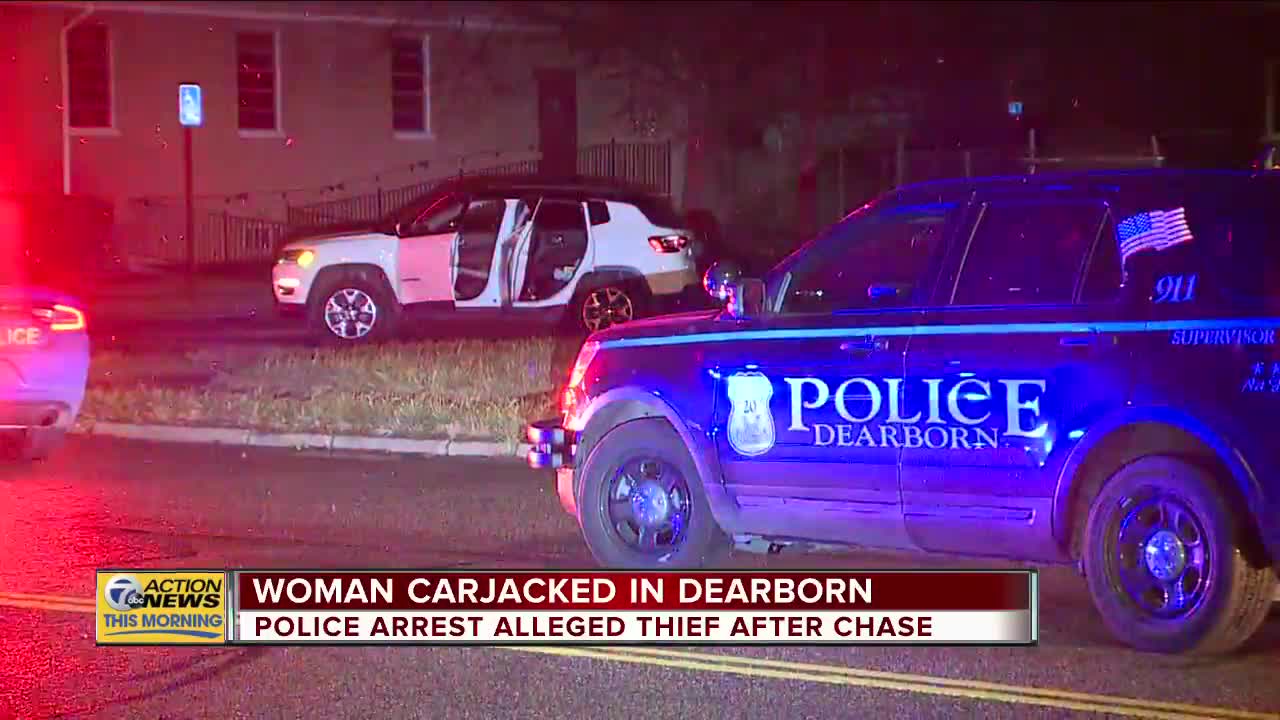 DEARBORN, Mich. (WXYZ) — Dearborn Police have arrested a man suspected of carjacking a woman then leading officers on a chase with the stolen SUV.

On Dec. 4 around 10:30 p.m., officers responded to a carjacking scene at a home in the area of Tireman and Wyoming in Dearborn. The female victim told police she had come home from the casino and pulled into her garage.

An 18-year-old Detroit man then appeared and took her vehicle while holding her at gunpoint, according to police.

Shortly after, troopers saw the stolen vehicle in the area of Joy and Livernois. A short chase began but officers were able stop the suspect and arrest him on the city's west side.

He is currently being held at the Dearborn Police Department.

Assist to Dearborn Police Department: On 12/4 at approximately 10 30 PM, Dearborn PD responded to a carjacking at a residence in the area of Tireman and Wyoming (Dearborn). Preliminary investigation revealed that the victim had come from the casino and pulled into her garage. pic.twitter.com/ovdlu2dbt8

View dashcam video of the incident below:

Here is some of the dash cam from last nights incident. Great work by the troops and @DearbornPolice to take this person into custody without the suspect, victim, police or the public getting hurt. Once the suspect is arraigned we will release more information on him. pic.twitter.com/qKnxU3JO0M