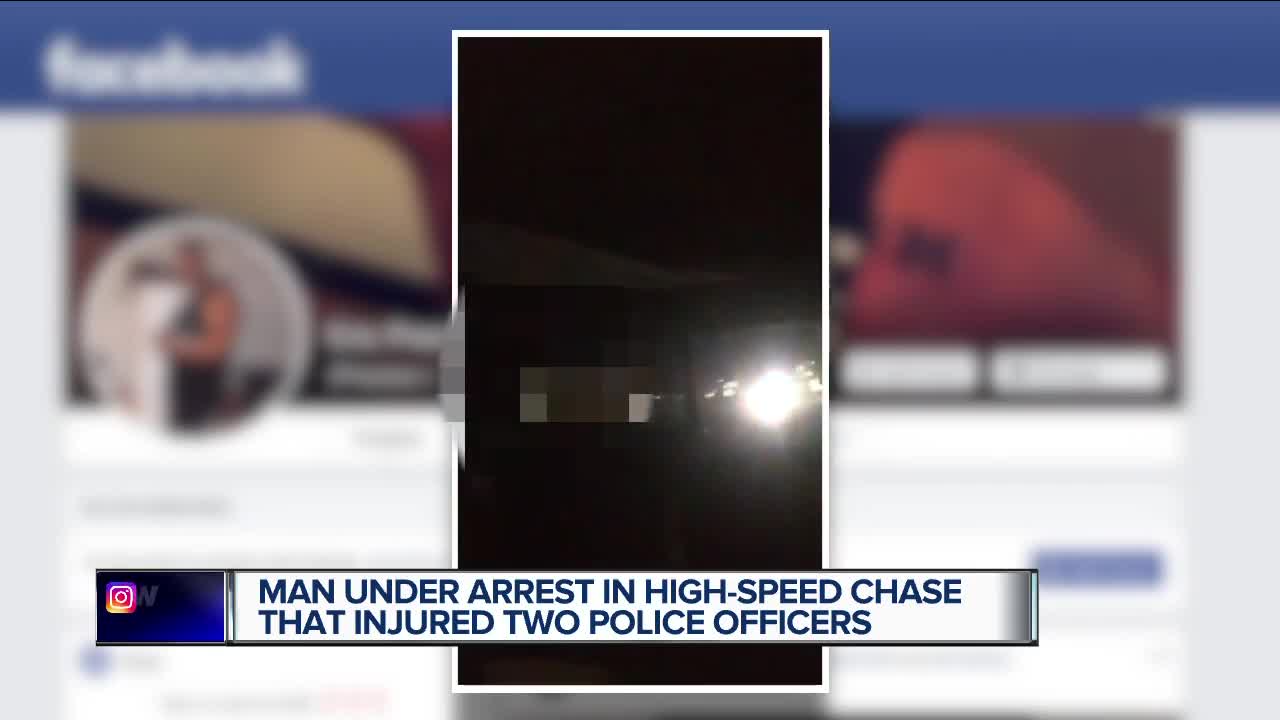 Two Detroit police officers have been hospitalized after involved in a chase that was livestreamed overnight on the city's east side. 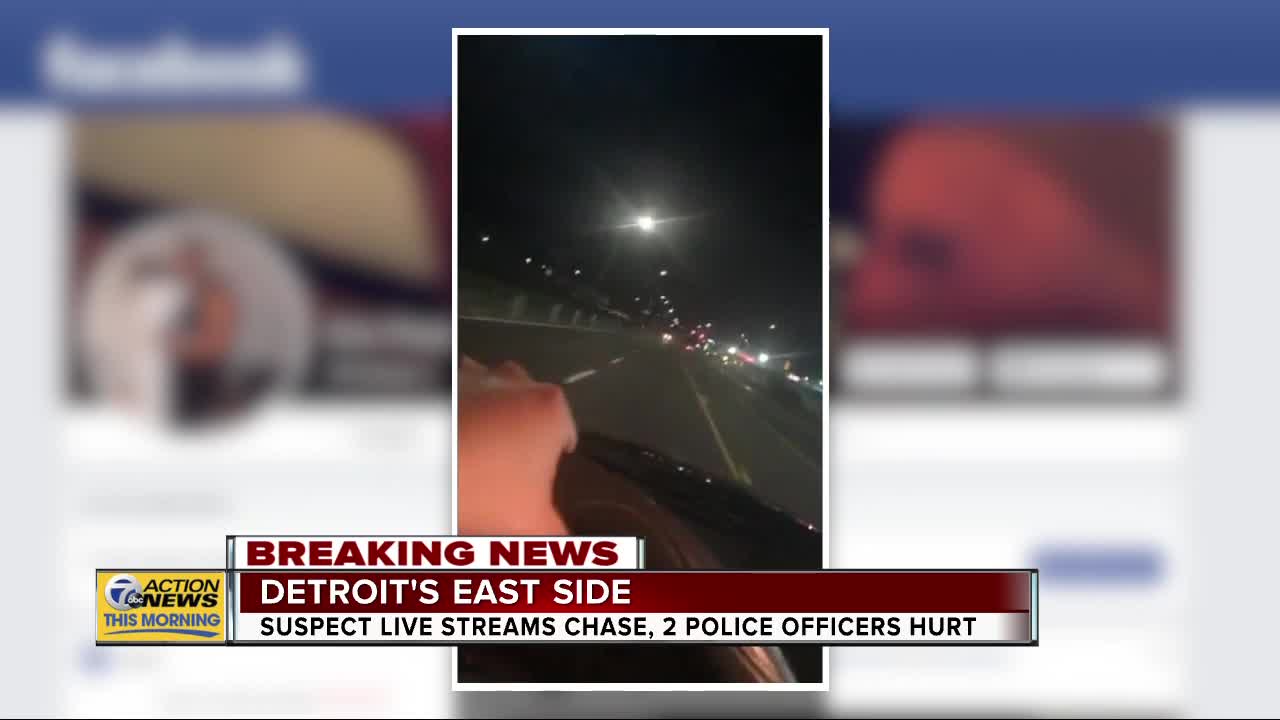 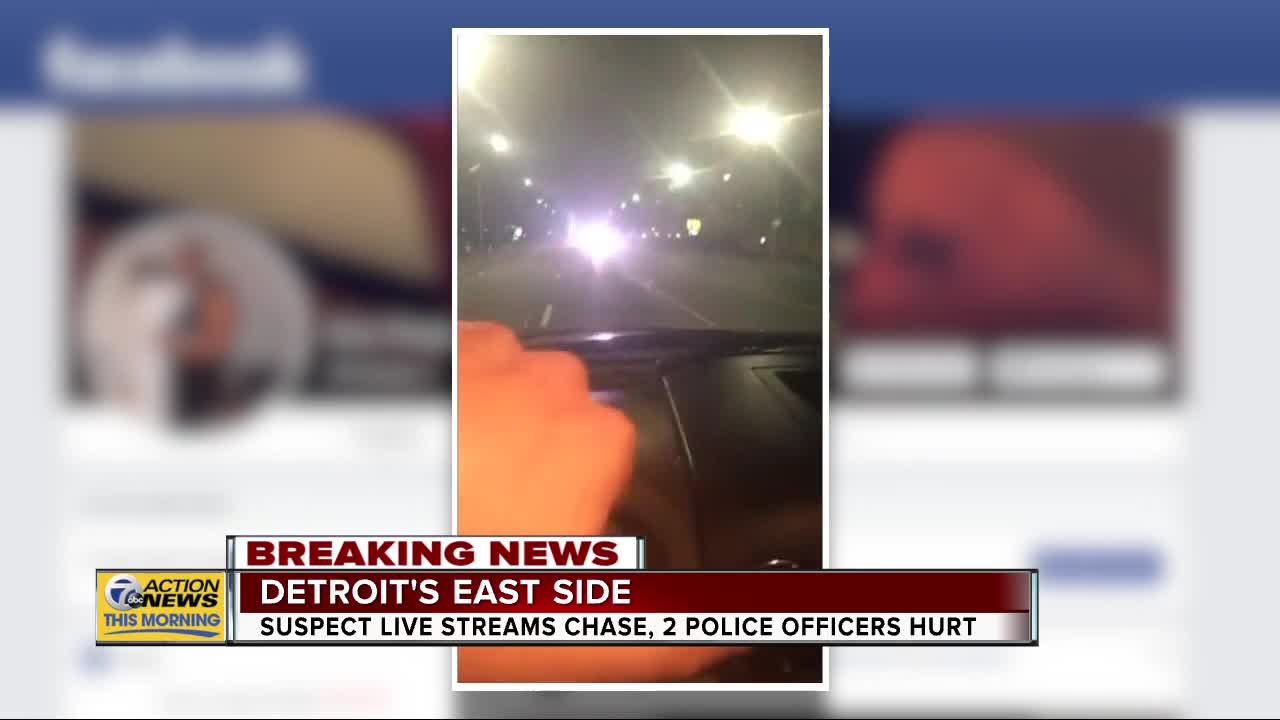 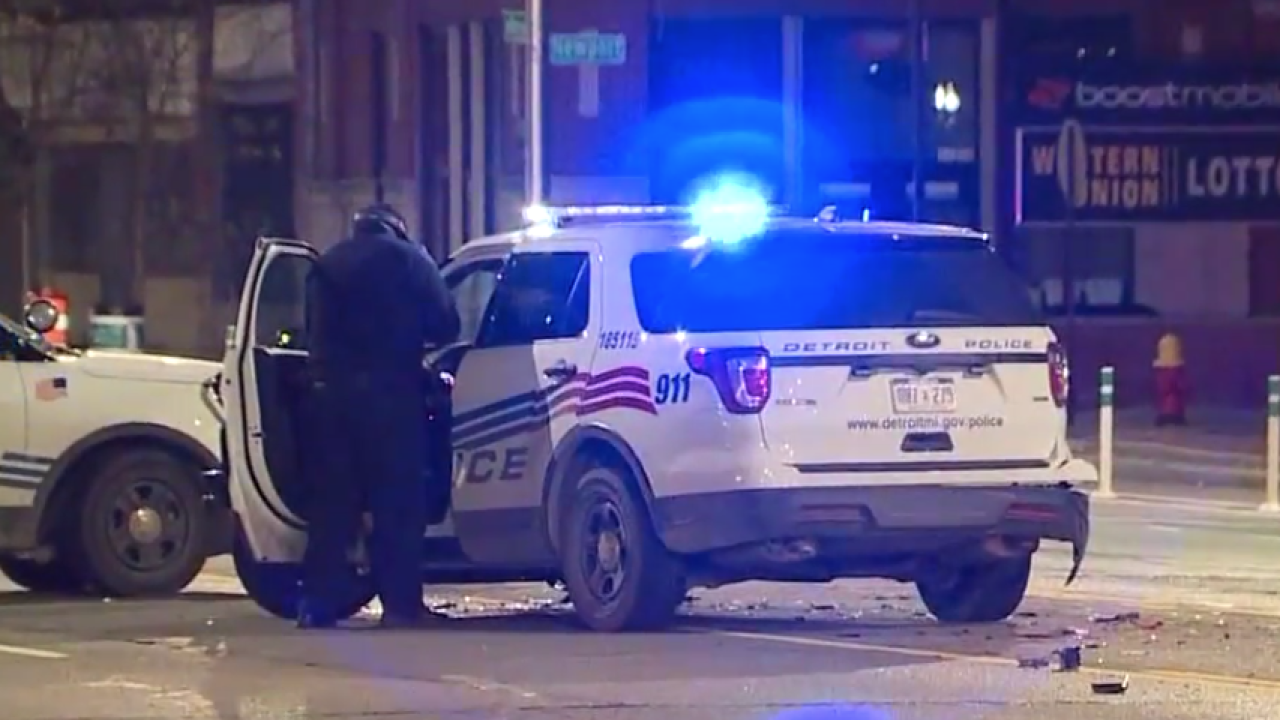 DETROIT (WXYZ) — Two Detroit police officers have been hospitalized after involved in a chase that was livestreamed overnight on the city's east side.

On Nov. 8 around 2:27 a.m., the 23-year-old white male suspect posted to Facebook Live that he had just filled up his 2007 Ford F-150 pickup with gas and was headed to Detroit to see if he could make DPD officers chase him, according to police.

The suspect left a gas station in the area of E. Jefferson and Eastlawn.

Police say the suspect was apparently pursued by Macomb County officers and Warren police that lost him in the area of E. 7 Mile and Hoover.

Detroit police officers saw the red Ford F-150 going eastbound on E. Jefferson and activated their lights and siren in pursuit. While still on Facebook Live, the suspect made an abrupt U-turn and drove directly toward the scout car head on, police say.

According to police, the scout car was struck by the Ford F-150 on their passenger side causing the air bag to fully deploy.

Detroit Police Chief James Craig said that the officers thought quickly and turned the vehicle to avoid a head-on collision.

"This was a senseless act. A dangerous act," Craig said during a press conference.

Police say the suspect then left the location, went a short distance, and as the officer was trying to determine what happened, he re-appeared and pulled behind the police vehicle. That's when officers approached him and took him into custody without incident.

The suspect was arrested for felonious assault of a police officer and reckless driving. He was taken to the Detroit Detention Center for processing, and refused medical treatment.

Craig did say he learned from Macomb County that the suspect does have a history of mental illness.

Both officers complained of knee pain, and were taken to a nearby hospital.