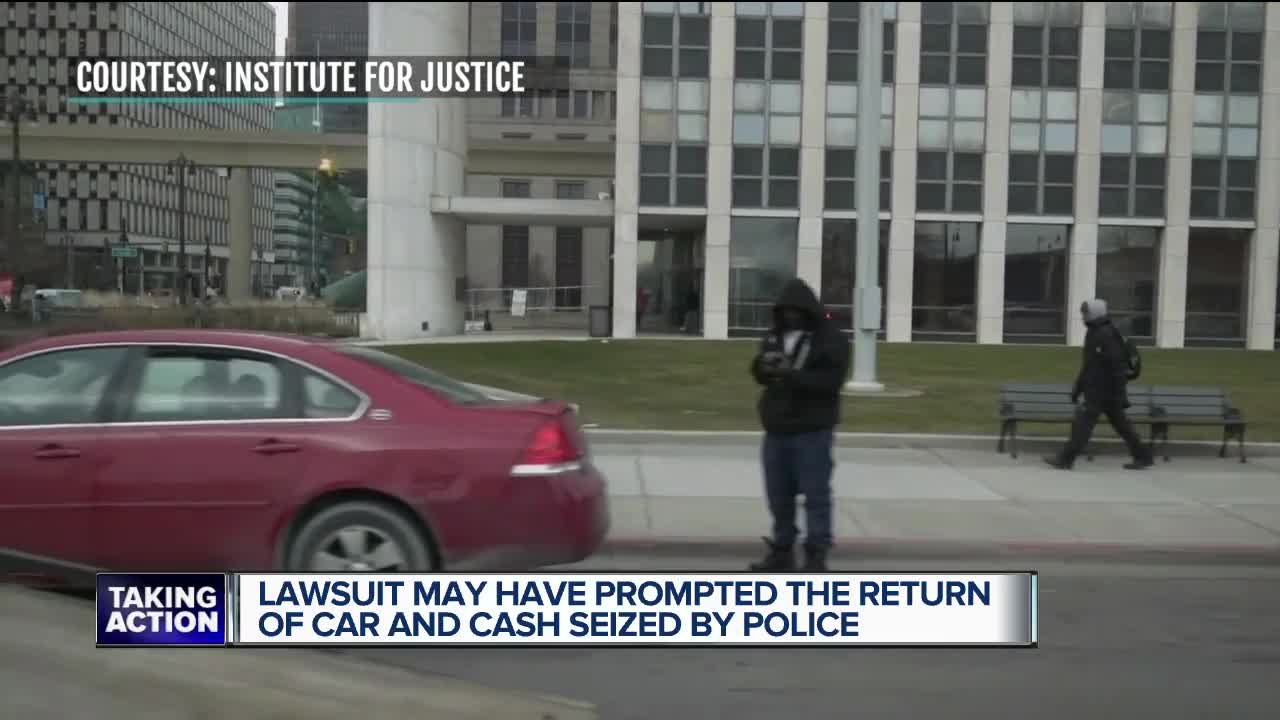 Robert Reeves was finally reunited with his 1991 Camaro after it was seized seven months ago.

DETROIT (WXYZ) — Robert Reeves was finally reunited with his 1991 Camaro after it was seized seven months ago.

The native Detroiter's car was wrongfully held hostage after a business meeting with a contractor. He also received more than $2,200 in cash that was also taken by local and state authorities.

He said following the meeting he was stopped at a gas station, arrested, and held for a day before his release. Apparently, the contract was being investigated for stolen equipment.

The lawsuit against Wayne County alleges its civil forfeiture program is unconstitutional.

RELATED: Gov. Whitmer signs bill to end confiscation of property without a conviction

“It shouldn’t take a federal class action lawsuit for an innocent driver to get his car out of one of Detroit’s notorious impound lots,” said Wesley Hottot, a senior attorney at Institute Justice. “The return of Robert’s property is too little, too late. Robert’s life was upended when he lost his car for seven months. Detroit’s car forfeiture program is fundamentally unconstitutional, and our lawsuit on behalf of Robert, Melisa Ingram and others victimized by the practice will proceed through the courts.”

Melisa Ingram, another lifelong Detroiter, is named in the class action lawsuit against Wayne County. Her vehicle was allegedly unlawfully seized after her boyfriend borrowed it.

TONIGHT: Gov. Whitmer signed a bill to stop "seize and ransom" programs across the state.

Now, two lifelong Detroiters are suing Wayne County after their cars were held hostage.@tv20detroit at 10@wxyzdetroit at 11 https://t.co/R4VIK6MyvU

He was accused of breaking the law, but her attorney said he was never arrested.

“There are at least 1,300 people each year who get caught up in this system, and they won’t be as fortunate as Robert," said Kirby Thomas West at Institute Justice. "We look forward to continuing the fight to end Wayne County’s unconstitutional vehicle forfeiture racket once and for all.”

Wayne County Assistant Prosecutor Maria Miller released a statement saying, "It is our longstanding practice not to comment on pending litigation. The matter will be litigated in court by our legal representatives."