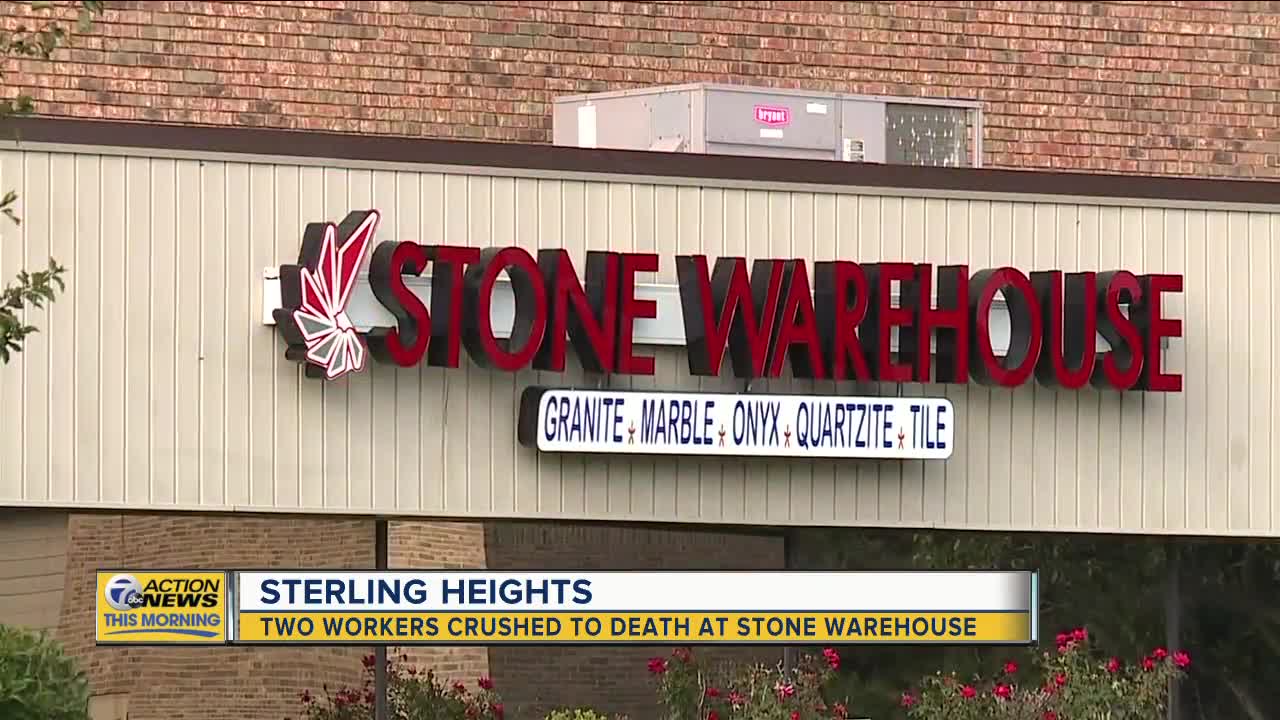 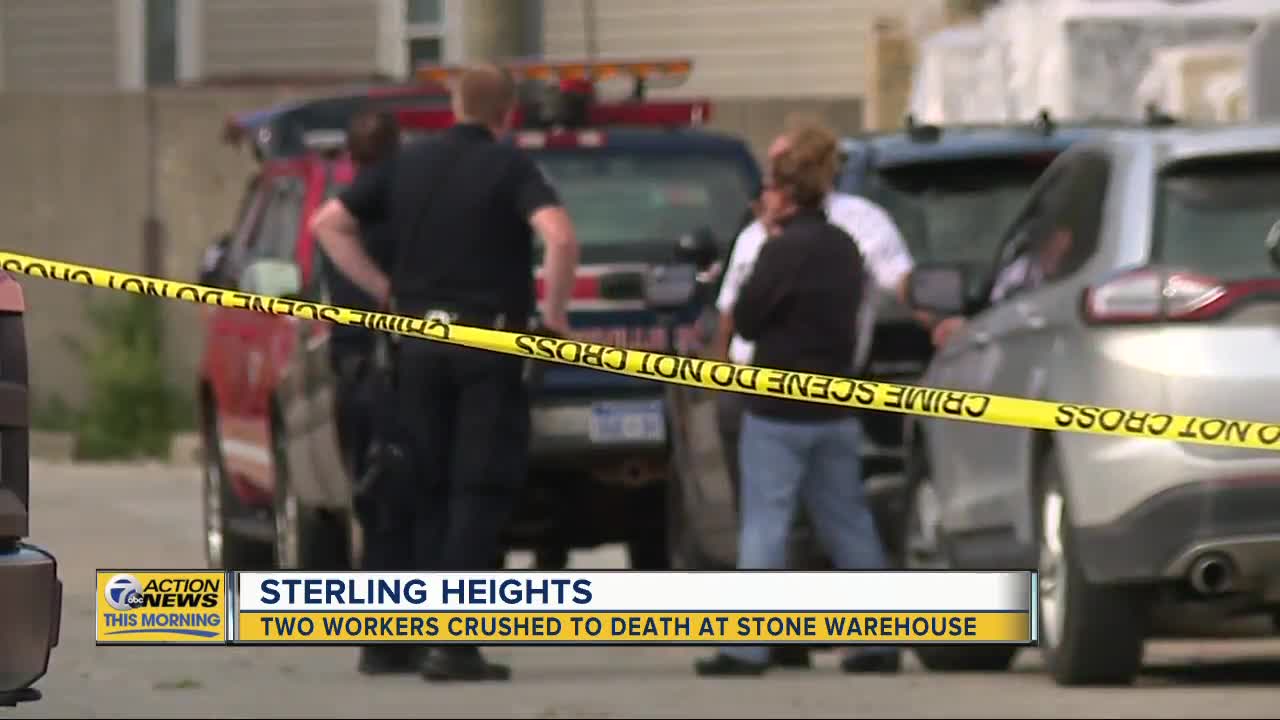 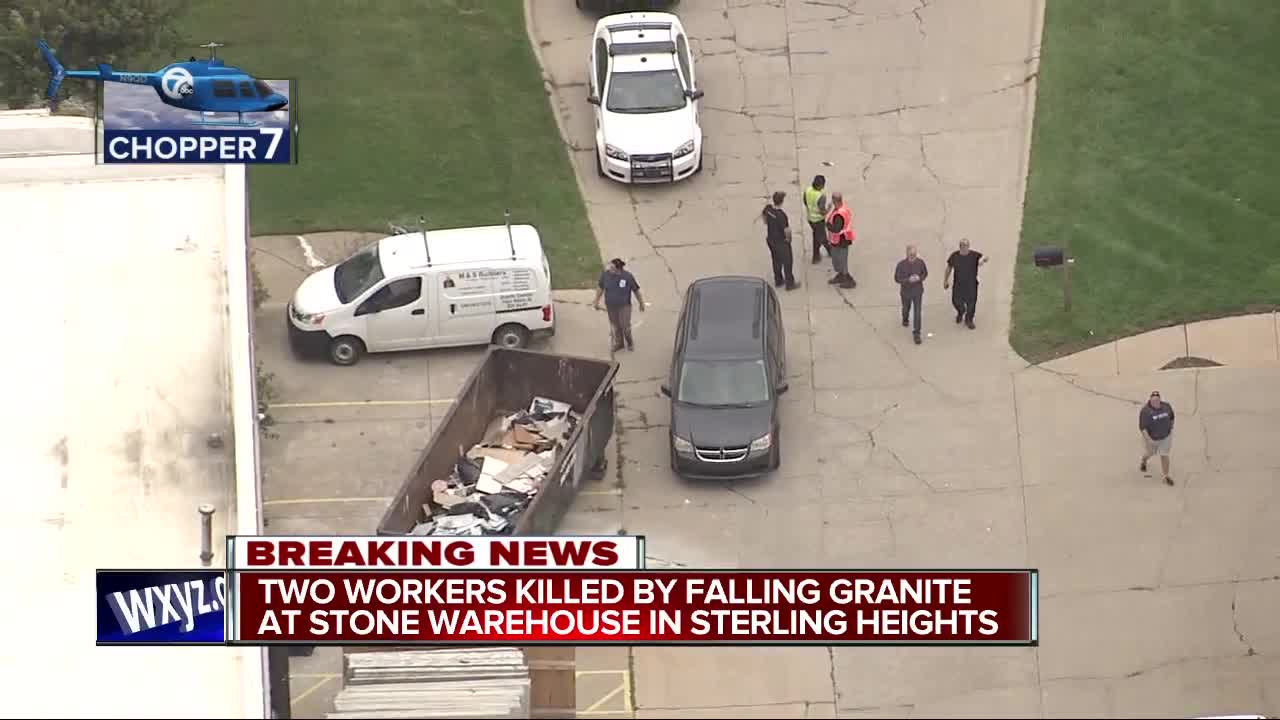 Each of the slabs, according to officials on the scene, weighed in excess of one thousand pounds.

First responders were on the scene Monday afternoon trying to reach one of the two men killed. The entire warehouse has been shut down during the recovery effort.

First responders are working to recover the bodies of two men killed at a granite-shop.

What We Know:
Multiple slabs of granite fell
An employee called 911
Authorities initially thought it was only one man @wxyzdetroit https://t.co/INsPO4bMP7

An employee at the granite and marble wholesale shop called police around 2:30 p.m. to report the incident. When officers arrived, they say multiple slabs of granite had fallen on top of the men.

How the incident happened is still under investigation by Sterling Heights police.

Stone Warehouse of Michigan is located at 7235 19 Mile Road. The business manufactures high quality natural and engineered stone, and has locations in Florida and one in metro Detroit.

Investigators from the Michigan Occupational Safety and Health Administration (MIOSHA) will be on the scene Tuesday morning for their investigation.