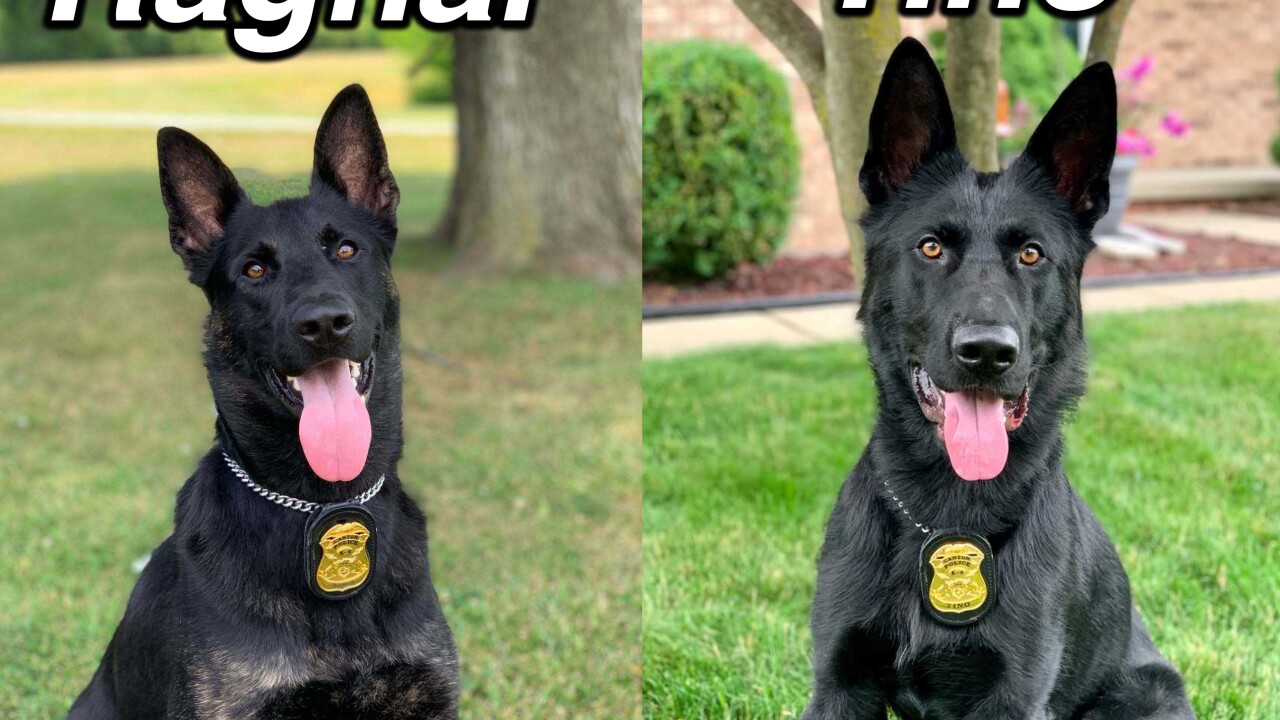 Both officers received certifications from the National Association Of Professional Canine Handlers and the K9 Academy Training Facility.

According to the department, both teams completed advanced obedience training during the 288-hour certification program, along with training in tracking, evidence searches, building searches, area searches and handle protection. They are also certified to find drugs.

Ragnar is a Dutch-German Shepherd cross breed, while Tino is a German Shepherd. Both are 17 months old and were imported from east Germany.

According to police, drug forfeiture funds were used to purchase and train the canines, and they were also used for expenses including food, equipment and veterinary services.

They received raid vests from Brady's K9 Fund, a nonproit founded by a 9-year-old who works to provide vest protection for police canines.

"We are grateful for the generous donations from both non-profit organizations,” said Public Safety Director Joshua Meier. “Our K9 units have always received tremendous support from the community, and these donations of safety enhancements are reflective of the compassion expressed and felt toward our canine officers,” Meier adds.