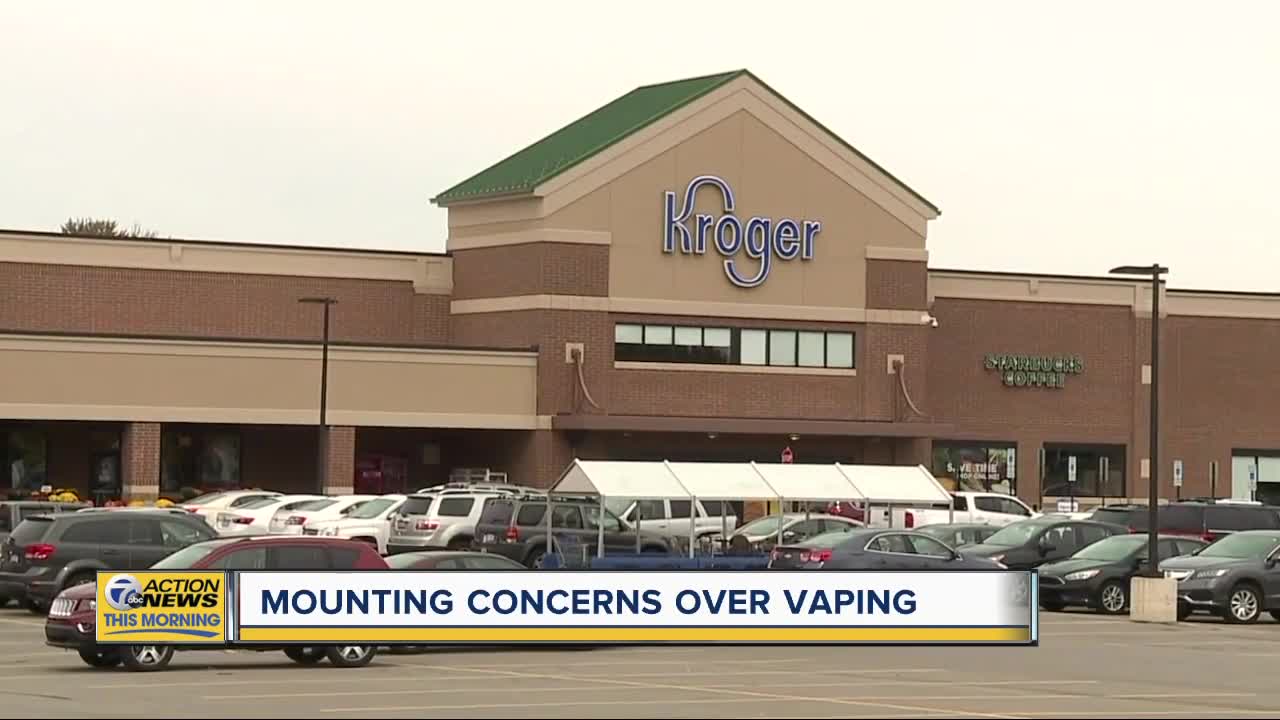 (WXYZ) — The pressure is mounting against vaping, and now two major stores will stop selling vaping products. Meanwhile, two school districts out west are suing the makers of vaping products.

Kroger is the latest store to say they are done selling vaping products .

"Kroger is discontinuing the sale of electronic nicotine delivery products, or e-cigarettes, at all store and fuel center locations due to the mounting questions and increasingly-complex regulatory environment associated with these products. The company will exit this category after selling through its current inventory."

Walgreens has also announced they too will stop selling vaping products.

According to the Centers for Disease Control and Preventing, so far there has been more than a thousand injuries associated with vaping.

Eighteen deaths have been confirmed in 15 states.

A ban on selling flavored cigarettes went into effect last week in Michigan .

Now two school districts – one in Kansas and another one in Missouri – are suing e-cigarette maker Juul, accusing the company of marketing to teenagers.

The lawsuit stating in part: "Youth-targeted product design and marketing, and years of misstatements and omissions regarding its products, Juul succeeded in addicting a generation of youth to nicotine."

Juul has not yet commented on the lawsuit.