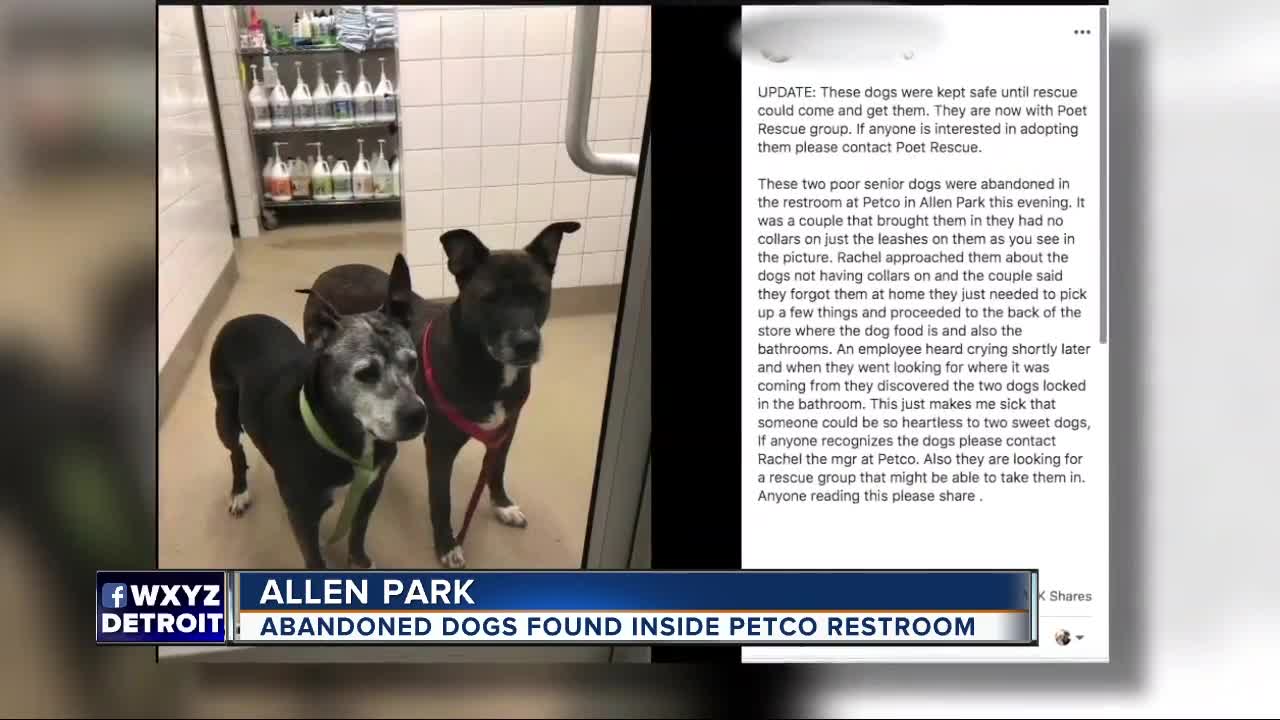 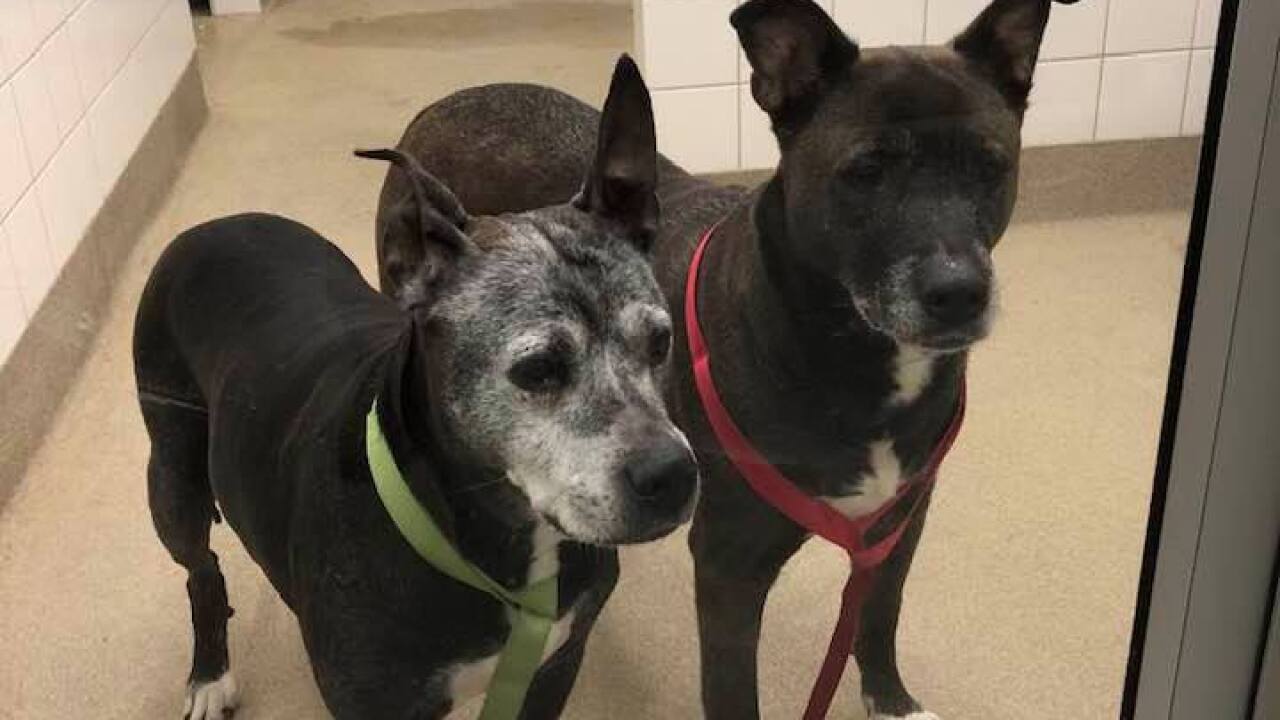 ALLEN PARK, Mich. (WXYZ) — Two dogs who were left by their owners inside an Allen Park Petco restroom have been handed over to a local rescue group.

On Saturday evening, the two older dogs were brought into the Petco store by a couple, according to a Facebook post. The dogs had no collars, just leashes, according to a shopper in the store at the time.

The shopper, Julie Sly, wrote in the post that an associate initially approached the couple about the dogs not having collars, and the couple responded that they had forgotten them. The couple then stated that they just needed to grab a few things for the dogs, that's when they went to the rear of the store where the dog food is located, as well as the restrooms.

Shortly after, an employee heard crying coming from the restroom area. That's where the dogs were found, locked inside.

The dogs were later taken to P.O.E.T. Animal Rescue where they are now in a foster home and available for adoption.