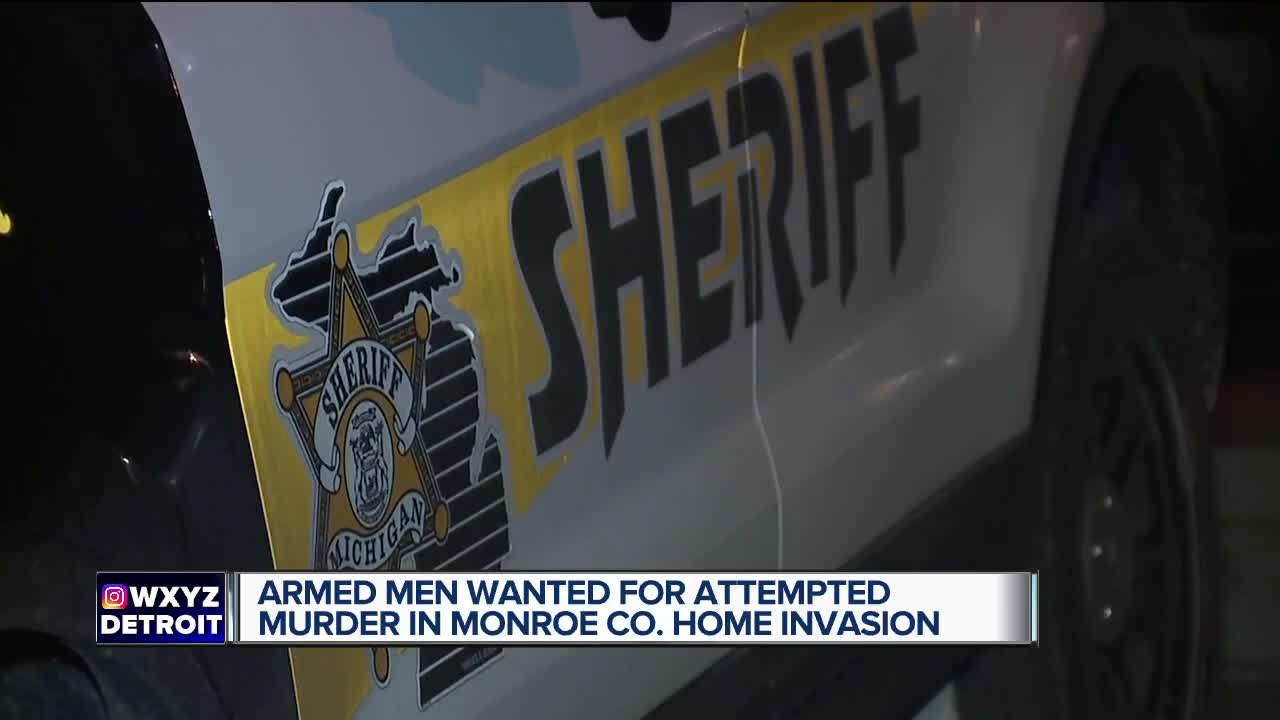 Deputies are investigating an attempted homicide during a home invasion where a 24-year-old man was shot and is now listed in stable condition.

MONROE COUNTY, Mich. (WXYZ) — Deputies are investigating an attempted homicide during a home invasion where a 24-year-old man was shot and is now listed in stable condition.

The incident happened at 4:40 a.m. in the 4600 block of Colf Road in Exeter Township. A 26-year-old woman inside the home told Monroe County Sheriff's Deputies that two unknown men forced their way into her home. The men were armed with handguns and wearing dark clothing, she said, adding that they also had on masks.

When the suspects were inside the home, police say the woman's 24-year-old brother started to fight one of the suspects. During the scuffle, the 24-year-old was shot in the right side of his body.

Both suspects then fled from the home.

When investigators arrived on the scene with a K9 unit, they were able to track as far as several homes east of the targeted residence, but that's where the search ended.

The 24-year-old was taken to a local hospital and is listed in stable condition, deputies say.

If you have information on this incident, contact the Monroe County Sheriff's Office at 734-240-7530.