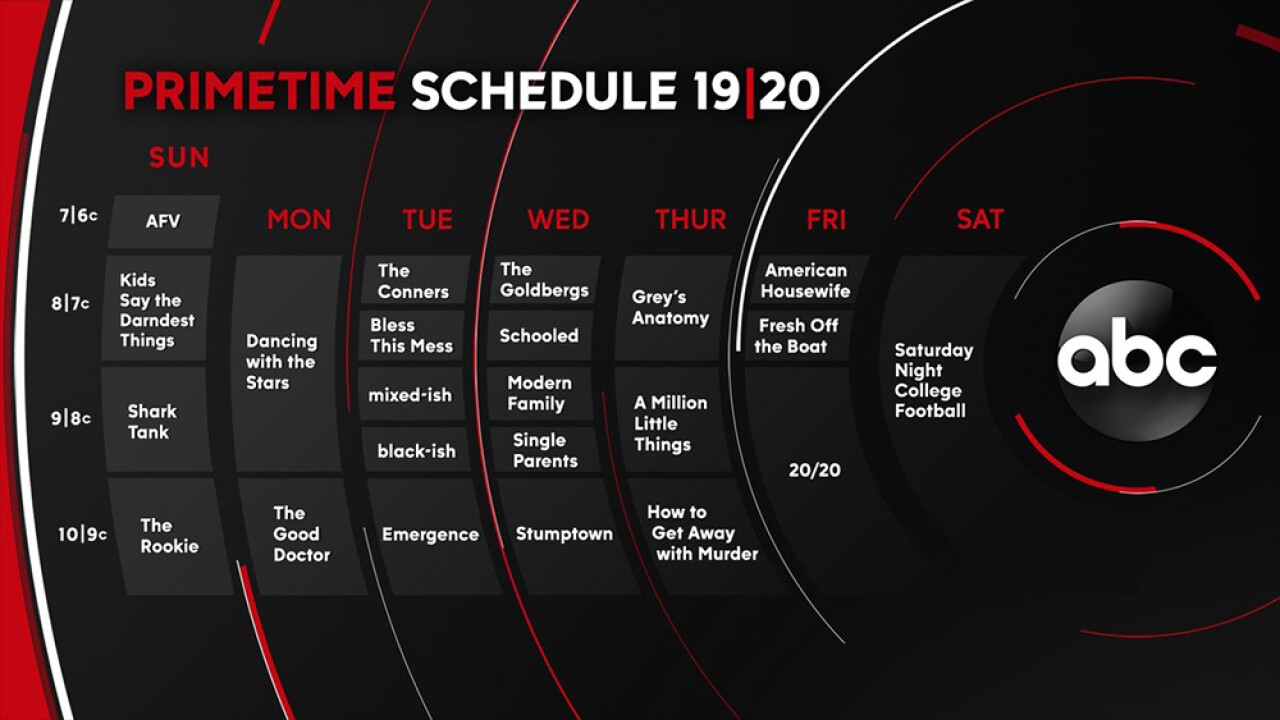 Three new scripted series will debut in the fall – dramas “Emergence” and “Stumptown”; and the “black-ish” comedy spinoff “mixed-ish” – a remarkably fewer number, thanks to the consistent viewership that many of ABC’s current shows continue to offer. In the current season, ABC claims six of the Top 20 broadcast entertainment shows, including two of the top four dramas – “Grey’s Anatomy” and “The Good Doctor” – and the No. 1 new comedy, “The Conners” – all of which will return in the fall.

*New shows are in bold.*