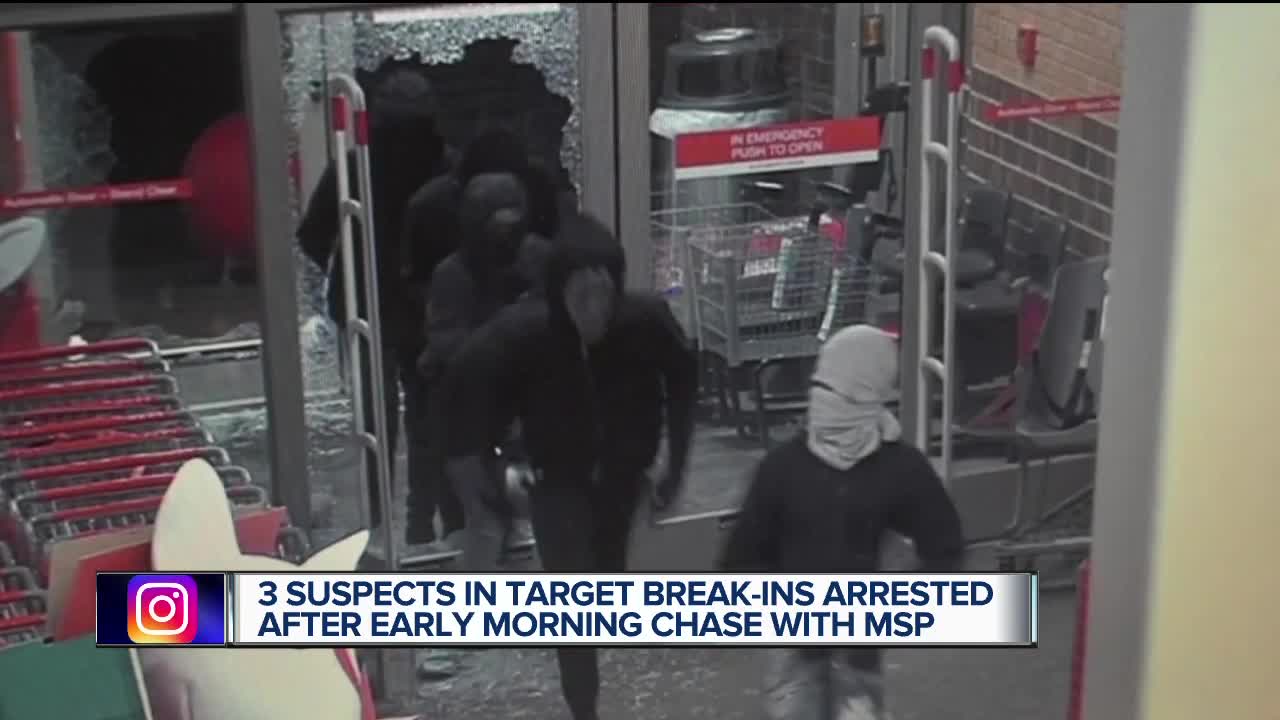 Police say they have 3 suspects in a series of Target robberies in custody following an early morning chase with Michigan State Police. 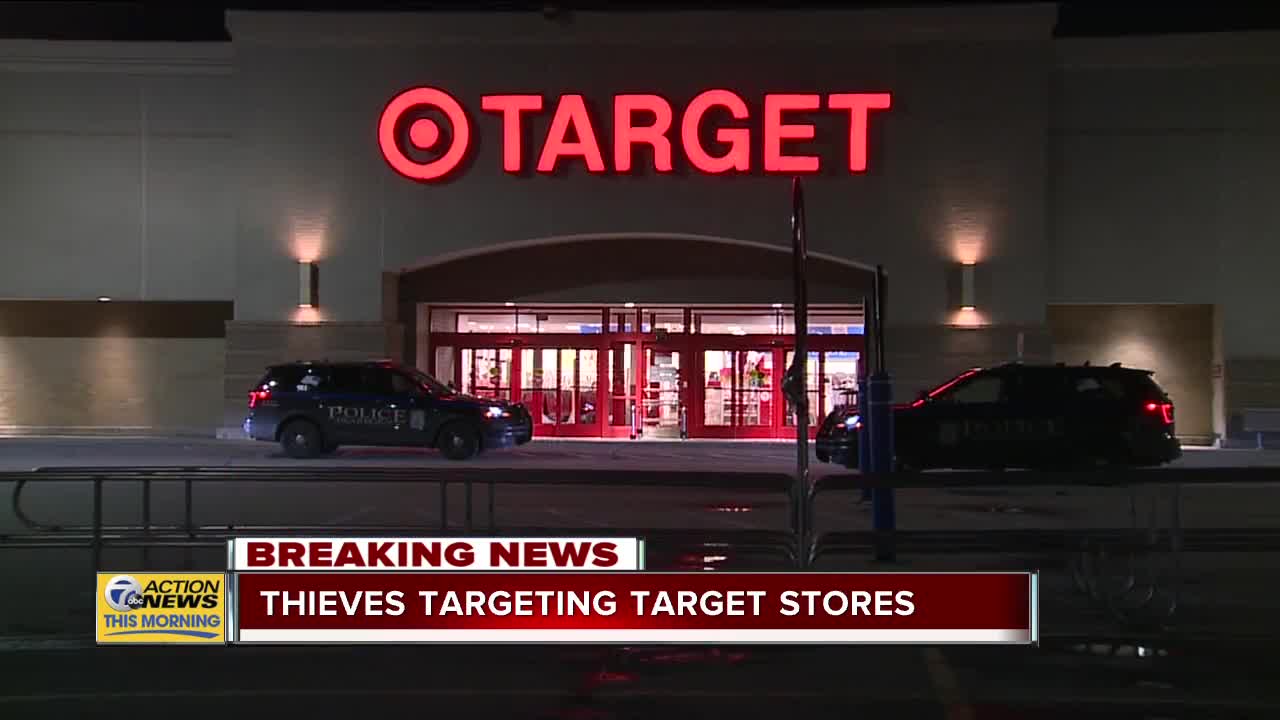 (WXYZ) — Michigan State Police said three suspects in a string of break-ins at Target stores around the area were arrested after a chase early Monday morning.

According to MSP, troopers from the Brighton and Flint posts tracked the suspects and started chasing them. At one point, the vehicle ran off the road and the suspects fled into the woods near M-59.

The pursuit was initiated after Fenton police were contacted by Target Corporate Security on Jan. 13 around 2 a.m. on a report of three men who had forced their way into the store.

When officers arrived at the location, they found the suspect's vehicle, a black Chevy malibu, exiting the Target driveway and heading westbound on Owen Road toward US-23, according to a police report.

Officers tried to pull over the suspects using a traffic stop with overhead lights and an activated siren, but that attempt was disregarded by suspects, police say. That's when the pursuit took place, taking officers between Genesee and Livingston counties. Michigan State Police joined the pursuit, deploying stop stickers near Fausett Road, which were effective in stopping the malibu just south of M-59.

Once the vehicle stopped, the suspects fled on foot. A 17-year-old from Grand Rapids was apprehended by police first, as the other two suspects continued to flee.

An MSP K-9 unit was brought in and drone technology was used to track down the remaining suspects. It wasn't until police received a tip from a driver who said the two suspects on the loose had asked for help on Hyne Road near US-23. Officers were able to located the remaining suspects and take them into custody.

Police said these suspects were connected to break-ins at Target stores in Fenton and Brighton.