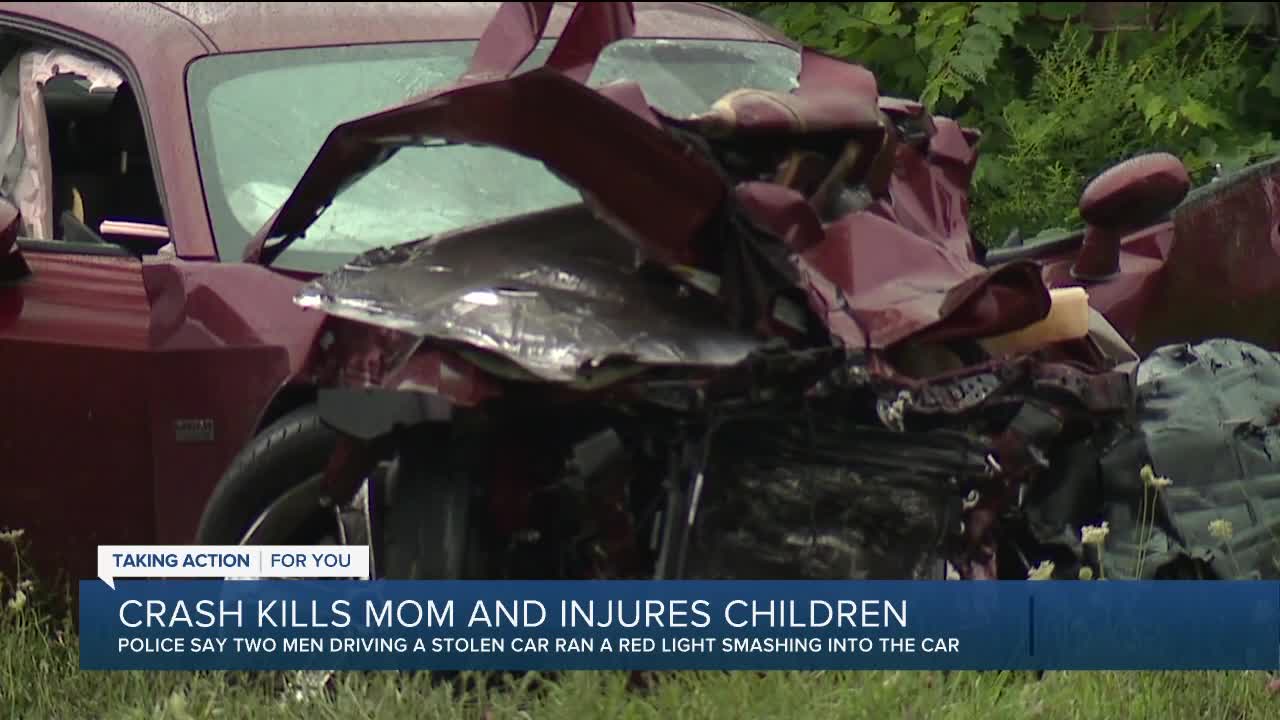 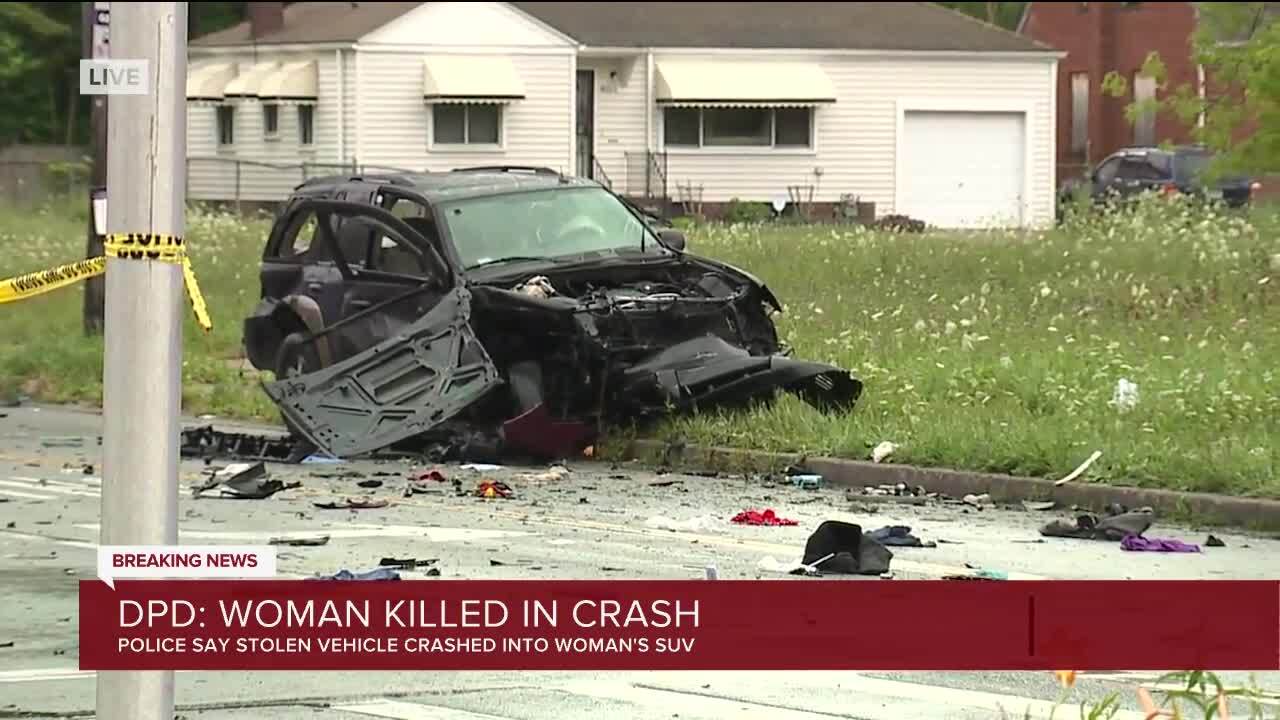 DETROIT (WXYZ) — A 33 year-old woman is dead and three children were taken to the hospital after a man driving a stolen vehicle crashed into their vehicle on Detroit's east side.

The crash happened around 4:45 p.m. Saturday in the area of Chalmers and Seymour, according to police. The suspect, an 18-year-old man, was driving a stolen Dodge Challenger at a high rate of speed when it collided with the victim's Chevrolet Trailblazer.

The driver and a male passenger were taken into custody and was conveyed to a local hospital with non-life threatening injuries. A weapon was also recovered from the stolen vehicle.

The woman was pronounced dead at the scene. The three children in her vehicle — ages 12, 5 and 5 — were taken to a local hospital and are listed in stable condition.