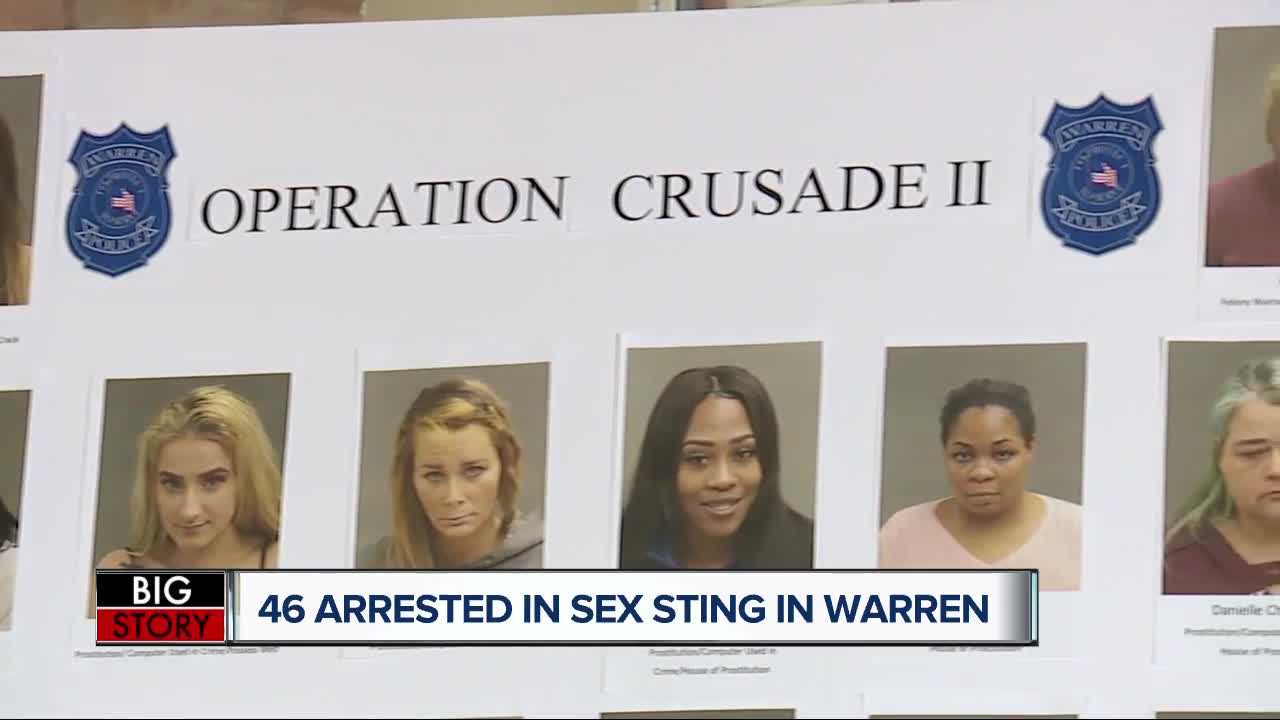 Forty-six people have been arrested in a human trafficking sting in Warren. 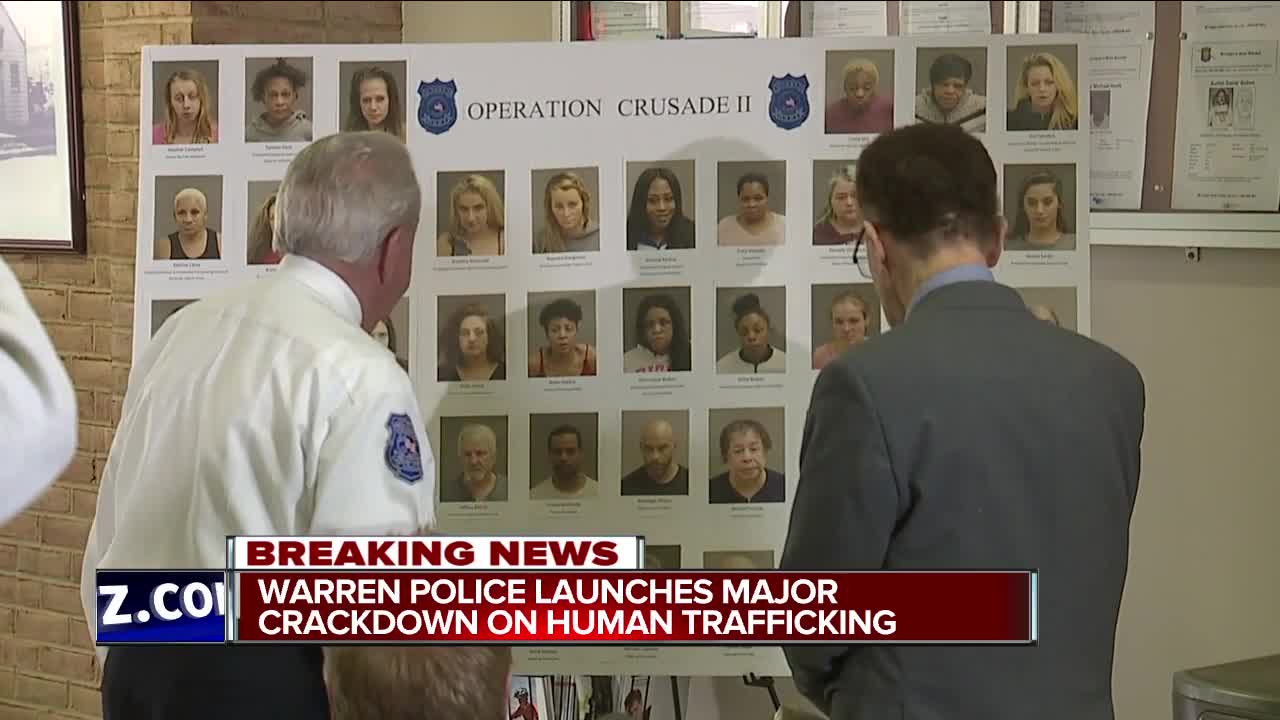 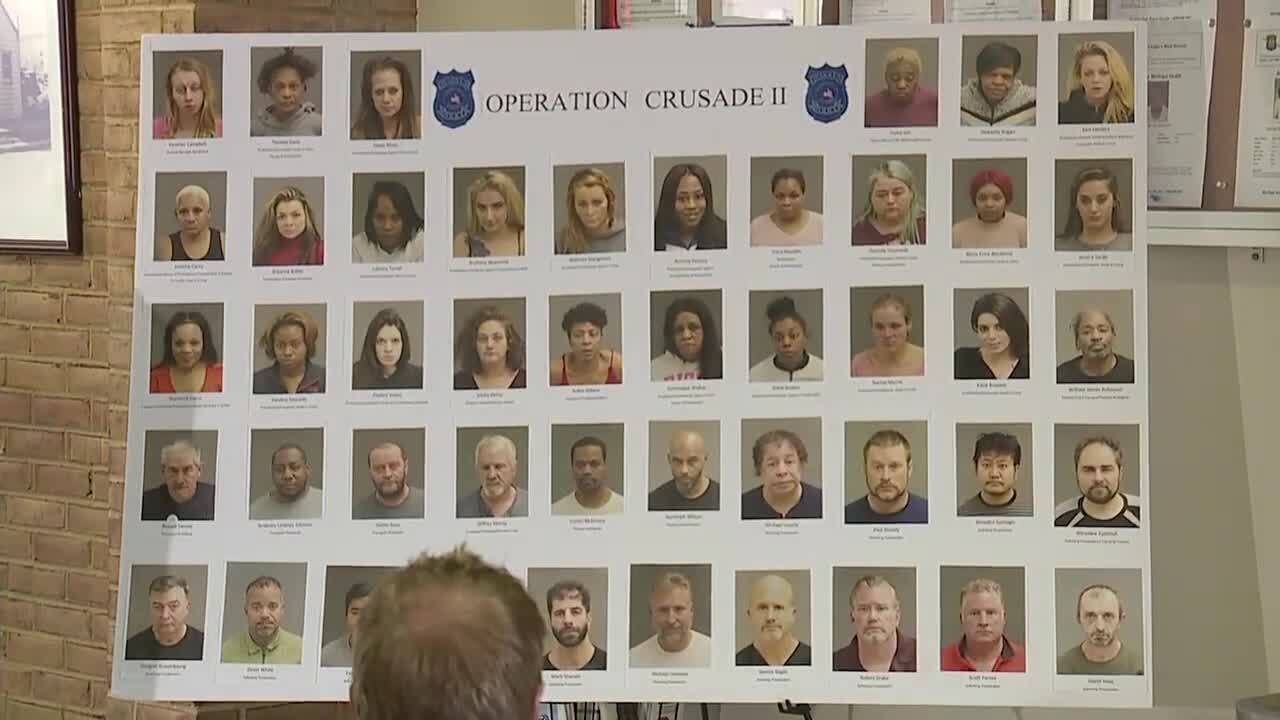 WARREN, Mich. (WXYZ) — Warren police have arrested 46 people in connection to a human trafficking and prostitution sting in the city. It's the second time this year.

The 25 women and 21 men were arrested over the last three days and charged with prostitution, pandering and drugs. The men range range in age from 25 to 59 years old, while the alleged prostitutes ranged in age from 18-20.

Warren Police Commissioner Bill Dwyer said all have been arraigned with the most-serious charge, transportation for prostitution and taking money from prostitution, both 20-year felonies. According to police, they would advertise online and through phone apps, moving around different hotels and motels in the area.

"In this phase of the investigation, we've learned that drug dealers are now utilizing prostitutes, who in many cases are the victim, in selling drugs to their customers," Dwyer said, adding that undercover officers were sold narcotics during the sting.

According to a detective, the hotels are working with police and notifying them of suspicious activity when they think there is human trafficking or prostitution going on.

Right now, police say there was no human trafficking of underage girls or women held against their will.

According to Dwyer, while no human trafficking victims were identified, the intelligence they obtained will help them in their ongoing efforts to identify victims.

Dwyer said that in the first sting, they were able to identify three victims of human trafficking.

According to police, the people arrested also worked in various jobs, including as a State Farm insurance agent, an On Star technician, Bank of America employee, student in East Lansing, builders, Iron workers and more.