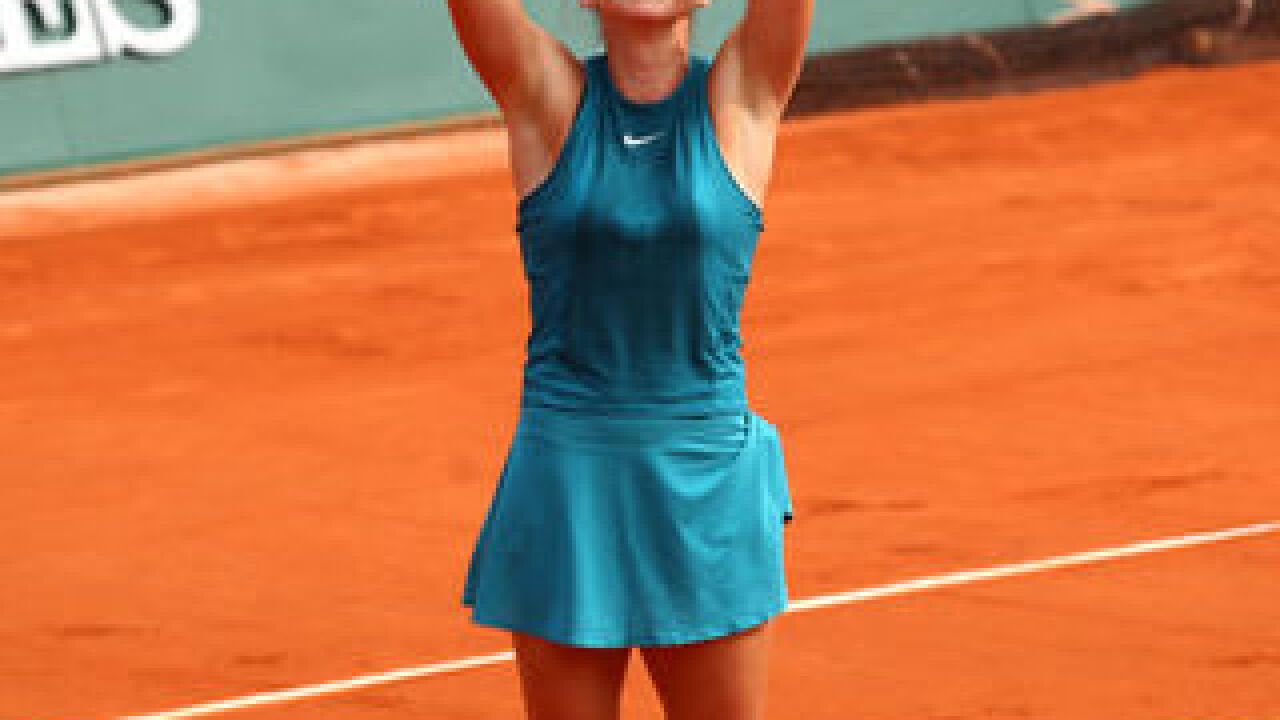 Copyright 2018 Scripps Media, Inc. All rights reserved. This material may not be published, broadcast, rewritten, or redistributed.
Cameron Spencer
<p>PARIS, FRANCE - JUNE 09: Simona Halep of Romania celebrates victory following the ladies singles final against Sloane Stephens of The United States during day fourteen of the 2018 French Open at Roland Garros on June 9, 2018 in Paris, France. (Photo by Cameron Spencer/Getty Images)</p>

Simona Halep kept telling everybody who would listen: She was a different player. She was stronger mentally. She wanted so much to finally win a Grand Slam title and was sure that, one day, she would.

After three losses in major finals, maybe Halep was trying to convince herself as much as anyone else she actually could do it. Either way, she was right.

Halep added Grand Slam trophy No. 1 to her No. 1 ranking, coming back from a set and a break down to beat Sloane Stephens 3-6, 6-4, 6-1 Saturday and win the French Open championship in a match made up of long points and key momentum swings.

The 26-year-old Halep lost in two previous appearances in a final at Roland Garros, against Maria Sharapova in 2014 and Jelena Ostapenko in 2017. Halep fell to 0-3 with a trophy on the line at the

She trailed against Stephens, but this time Halep was able to turn it around. Halep became the first woman from Romania to claim a Grand Slam title since her current manager, Virginia Ruzici, won the French Open 40 years ago.
___
More AP tennis coverage: https://www.apnews.com/tag/apf-Tennis