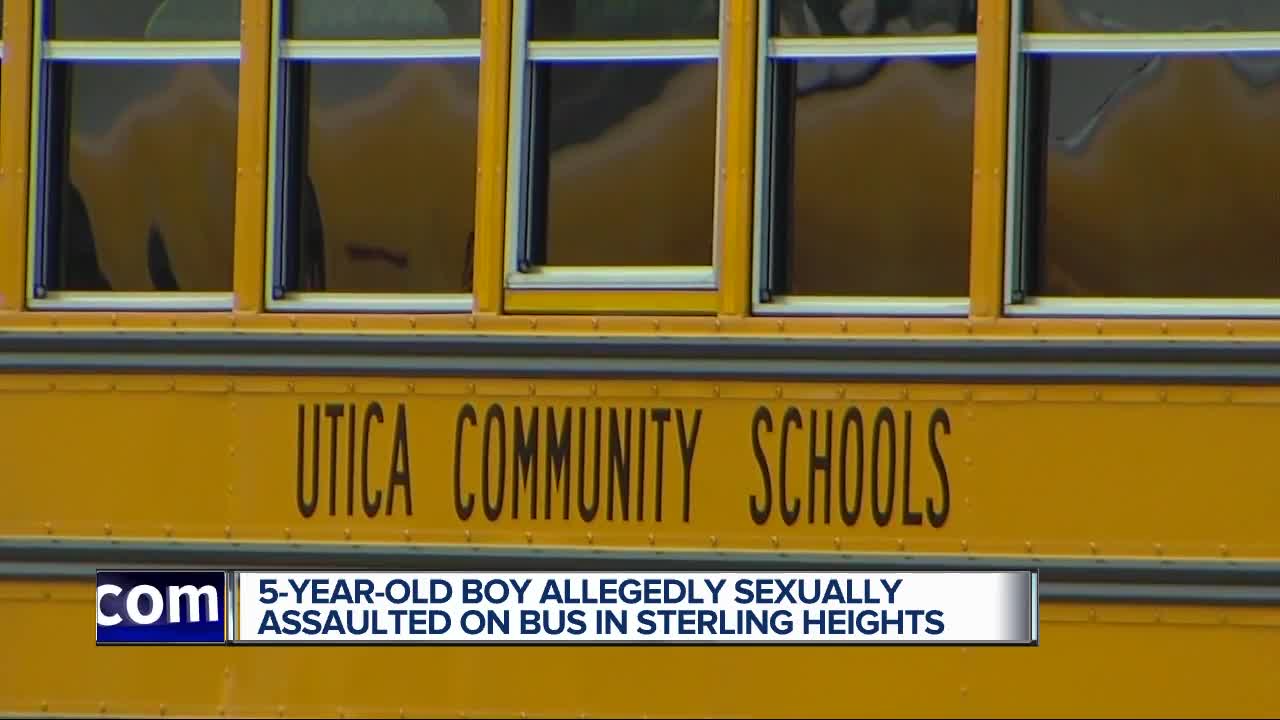 Sterling Heights police are investigating after a 5-year-old was allegedly sexually assaulted on a Utica Community Schools bus. 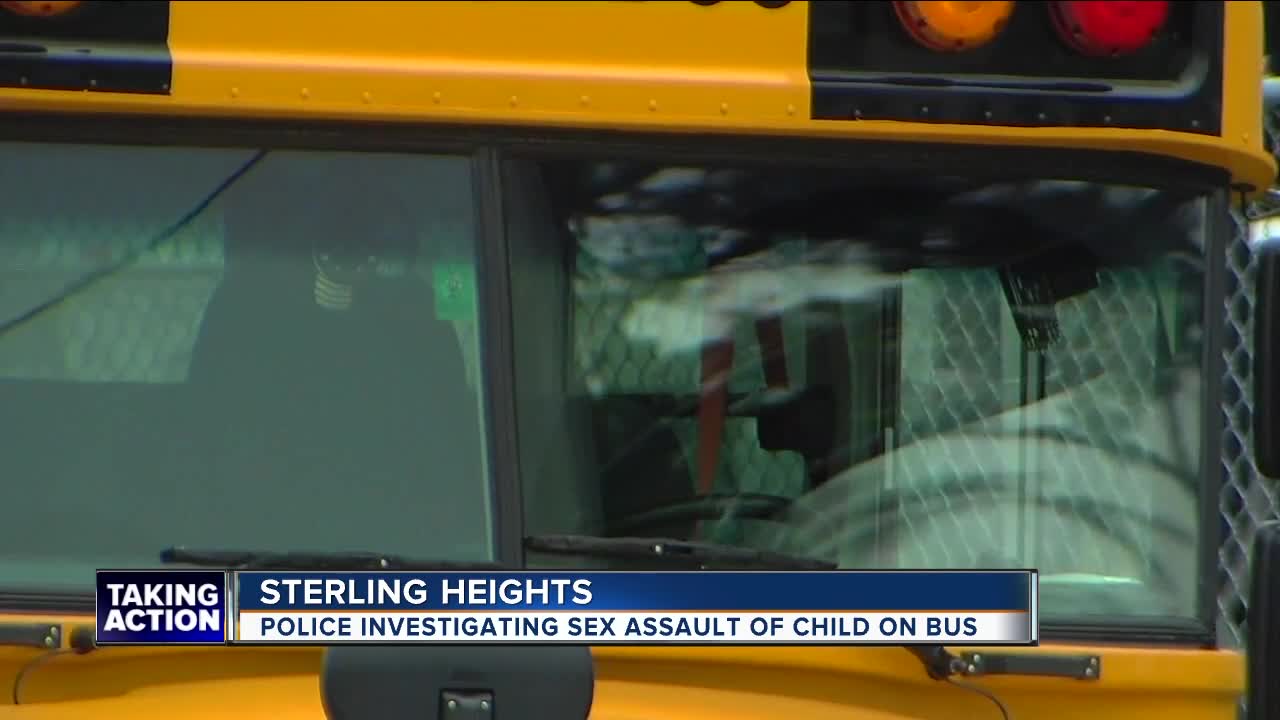 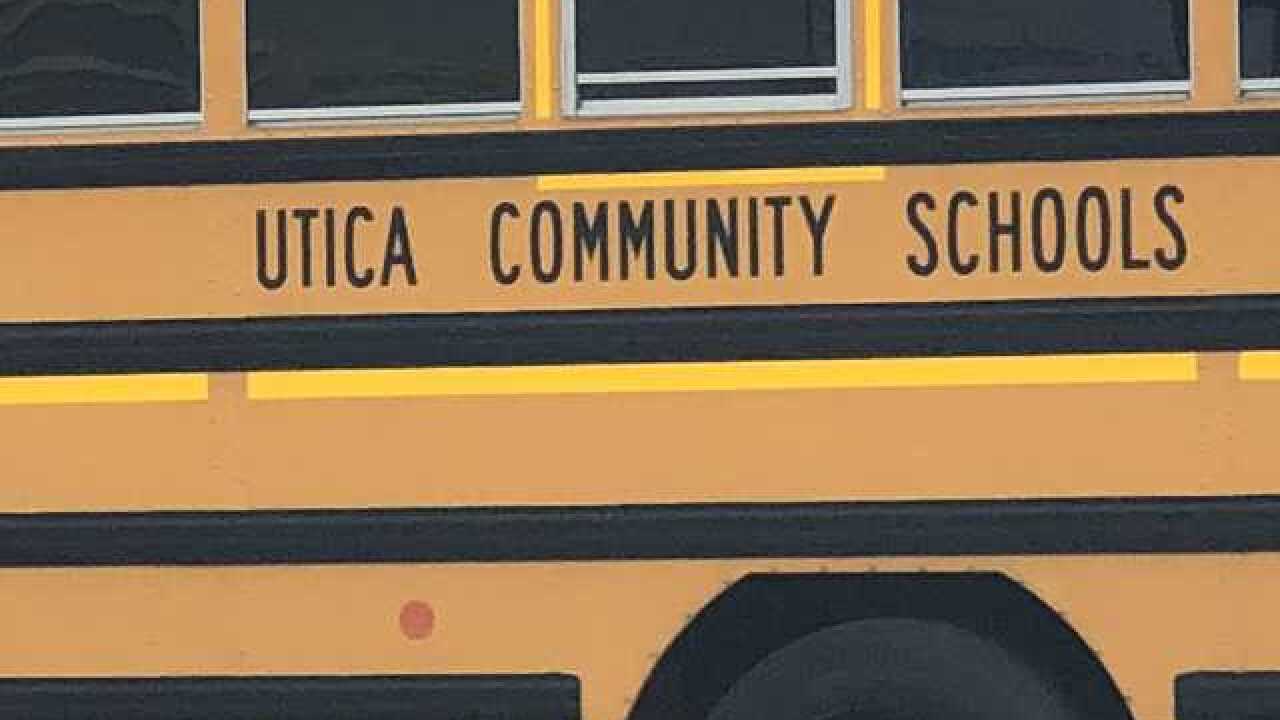 Sterling Heights police are investigating after a 5-year-old was allegedly sexually assaulted on a Utica Community Schools bus.

The bus in question provides service to Harvey Elementary School.

Police say they are currently investigating and that the assault involved juveniles. Police said they cannot comment any further due to the fact it is under investigation.

The mother of the young victim asked a family friend, who also has a child on the same bus, to speak to 7 Action News on her behalf about the allegations and their concerns.

Action News is not identifying that family friend in order to conceal the identity of the five-year-old victim, and she said an older student forced the boy to perform a criminal sex act on him on the bus ride home from school Wednesday.

Other children on the bus tried to alert the bus driver, said the family friend, but that she dismissed them, telling them to be quiet or they'd be written up.

When the students exited the bus, the alleged victim and other children reported the incident to their parents.

The buses for Utica Community Schools are operated by the district. A spokesperson for the district would not say if the bus driver is on leave pending the outcome of the investigation.

The following letter was sent to parents of Harvey Elementary School by a staff member:

I am writing to make you aware of an alleged incident that was reported to me regarding one of our school buses.

We are working with the Sterling Heights Police Department to investigate this matter.  As is our established district protocol, the student involved is not in school.

We are committed to keeping Harvey Elementary a safe place for students and staff. Please take this opportunity to speak with your child, letting them know that we will not tolerate any behavior that is threatening or inappropriate.