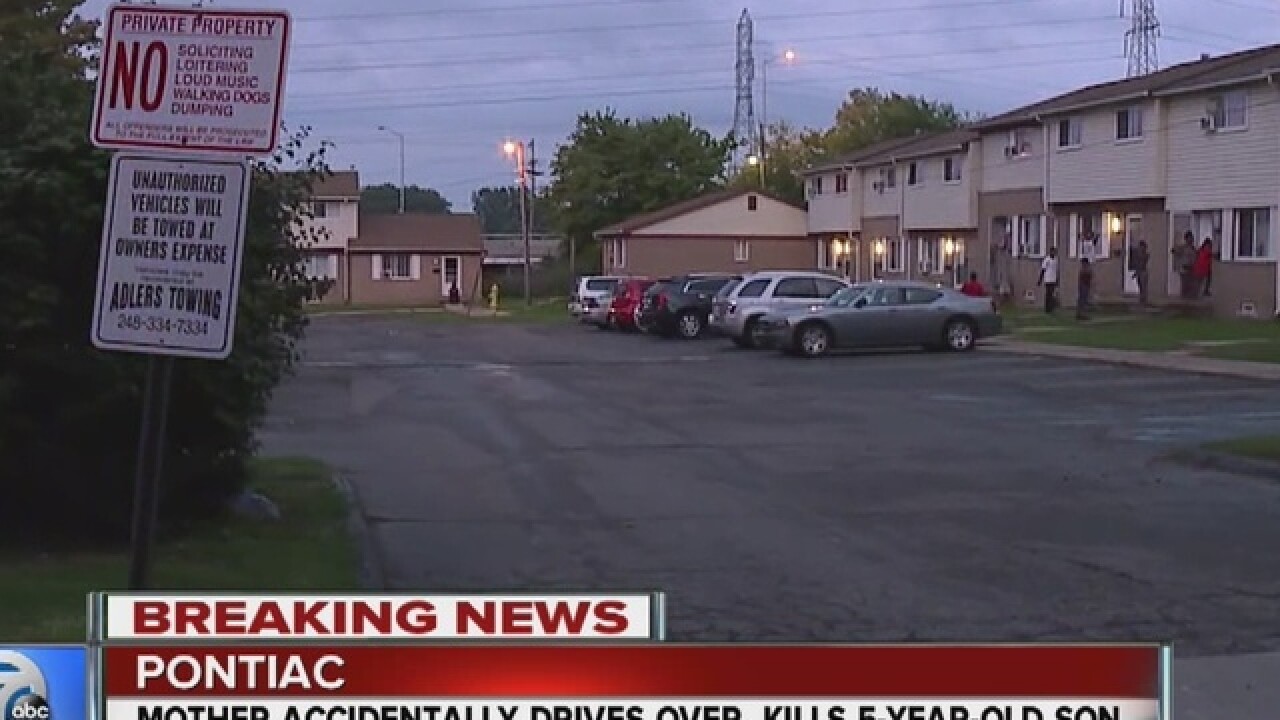 A five year-old boy was accidentally run over and killed by his own mother, according to the Oakland County Sheriff's Office.

It happened at 4:46 p.m. on Kettering near Newman.

According to the accident report, the 25 year-old mother was driving her 2006 Chevrolet Uplander when she heard one of her children call out to her.  She slowed down to stop and heard a thump.  When she got out of the vehicle, she realized she ran over her son.

According to investigators, drugs or alcohol did not appear to play a factor in the crash, which is still under investigation.