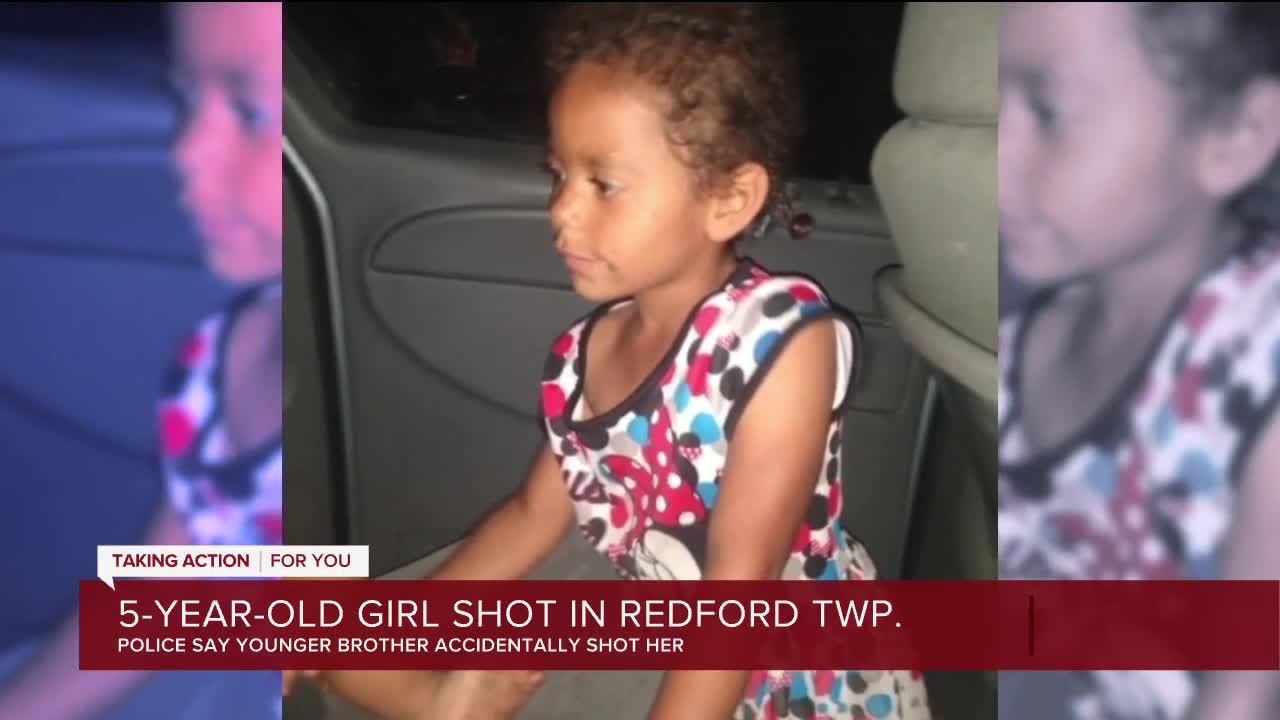 REDFORD TOWNSHIP, Mich. (WXYZ) — Redford Township police are investigating after a 5-year-old girl was accidentally shot in the head by a sibling overnight.

It happened inside a mobile home off of Plymouth Road near Hemingway just before 2 a.m. Sunday.

The child's mother, Melissa Kiser identified the girl as 5-year-old Karina Norwood. Kiser said Norwood suffered a brain bleed and needed stitches, but is in stable condition at Children's Hospital.

"I’m hurting down inside because of what happened to my baby," Kiser told Action News. She hopes this terrible accident serves a sobering reminder to parents to keep guns locked away.

Kiser said she thought the gun was kept out of her kid's reach, but that somehow her 4-year-old son found it and thought it was a toy gun.

“I just advise all you parents to put up all guns and keep them away from your kids," she said Sunday morning.

"Preliminary investigation indicates the child was sleeping and that the 4-year-old may have been standing over the child," said Capt. Al DiPrima with the Redford Township Police Department. “A millimeter, an inch in a different direction and this could be a whole different scenario here.”

Capt. DiPrima said both parents are cooperating. Charges are possible he said, although that's ultimately left up to the Wayne County Prosecutor's Office.

A handgun was recovered on scene and is with police as they continue their investigation.

In addition to Karina and her younger brother, a 3-year-old and a 1-year-old were also inside the home at the time.

"There’s portable safes, there’s safes that can be mounted to floors. A simple solution is gun locks; these are locks that will lock into the trigger mechanism of a weapon and make it impossible for the weapon to be even fired," Capt. DiPrima said regarding securing guns in the home.